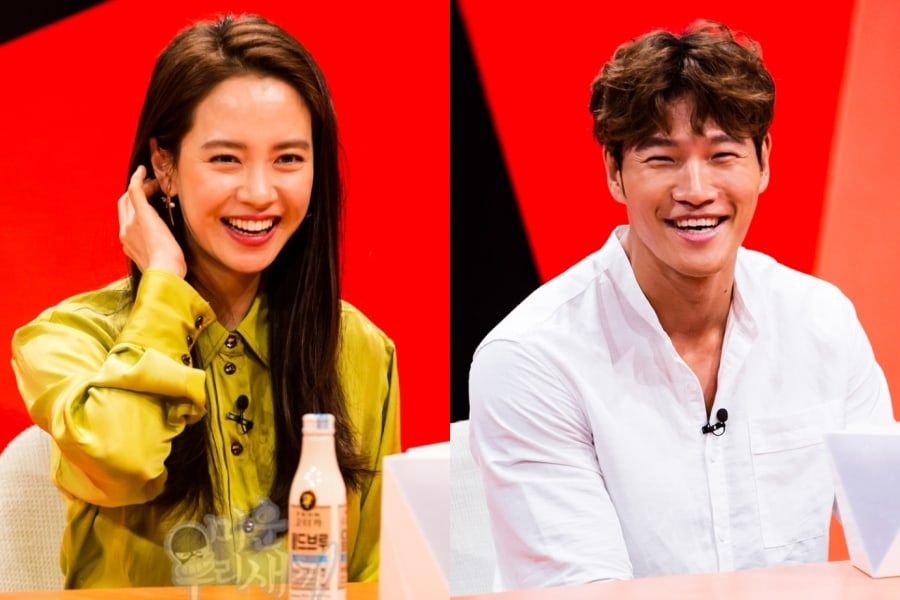 Song Ji Hyo had lots of positive things to say about Kim Jong Kook on SBS’s “My Ugly Duckling.”

On March 25, the reality show aired the second part of the episode featuring Song Ji Hyo as a guest panelist. Kim Jong Kook recently became a fixed member of “My Ugly Duckling” when he moved out of his parents’ home after living with them for 42 years.

Song Ji Hyo, who knows Kim Jong Kook well after working with him for years on SBS’s “Running Man,” shared her thoughts on his recent change in lifestyle. She said, “To be honest, we talked a lot amongst ourselves about how Kim Jong Kook needs to appear on ‘My Ugly Duckling.’ We said that he needed to get out of [his parents’] home for his mom’s sake.”

The actress then revealed that no matter how early the call time, Kim Jong Kook always ate breakfast prepared by his mom before going to work. She added, “We said that he needed to get married quickly even for his mom’s sake.” 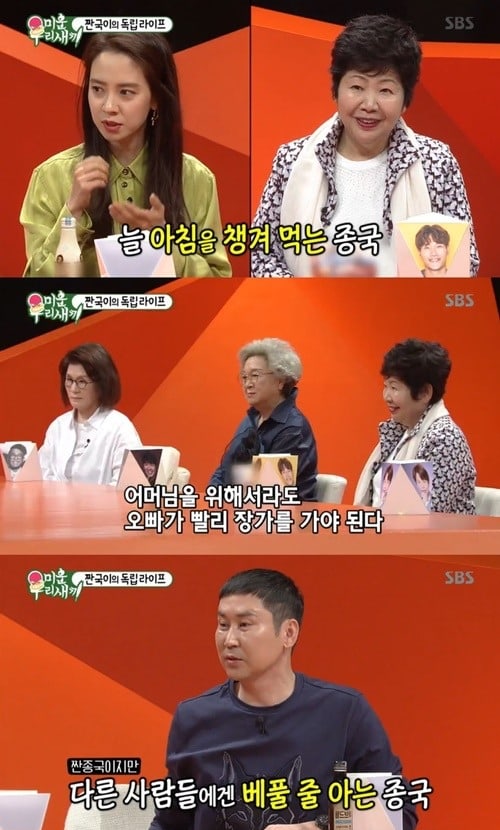 After watching a video that showed Kim Jong Kook’s thrifty side, MC Shin Dong Yup said, “He is generous to others.” Song Ji Hyo agreed, adding, “He spends a lot on people around him, but he looks the same as he did eight years ago. He hasn’t changed. His clothes and accessories are the same as eight years ago. His hairstyle is the same too. He does more for those around him than he does for himself.”

Watch the latest episode of “My Ugly Duckling” now!