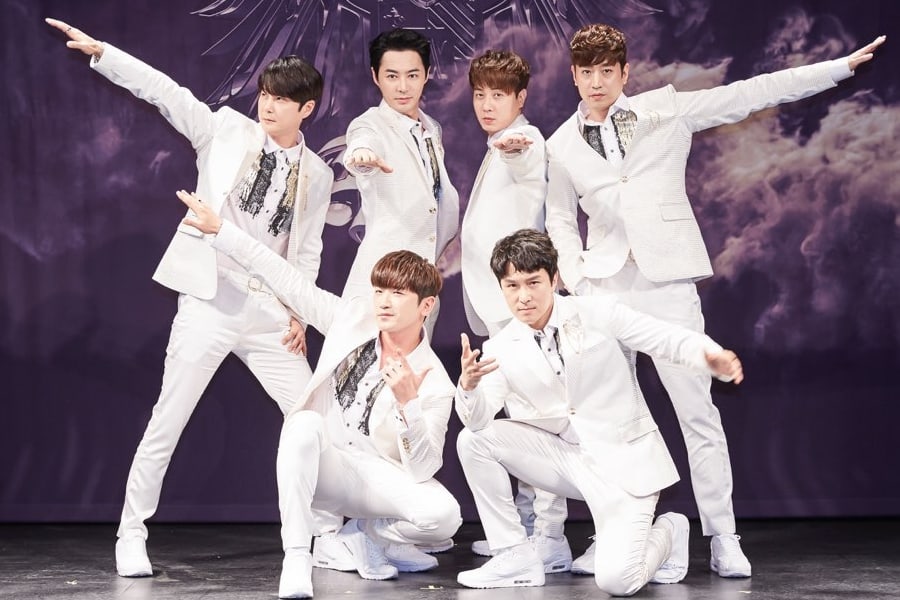 On March 25, Shinhwa celebrated their 20th anniversary by holding a special party with their fans called “All Your Dreams” at the SK Olympic Handball Gymnasium in Seoul. At a press conference for the event, Shinhwa talked about their most difficult moments as a group and how they overcame them.

Shin Hye Sung said, “After our contracts with our first agency SM Entertainment expired, you could say that the process of moving agencies was a shaky moment [for the group]. These days, there are groups that split up at the end of their contracts, but we all shared the mindset that wherever we went, we would go together, so we were able to overcome that uncertain time.”

Lee Min Woo added, “I think we were able to overcome that time because we take pride in and love being a part of the group Shinhwa.” 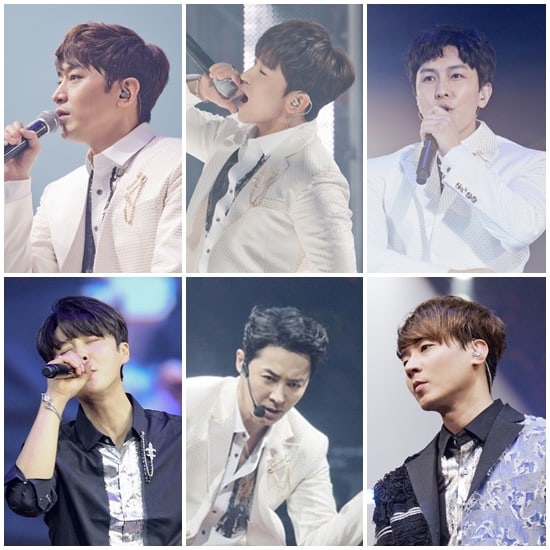 Eric said, “There were some difficult moments during the process of moving agencies, but we didn’t have any doubt about Shinhwa being the six of us. I actually think that the most nerve-wracking time for us was when we went to the military. Our feelings didn’t change, but since the entertainment industry moves so quickly each day, we were really worried about whether our fans would wait for us. Thankfully, however, our fans did wait for us, and we were able to make a successful comeback.”

In celebration of their 20th anniversary, Shinhwa will release the gift single “All Your Dreams (2018)” online on March 26 at 12 p.m. KST.