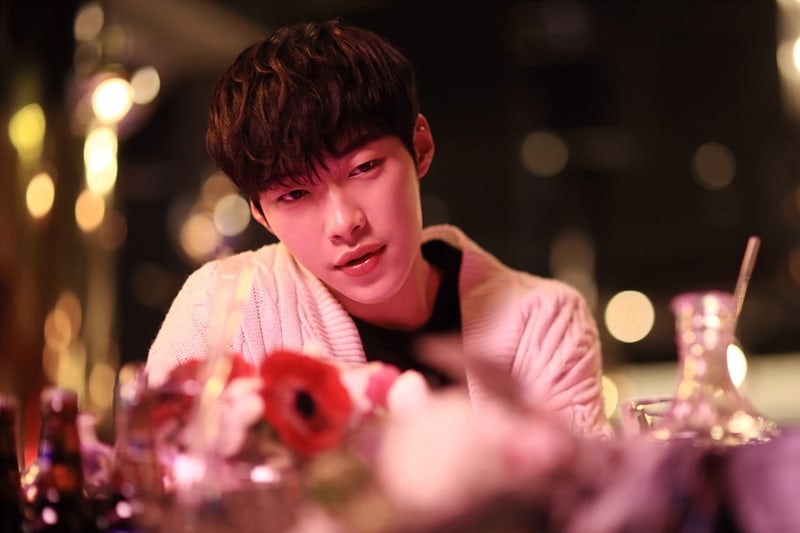 Woo Do Hwan Opens Up About His “Tempted” Character, Main Cast’s Strong Bond, And More

Actor Woo Do Hwan sat down for an interview recently to talk about his experience working on MBC’s Monday-Tuesday drama “Tempted” so far. He currently plays Kwon Shi Hyun, who is not only out to seduce Eun Tae Hee (played by Red Velvet’s Joy), but is ready to steal the hearts of viewers as well.

Woo Do Hwan began the interview by stating, “A lot of people around me have told me that they’re enjoying the drama and that they support me.” He went on to say, “My friends tell me that my character is just like me in real life. I smile and joke around a lot when I’m with my friends, so they tell me, ‘When you’re acting out scenes with Se Joo (played by Kim Min Jae) and Soo Ji (played by Moon Ga Young), it’s like watching you hang out with us. It feels like you’re just there to have fun, not actually film something.’ They say that Kwon Shi Hyun is also like me in that we both are very honest when it comes to expressing our emotions.” 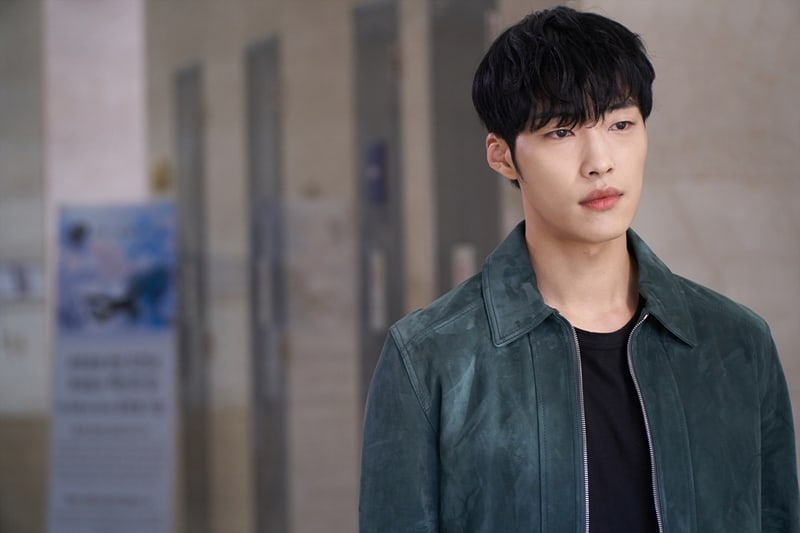 The actor also opened up about his chemistry with Joy. When asked what the secret to their partnership is, Woo Do Hwan smiled shyly as he said, “I guess it’s because we’re comfortable with each other as friends.” However, he said that he’d rate their chemistry 90 points out of 100 for now and explained, “I’ve left the remaining 10 points for what’s to come. I think we’ll reach 100 naturally as the story progresses and Shi Hyun and Tae Hee’s relationship deepens.” He also had nothing but good things to say about Joy as he said, “She’s very similar to her character as well. She’s easy-going, positive, and has a strong spirit. She has a heart as kind as Tae Hee’s, so I’m learning a lot from her as we work together.”

Woo Do Hwan also spoke well of Moon Ga Young and Kim Min Jae as well. He stated, “Moon Ga Young is always at ease on set, probably because she has experience as a child actress, and she spreads her positive energy to everyone. She’s kind and soft-hearted unlike her character, so I’m always surprised to see her playing Choi Soo Ji because it’s so different from what she’s actually like.” Regarding Kim Min Jae, he said, “He’s someone who’s like a brother to me. Though I’m older in age, he has a mature personality that makes it feel like I’m younger than him at times. I rely on him a lot.”

He continued to talk about the strong teamwork between the main cast of “Tempted” as he said, “I hope the four of us stay friends for a long time after the drama ends.” 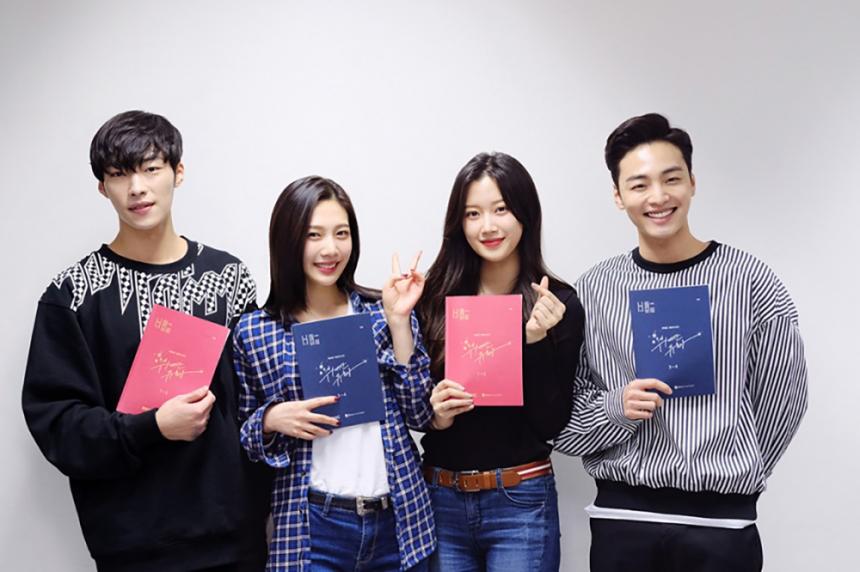 Finally, Woo Do Hwan shared what to look out for in the upcoming episodes of “Tempted.” Choosing the changing dynamics of Shi Hyun and Tae Hee’s relationship as something to keep an eye on, he explained, “Tae Hee will soon find out that everything was a game of seduction, and it will be interesting to see how Shi Hyun responds to her reaction. The parents’ stories will also be something to watch along with the tangled relationships of the main cast.”

“Tempted” tells the story of youths who jump into a game of love and seduction without realizing that their entire lives are on the line. The show airs every Monday and Tuesday at 10 p.m. KST. Check out the latest episode below!