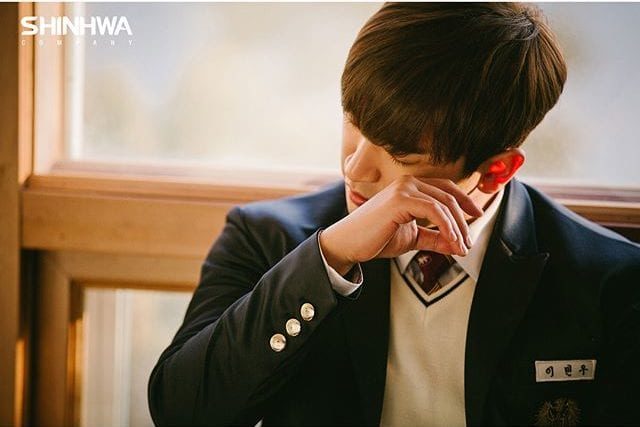 Shinhwa’s Lee Minwoo Comments On The Reunions Of H.O.T And SECHSKIES

Shinhwa’s Lee Minwoo touched on the reunions of H.O.T and SECHSKIES.

During a press conference that took place at Seoul Olympic Park on March 25, Lee Minwoo mentioned his pride for being in Shinhwa and talked about the return of H.O.T and SECHSKIES. He said, “Personally, I was happy when SECHSKIES and H.O.T reunited. I was pleased. I cheered for my colleagues very loudly in my heart. I hope they will keep showing those sides of themselves.”

Shinhwa is releasing the remake of their track “All Your Dreams” on March 26 to celebrate their 20th anniversary.

SECHSKIES
Shinhwa
H.O.T.
Lee Minwoo
How does this article make you feel?