QUIZ: Are These Famous Names Younger Or Older Than Soompi?

Twenty years ago today, a K-pop fan named Soomp launched Soompi.com (evolved from what was initially her H.O.T. blog; and word is no, Soomp did NOT cry when H.O.T. reunited on “Infinite Challenge“), spreading the word and sharing the love with fellow fans. At the time, K-pop fans were fewer and farther between, and really had nowhere to go to let out their repressed K-pop feelings, so Soompi was pretty much the oasis in the desert of English K-pop news. Thanks Soomp. 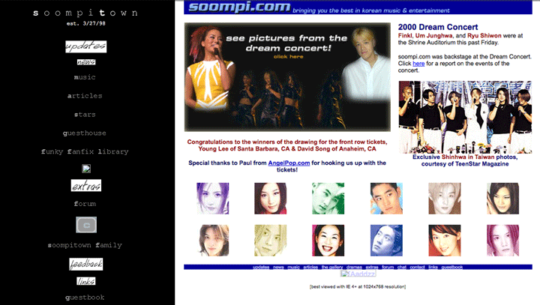 Over the years, as K-pop grew, so did Soompi and the K-pop community. We now we serve fans from all around the world. That’s something to celebrate: us, and you, whether you’ve been with us since the beginning or you just joined yesterday.

Without further ado, join us in a little bit of fun and reminiscing with the quiz below!