The cast and crew of upcoming drama “Rich Man, Poor Woman” recently held a ceremony to wish for good luck.

The cast and crew prayed for the drama to do well, and each person showed their affection for their upcoming project. Suho participated in the ceremony as the representative of the cast, and all of the actors stood together as they prayed for everyone to say safe while filming the drama. Min Doo Shik stated, “I will do my best to make sure that all of the cast and crew completes the drama in a safe environment.” 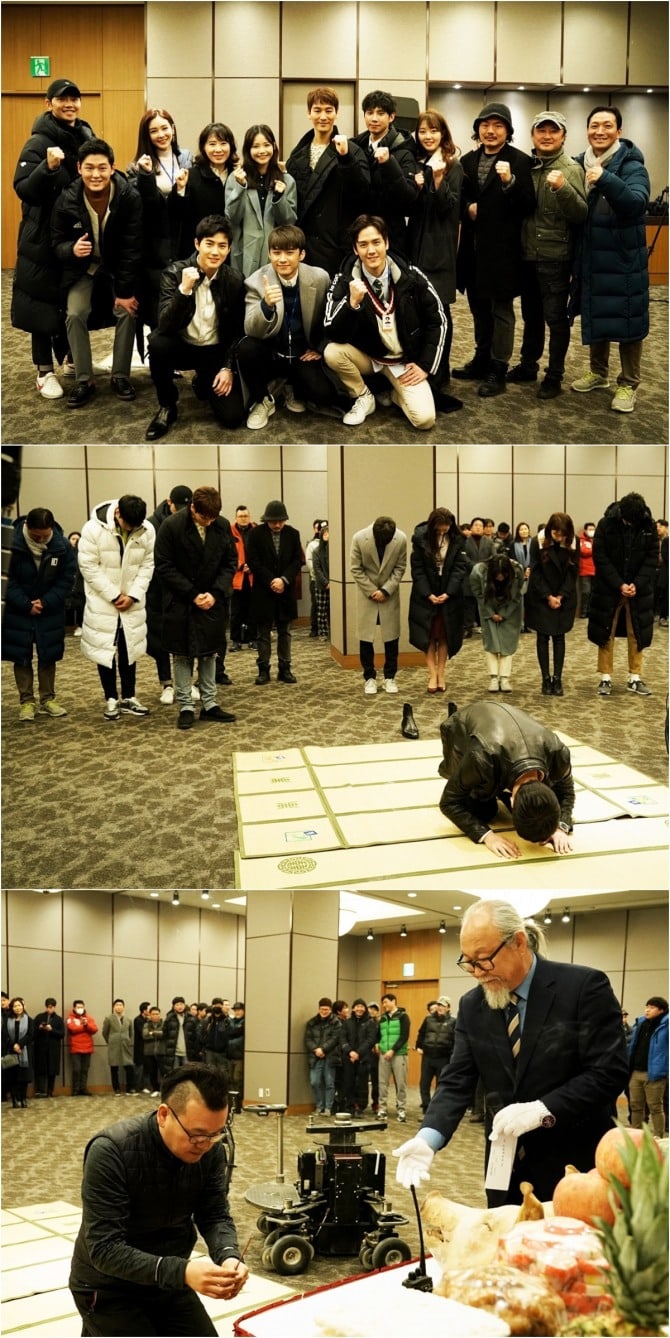 “Rich Man, Poor Woman” is a remake of a popular 2012 Japanese drama of the same name and is a romantic story between genius programmer and Next In’s CEO Lee Yoo Chan and job seeker Kim Bo Ra, who has a positive personality and a memory that matches that of Alpha Go’s. The tangled romantic plots of Lee Yoo Chan, Kim Bo Ra, Next In’s vic president Min Tae Joo, and his younger sister and art curator Min Tae Ra (Kim Ye Won) is sure to be the perfect spring romance for viewers.

The production staff of “Rich Man, Poor Woman” stated, “We were moved by the passion of everyone who gathered to wish good luck for the drama despite their busy schedules. Viewers can expect a great drama from this group of people who have a strong affection for the drama.”

“Rich Man, Poor Woman” will premiere on May 9 at 11 p.m. KST on Dramax and MBN, and will be exclusively available on Viki!