During the broadcast, Song Ji Hyo talked about her long-running variety show “Running Man,” saying, “It’s been nine years since I’ve done ‘Running Man.’ I started when I was 30 and I’m 38 now, so it’s my ninth year on the show.”

The radio hosts then commented, “You ran a lot,” to which the actress replied, “I ran so much, my knees hurt.” 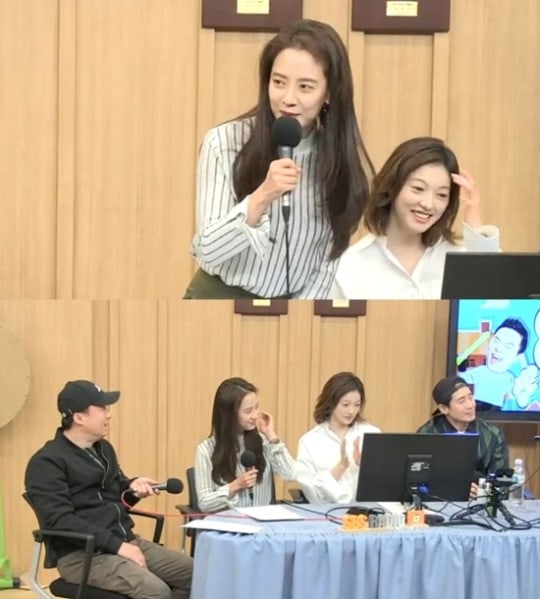 When asked why people should watch her film “Wind Wind Wind,” the actress answered, “The film itself is about cheating, but it’s a movie that will make you feel thankful for the person beside you.”

Meanwhile, you can watch Song Ji Hyo on the latest episode of “Running Man” below!