Girls’ Generation member and actress Seohyun talked about participating in the upcoming concert in North Korea on the March 27 episode of SBS’s “Night of Real Entertainment.”

In the interview, Seohyun said, “Since it’s an honor to be part of it and I’m going with renowned senior artists, it makes me think that I should feel more responsibility and do well.” 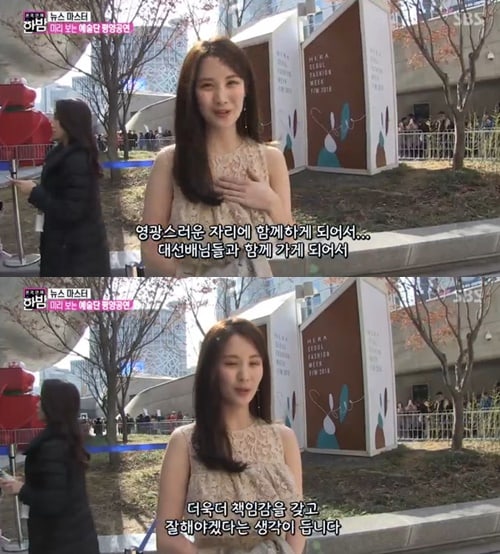 It was previously reported that Seohyun will MC and perform at the concert which will be held from March 31 through April 3 in Pyongyang, North Korea. She will be joining artists including Cho Yong Pil, Lee Sun Hee, Yoon Do Hyun, Baek Ji Young, Jung In, Ali, and Red Velvet.

Girls' Generation
Seohyun
E-news Exclusive
How does this article make you feel?