On the March 26 episode of “Hello Counselor,” members of NCT appeared as guests and shared some of their own concerns!

The KBS 2TV talk show invites ordinary people to share their worries, with a panel of hosts and celebrities commentating and giving advice. The celebrities who guest in each episode are also asked to talk about some of their own concerns too.

When NCT’s Jaehyun, Mark, and Doyoung appeared in the latest episode, Jaehyun talked about one of his worries. He explained that while he’s good at controlling his expressions to hide how he’s feeling, his ears betray him by getting red.

The hosts tested his story by asking him if there were any members of the female celebrity guest panel (which included MOMOLAND members) who were his ideal type. While he didn’t say anything, Jaehyun had everyone laughing because his ears began to get red. 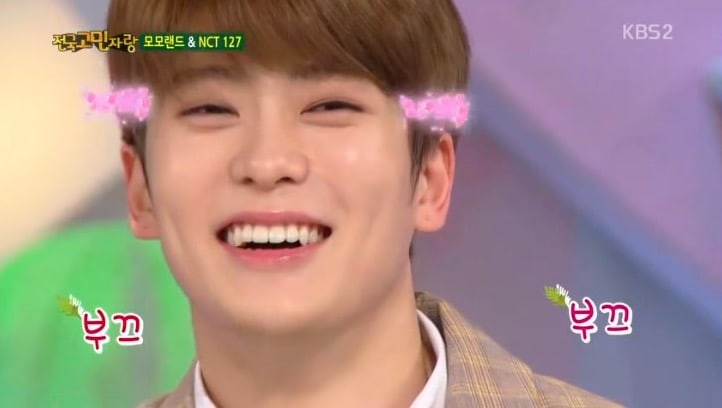 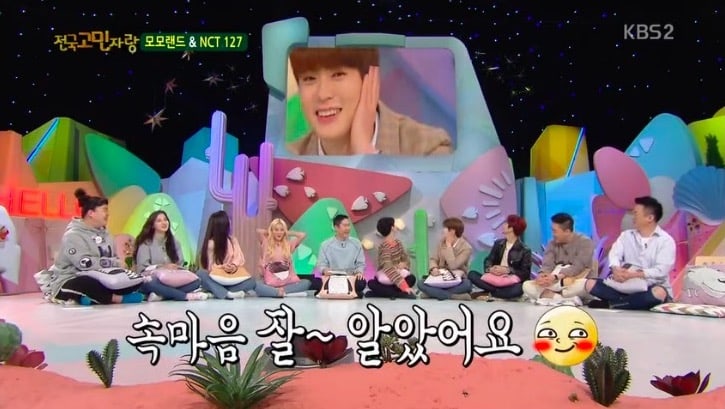 Next up, Mark said he also has a worry. “I’m bad with technology,” he admitted. His fellow member Doyoung added, “He’s never even shopped online.” 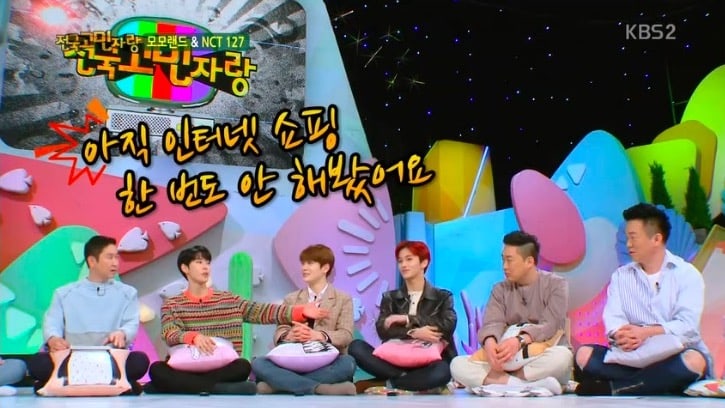 When the hosts were shocked by this and asked him why, Mark explained, “I think it’s because I don’t often want to take on challenges.” This had everyone laughing, with the hosts asking if it’s really taking on a challenge to do something like that.

“If you don’t like doing new things, how did you take on the challenge of being an idol?” joked Kim Tae Gyun, making Mark laugh. 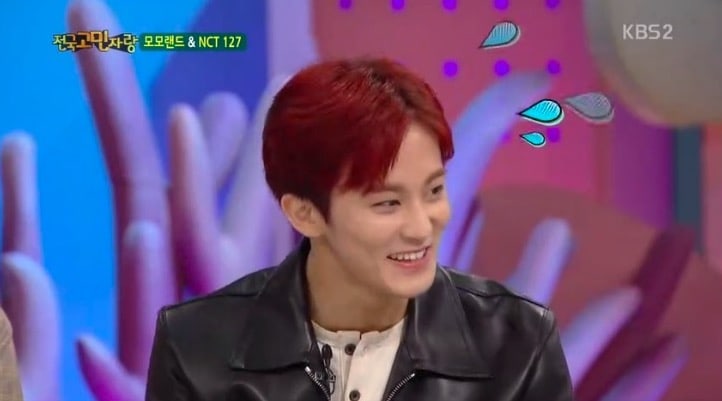 During the show, Doyoung also talked about how he reacted when he saw his brother Gong Myung crying on “Hello Counselor” in the past.

NCT
Hello Counselor
Mark
Jaehyun (NCT)
How does this article make you feel?