Forbes has announced this year’s list of the 30 Under 30 Asia!

The annual list selects 30 people or groups under the age of 30 who are the most influential in each of 10 categories in Asia, adding up to 300 entries selected from over 2,000 nominations.

Judges for the Entertainment & Sports category include Kris Wu and Chatri Sityodtong, a martial artist and entrepreneur from Thailand.

Of the 30 selected for the Entertainment & Sports category, seven are South Korean. The athletes include rock climber Kim Ja In, golfer Park Sung Hyun, figure skater You Young, and skeleton racer Yun Sung Bin. Also on the list are Ahn Seo Hyun, the young actress who starred in “Okja,” and pianist Cho Seong Jin.

BTS was chosen as the only K-pop artist on the list. The description begins, “If you asked most Americans to name just one Korean performing artist in the last year, odds are high the answer would have been BTS.” Forbes continues on to mention their achievements in the U.S. market, including their appearances on “The Ellen DeGeneres Show,” “Jimmy Kimmel Live,” and the American Music Awards.

Check out the 30 selections for the Entertainment & Sports category! 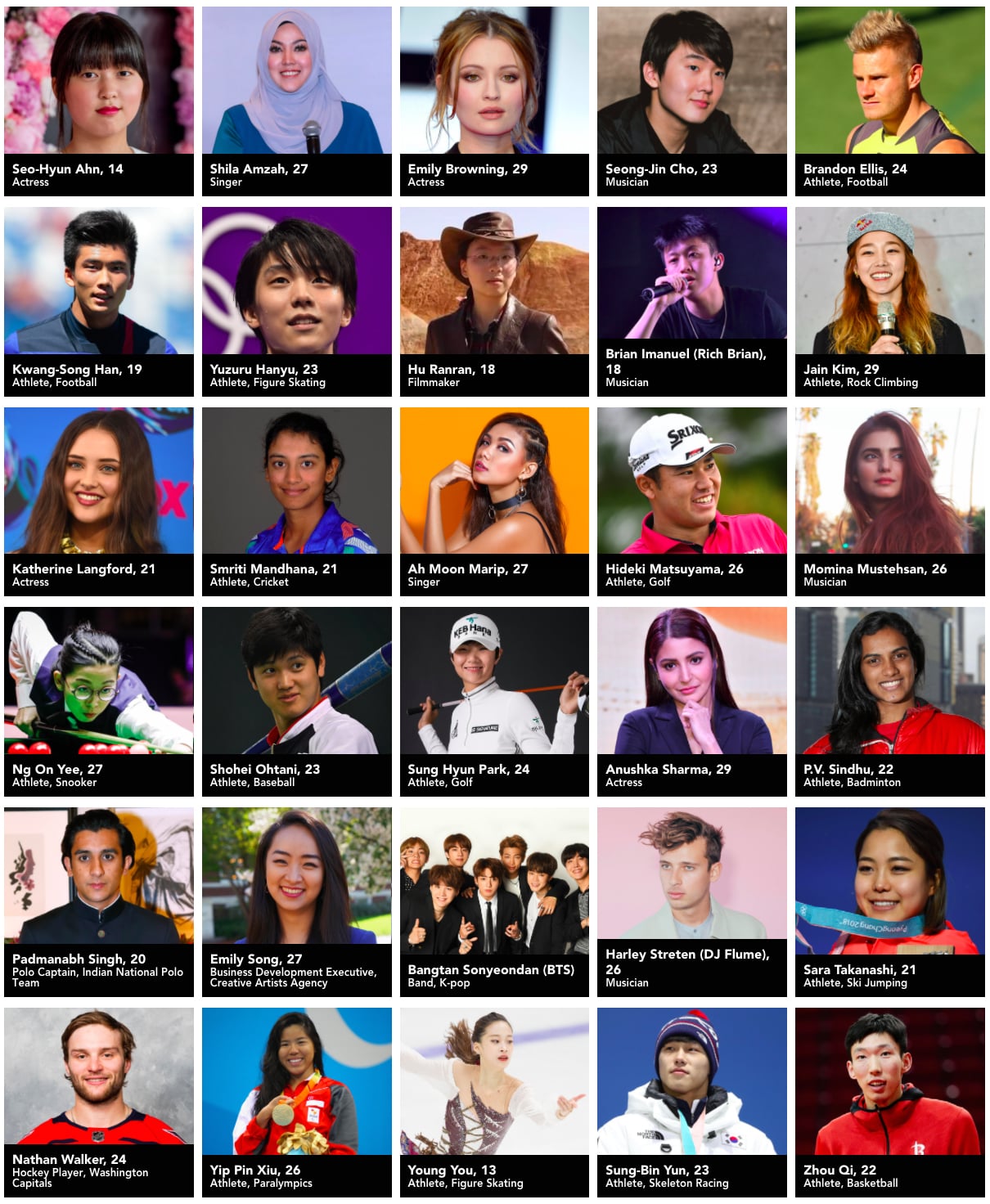 BTS
ahn seo hyun
How does this article make you feel?