Jang Geun Suk started his career as a child model and has since worked with many popular actresses. Some of his co-stars include YoonA, Park Shin Hye, IU, Moon Geun Young, and more.

During the press conference for the drama he was asked which actress he is most compatible with. The actor chose his “Switch” co-star Han Ye Ri and stated, “Out of all the actresses I worked with so far, I clicked with her the best.”

Jang Geun Suk added, “Sa Do Chan is like a rubber ball, so if we’re not careful, he could seem like a character that you can’t take very seriously. It’s the actors’ job to make that into a reality, but when I’m filming with Han Ye Ri, I feel a sense of security. When I go a different path or improvise, she reacts right away. Ever since rehearsal, we have been a good team. She’s a reliable actress.” 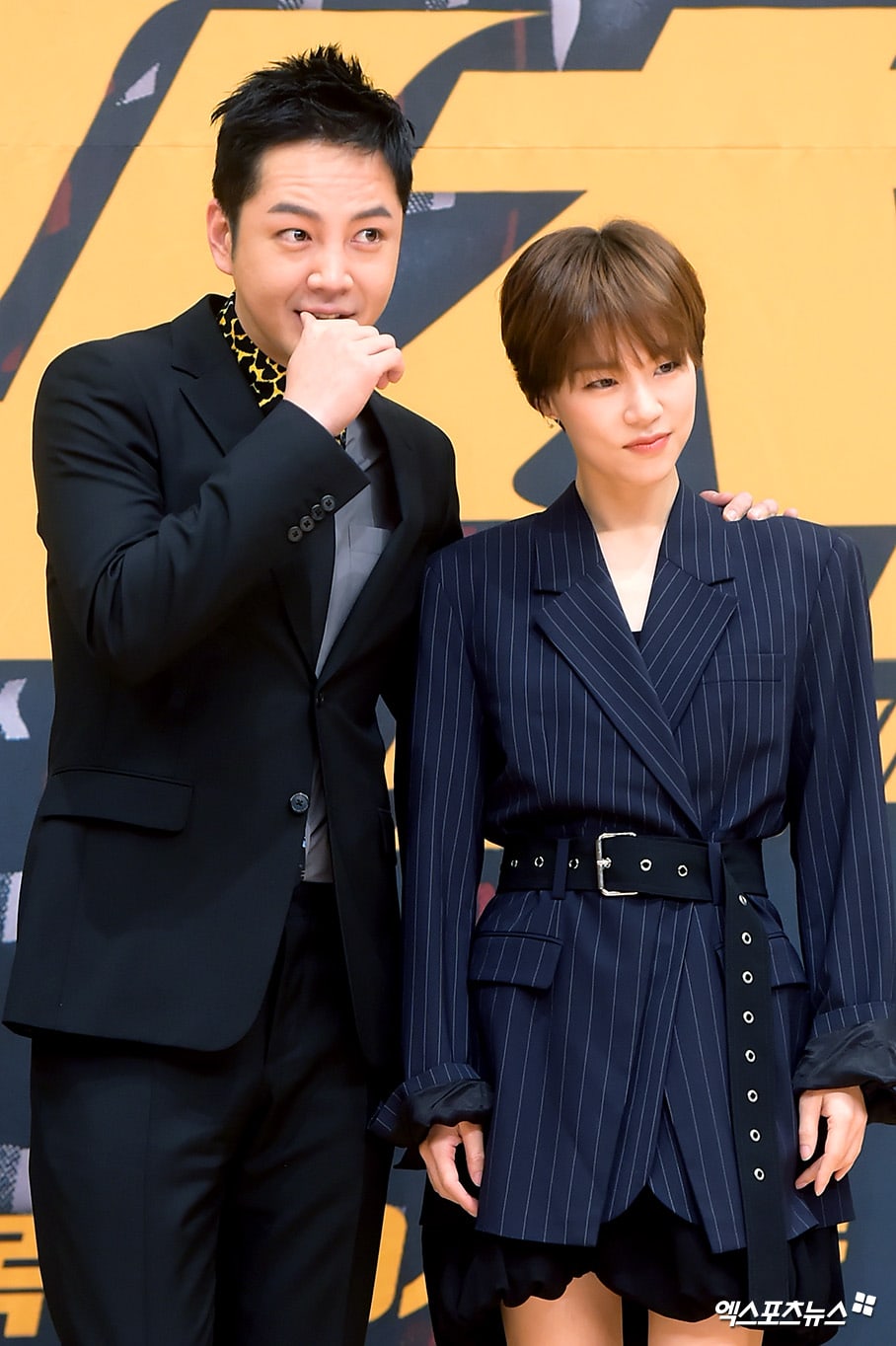 In response, Han Ye Ri said, “I, too, think it is always fun while filming. I felt like I was having the pleasure of creating something while working. I had good chemistry with Jang Geun Suk and the director.”

“Switch” is about Sa Do Chan, a conman who ends up becoming a prosecutor who uses his unique set of skills to catch criminals. Han Ye Ri plays the independent and passionate prosecutor Oh Ha Ra. The first episode will air on March 28 at 10 p.m. KST. You can watch it on Viki!