“Grand Prince” tells the story of two royal brothers who are willing to do anything for the woman they love, and Yoon Shi Yoon plays Lee Hwi, the third in line for the throne. In the new stills for the upcoming episodes, he is seen lying precariously next to a pit. His eyes are glazed over and his breathing is shallow, with death looming over him as a surety if he falls in. 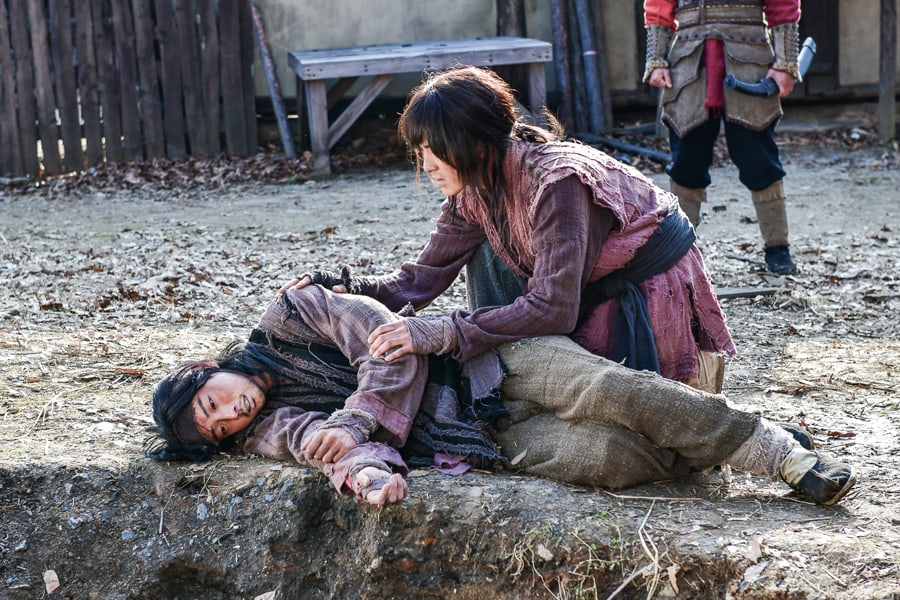 The next stills show Roo Shi Gae (Son Ji Hyun) nursing Lee Hwi back to health. In a small room, Roo Shi Gae stays up all night looking after Lee Hwi, slowly feeding him water to help him recover. It is still unclear what side Roo Shi Gae is on, but it will be interesting to see how her and Lee Hwi’s relationship changes from this point on. 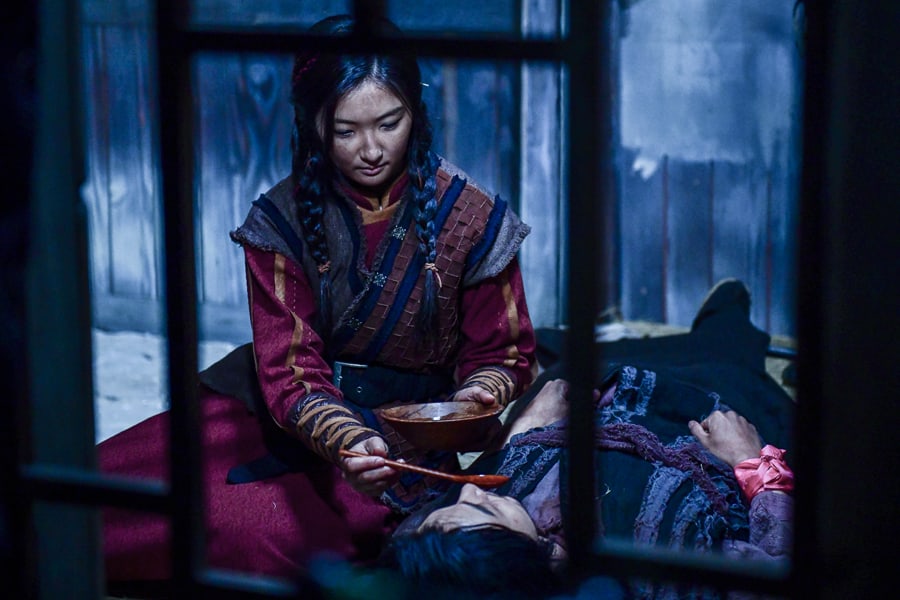 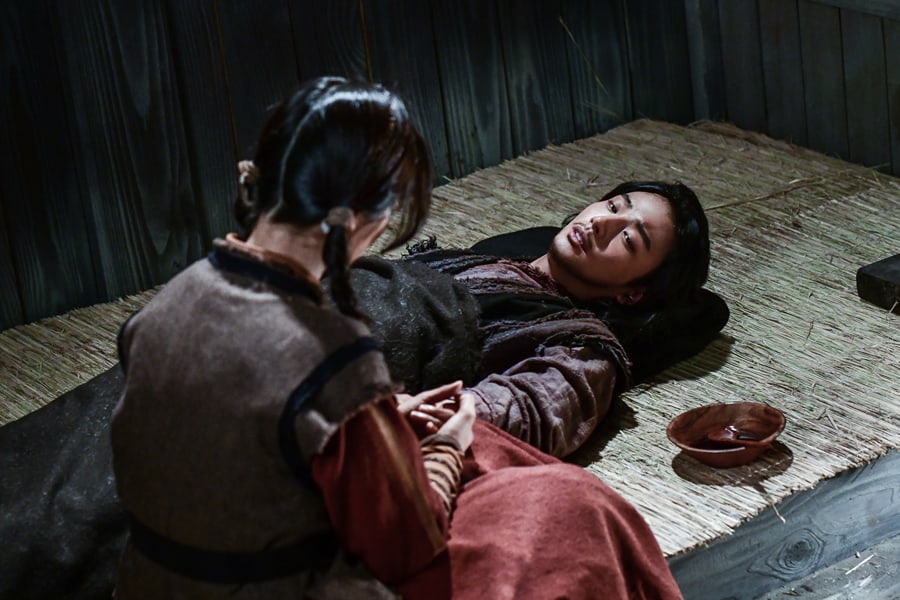 The production staff revealed that while filming the scene next to the pit, Yoon Shi Yoon did his best to finish his scene in one cut because he was worried about the extras inside the pit pretending to be corpses and didn’t want them lying on the cold ground for too long. He perfectly portrayed a man in so much pain that he can’t move, and his attention to detail impressed the staff. Son Ji Hyun gave her all to her characters, and the pair finished filming all of their scenes with great success.

The staff added, “From the episode that airs on March 31, a series of twists and turns will ramp things up for the drama. It will be interesting to see how Lee Hwi and Roo Shi Gae overcome their obstacles.”

“Grand Prince” airs every Saturday and Sunday and is available exclusively on Viki. Check out the first episode below!