Watch: Seungjae Transforms Into Adorable Intern At Go Ji Yong’s Office In “The Return Of Superman”

Seungjae will be transforming into the cutest intern in the latest episode of KBS’s “The Return of Superman”!

The upcoming episode that will air on April 1 will show Seungjae becoming an intern for the day at his dad Go Ji Yong’s office. The stills that were released show Seungjae smiling brightly as he shows off his employee identification card. Wearing a pair of glasses and business attire, he has a serious glint in his eye as he takes phone calls, makes photocopies, and delivers documents.

Seungjae’s trip to his dad’s office is an April Fool’s Day event that the father and son prepared. The other employees at the office are said to have been very happy to have Seungjae by their side. He had a fun time and was especially captivated by his employee ID card, staring at it for a long time right after he received it. He sat next to his dad with his own laptop and phone, copying his dad’s actions and making everyone laugh. 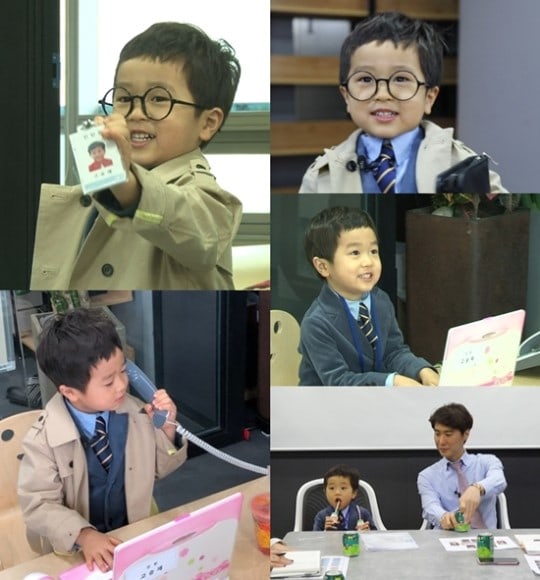 Seungjae’s busy and exciting office life will be revealed in the upcoming episode of “The Return of Superman,” which will air on April 1 at 4:50 p.m. KST.

Check out the latest episode of “The Return of Superman” below!