The widely-loved variety show “Infinite Challenge” has concluded its first season after 13 years.

The final episode of the current season of MBC’s “Infinite Challenge” aired on March 31. During the broadcast, Yoo Jae Suk, HaHa, Park Myung Soo, Jung Joon Ha, Yang Se Hyung, and Jo Se Ho all gathered in the studio together to say their final goodbyes to the show and its viewers.

Park Myung Soo remarked, “‘Infinite Challenge’ was the reason I was able to get married and live [my current life]. Now that it’s ending, I wonder why I didn’t try harder back then.” He also praised Yoo Jae Suk, saying, “Although he’s younger than me, I respect him so much. It’s the truth. If I receive another opportunity to greet you all again, I will return with a more mature side.”

Jung Joon Ha shed tears as he said, “I’m most grateful and thankful to our viewers. I have only gratitude for our staff and members. I won’t forget my gratitude to our viewers until the day I die.” HaHa added, “I’m very thankful, but I also feel apologetic. The viewers really helped us grow and live well in spite of our shortcomings. I’ll continue to repay my gratitude for the rest of my life.” 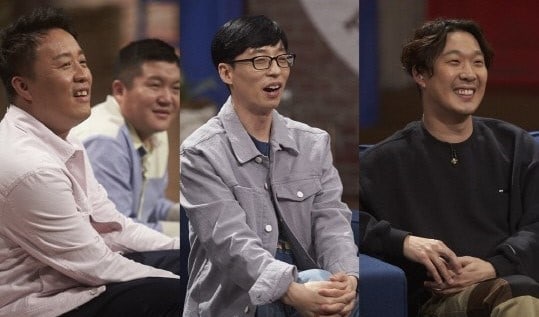 Jo Se Ho commented, “I went on a trip not too long ago, and on my way back, I thought, ‘Trips must come to an end.’ Compared to the other members, I didn’t have a long journey [on ‘Infinite Challenge’], but I enjoyed my short trip to the fullest. Thank you for accepting me as a member.”

Yang Se Hyung said, “Coming to film every week was so fun, and it felt like reuniting with my friends at school after vacation. I learned a lot, and I’m sincerely grateful.” 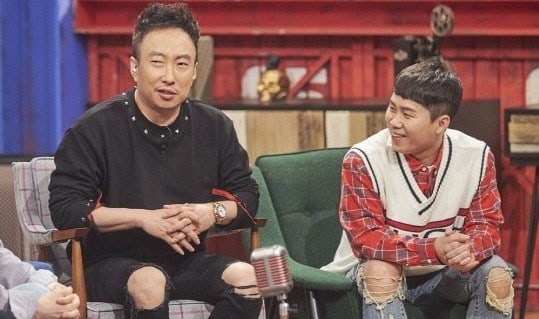 Finally, Yoo Jae Suk stated, “‘Infinite Challenge’ started in April 2005 and during its 563-episode run, Park Myung Soo, HaHa, and I all got married. This program contains all aspects of our lives, both big and small. So I feel apologetic for saying goodbye in such a quiet manner. However, I do think that we need to take this kind of time [off] if we want to create new, fun content that fits the changing times. If we return, we will greet you all with laughter and poignancy befitting of ‘Infinite Challenge.’ I want to once again thank the viewers who constantly supported and cheered us on.”

The members then concluded the final episode by striking their trademark pose and shouting, “Infinite Challenge!” 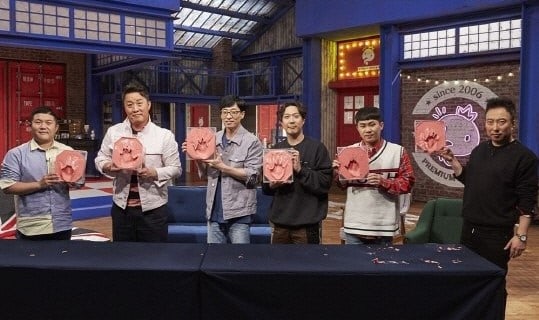 MBC president Choi Seung Ho also shared his thoughts on the ending of the first season.

He said, “‘Infinite Challenge’ is a special program for its viewers, but for those at MBC, it’s a program that we will never be able to forget. If it weren’t for ‘Infinite Challenge,’ MBC may have already been forgotten.” 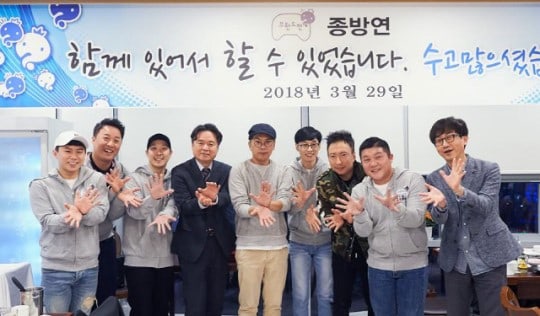 He concluded by saying, “At the wrap party for ‘Infinite Challenge,’ everyone at MBC expressed their deep gratitude towards the cast of ‘Infinite Challenge.’ It wasn’t just me, but also the MBC union that expressed their thanks. PD Kim Tae Ho will return with new ideas after getting plenty of rest, and MBC will do its best to support him so he can create great content.”

Watch the season finale of “Infinite Challenge” below on Viki!