Your Guide To The Palace: 20 Korean Words Every Historical Drama Fan Should Know

Even if you’ve picked up some Korean from K-dramas and K-pop, the language used in historical dramas is a whole different beast. Between the archaic Korean words and the multitude of confusing royal titles (what’s the difference between a Crown Prince and a Grand one, anyway?) there are many Korean phrases that are completely unique to sageuks. So for all you historical drama lovers out there, here’s a collection of some of the most important words, phrases, and titles that you’ll encounter in Sageuk Land!

One of the most important people in a sageuk, if you couldn’t tell from the elaborate robes and fancy headpiece. Oh, and the throne. 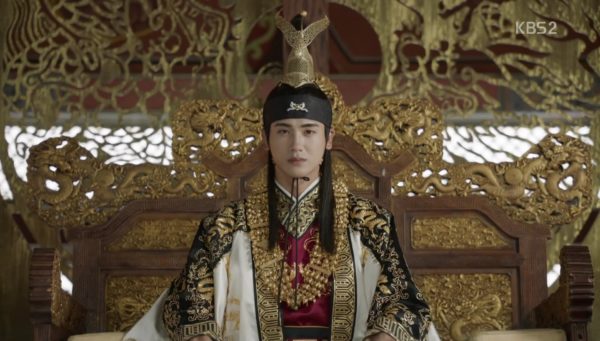 This is the last proclamation that the king delivers before dying, including his will and succession edict: in other words, who he names to take his place on the throne! 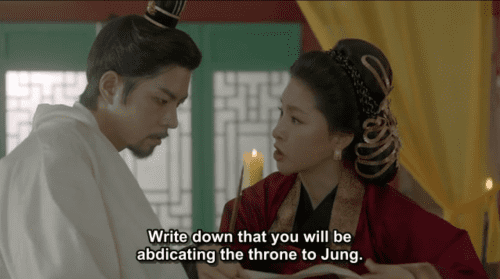 “Manse!” is a triumphant exclamation that basically means “hurrah!” However, it originally translates to “ten thousand years” (만 means “ten thousand”), and was historically used to wish the king a long life. That’s why you may hear people shout “manse, manse, manmanse!” when a new king ascends the throne. It’s also a pretty dope SEVENTEEN song.

“Wangbi” (왕비) denotes a current wife of the king, whereas “daebi” (대비) is a Queen Dowager: the wife of a deceased king. Because the Queen Dowager is usually the mother of the current king, you may see her addressed as “Queen Mother” in subtitles. If a king is too young to ascend the throne, the Queen Mother often acts as ruler in his place! 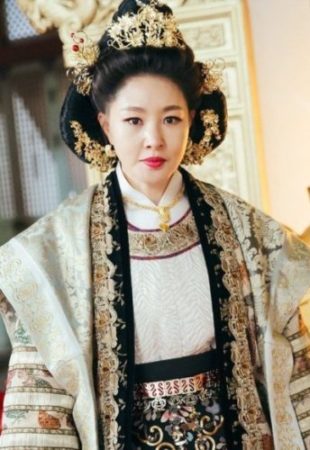 These phrases can be used with or instead of royals’ titles as a way of addressing them. That’s why you’ll often hear people call the king “jeonha” (“Your Majesty”) or address a queen as “daebi-mama” (대비마마). “Pyeha” (폐하) is another common way of saying “Your Majesty.”

Because royals and nobles can hardly be expected to walk places! 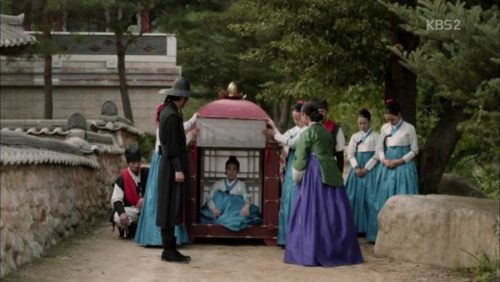 The (usually tall, handsome, and charismatic) one who will someday ascend the throne! The oldest son of the king, the Crown Prince is called “wonja” (원자) before he officially assumes the title of “wangseja.” This title is frequently shortened to just “seja” (세자), and coupled with “jeoha” (저하, meaning “His Royal Highness”) to make the often-heard title “seja-jeoha” (세자저하). 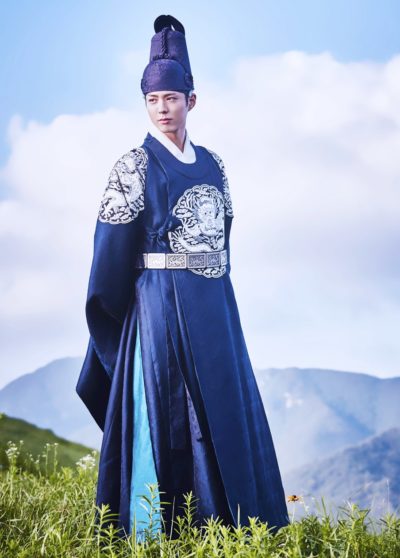 Park Bo Gum wears the traditional garment of the Crown Prince for “Moonlight Drawn By Clouds”: a blue robe with a dragon emblem on the front.

This one’s a mouthful! But it’s an important phrase that people use to thank the king for his praise, gifts, or even mercy if he deals out a generously light punishment.

Speaking of punishment, here’s a rather brutal one that you’ll see in quite a few sageuks. The recipient is beaten with sticks, often while rolled up in a straw mat. While not a death sentence, “nanjang-hyeong” could result in death depending on the number of hits. 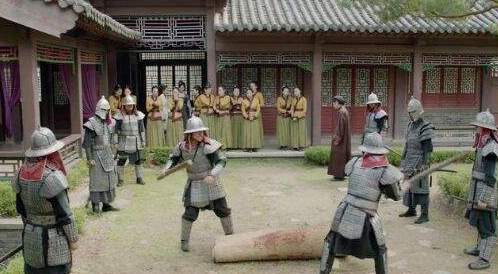 There can only be one Crown Prince, and the king’s other sons with a queen are called “daegun” (대군), or “Grand Prince.” They are often addressed with the term “daegam” (대감), meaning “His Excellency.”

Yoon Shi Yoon is a dazzling “daegun” in the currently-airing drama “Grand Prince”!

While dramas tend to focus on the plights of the princes and their lovers, we can’t forget about the princesses! A princess who is the king’s daughter with a queen is called “gongju,” or often “gongju-mama” (공주마마).

You’ll often hear servants and maids addressing the daughter of a noble household as “agasshi,” or the shortened version “asshi” (아씨).

YoonA is a picturesque “agasshi” in “The King Loves.”

Sunny (Yoo In Na) from “Goblin” addresses Kim Shin as “orabeoni” instead of “oppa” — probably a leftover habit from her past life in Goryeo!

The yangban were the elite ruling class in the Joseon Dynasty: all the officials and scholars who had a stake in the government. In K-dramas, this includes the good nobles who advise the king and help the royal family… but also the bad ones who try to seize power! 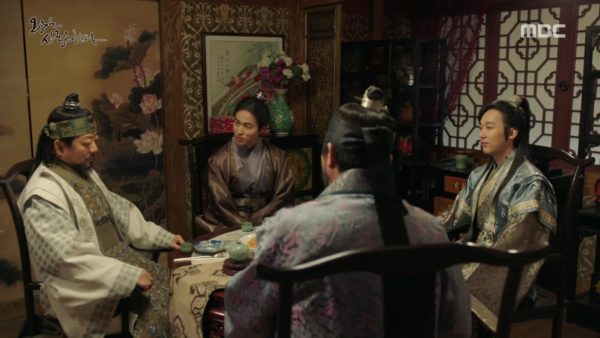 With all the palace politics and schemes going on in sageuks, it’s often easy to forget that not everyone back then was a prince or princess. There were also ordinary people: all the subjects of the kingdom! 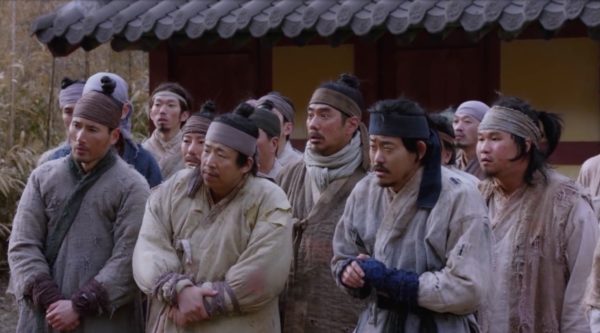 The Bone Rank System was a caste system in Ancient Silla that segregated society based on people’s relatedness to the throne. The top rank, “Sacred Bones” (“seonggol”/성골), were those who were directly related to royalty on both sides of their family, whereas a “True Bone” (“jingol”/진골) was related to royalty through only one parent. There were at least five additional ranks that determined what jobs people could hold, who they could marry, and even what clothes they could wear. 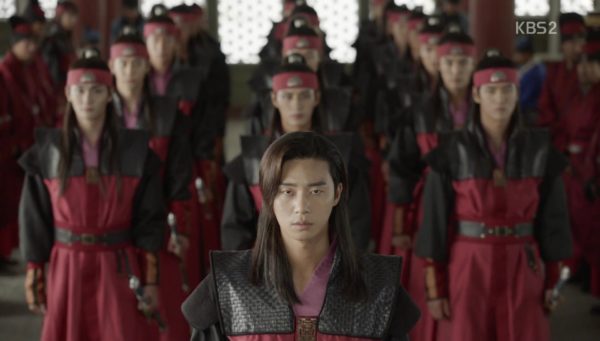 Some of the young men from “Hwarang” grappled with the strife caused by the rigid caste system.

The original flower boys (“hwa”/화 can mean “flower”), the Hwarang were a group of young men in the Silla period that were trained in culture, martial arts, and various scholarly pursuits… and were also known for being extraordinarily good-looking, much like the Hwarang in KBS’s popular drama: 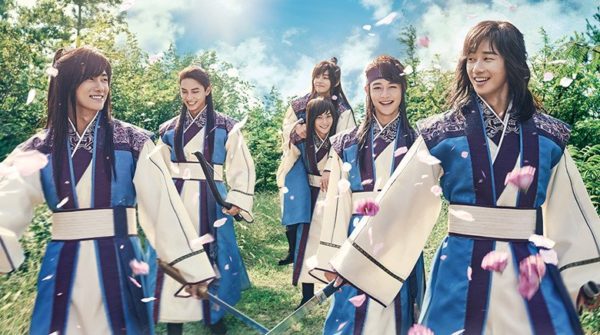 Where all the action happens! To be more specific, different parts of the palace have different names: the queen lives in the Central Palace, or “Junggungjeon” (중궁전), while the Crown Prince resides in the Eastern Palace (“Donggung”/동궁). Sometimes these royals are called by the names of their palaces; the Crown Prince, for example, can be addressed as “Donggung.” 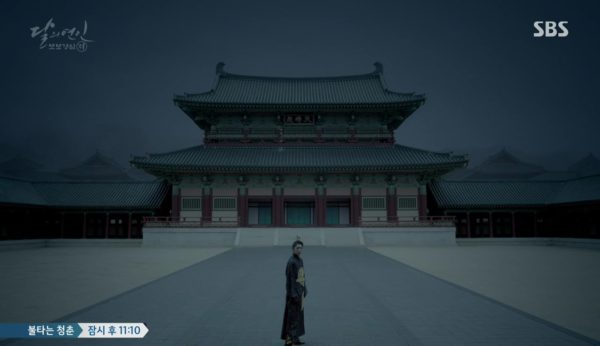 A gisaeng was a female entertainer and courtesan in the Joseon Dynasty. Noblemen and royals often fall for their seductive charms in sageuks, which inevitably causes some trouble in the palace!

Honey Lee makes a gorgeous gisaeng in “Rebel: Thief Who Stole the People.”

The more princes, the merrier! Until they start fighting over the throne, that is.

We hope you learned some new words, and maybe some Korean history! If you recognized any of these words and phrases, be sure to let us know in the comments.

hgordon stays up way too late on weeknights marathoning K-dramas and trying to keep up with the latest K-pop releases. She is currently listening for all these words in “Grand Prince.”