TVXQ’s Episode Of “I Can See Your Voice” Takes No. 1 In Time Slot

TVXQ worked their magic to make the latest episode of “I Can See Your Voice” No. 1 in its time slot!

The March 30 episode of the show ranked first place in the target demographic of viewers ages 20 to 49, as well as viewers ages 15 to 34. The scene that recorded the highest viewership ratings was when Kim Joo Ri, a singer of traditional Korean music, revealed her awe-inspiring vocal skills that touched viewers’ hearts.

During the episode, in which TVXQ set out to find the tone-deaf singers, the audience area was filled with the trademark red balloons that signify TVXQ, proving their immense popularity. The episode also featured an exciting mix of surprises, inspirational singing, and comical moments. 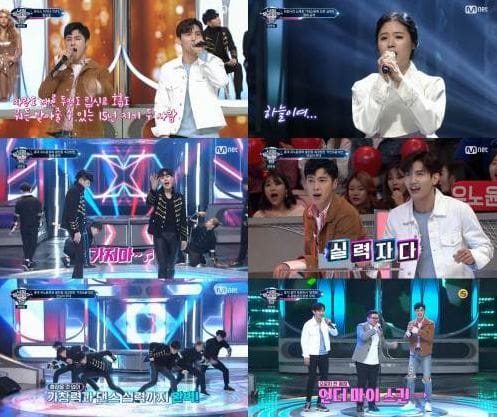 In the end, TVXQ chose a man bearing the nickname “Voice China Top 3” as their guess for the skilled singer and sang “Mirotic” with him for the final performance. Much to their dismay, however, he ended up being tone-deaf, and Yunho couldn’t hide his disappointment as he sank onto the ground with his face in his hands.

Watch the hilarious moment below!

TVXQ recently made a comeback with “The Chance of Love.”

TVXQ
I Can See Your Voice
How does this article make you feel?