On the March 31 episode of “Salty Tour,” Hani joined the other cast members on a trip to Taiwan.

Before the trip, the show’s tour guide Kim Saeng Min met up with Hani to explore her preferences. Fortunately, compared to the previous guests, Hani enjoyed experiencing culture, studying history, and learning things. 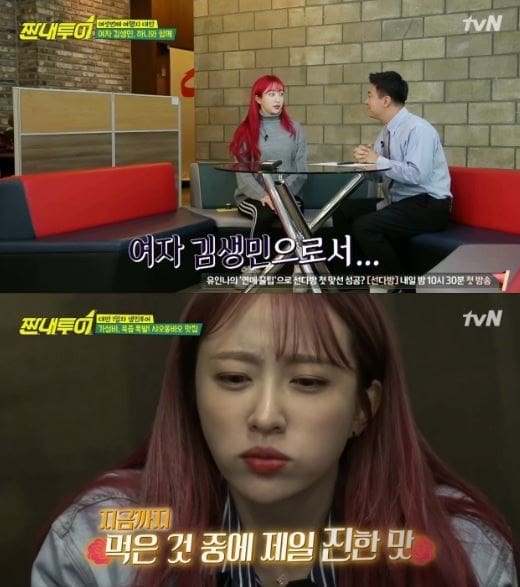 After visiting Taipei 101, Hani and the cast stopped by a xiaolongbao (Chinese steamed bun) restaurant to eat. Kim Saeng Min said they had to finish their lunch in 20 minutes, which Hani completely was fine with. She also mentioned that she liked this cost-effectiveness. 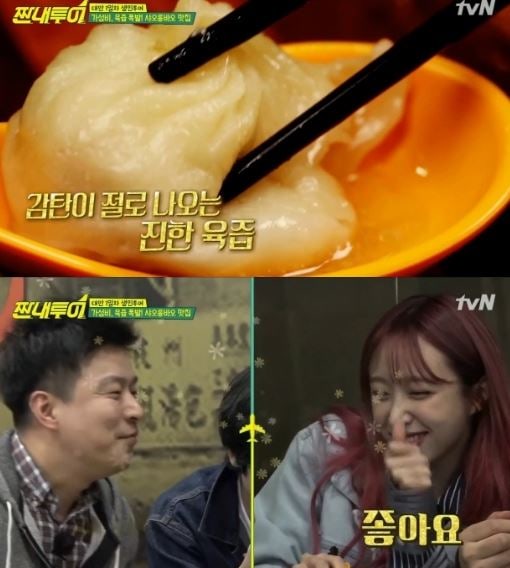 Hani wanted to go to the zoo to see pandas, but unfortunately, Kim Saeng Min miscalculated the time, and they weren’t able to make it in time. Instead, he changed their travel plans to a gondola tour, which allowed them to look down at Taipei for 30 minutes. Rather than being disappointed or angry that they weren’t able to make it to the zoo, Hani comforted Kim Saeng Min, saying, “What is the fun of traveling if everything goes as planned?” To that, he gratefully replied, “I’m 19 years older than you, but I think I have to learn from you.” 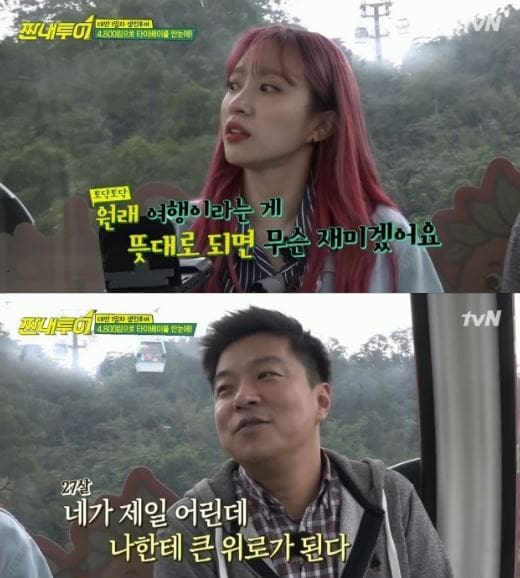 After losing his confidence from his previous mistake, Kim Saeng Min suggested they go up a mountain and was reprimanded by the cast members. He explained, “The night scenery is amazing here.” Hani suggested, “We saw a lot of nice scenery on the gondola, so we don’t have to go,” which satisfied Kim Saeng Min and the rest of the cast. Later on, she confessed, “I wanted to go to the mountain, but if we did that, it seemed like this trip would be revolving around me.”

Meanwhile, EXID will be making a comeback with “Lady” on April 2.

EXID
Hani
Salty Tour
How does this article make you feel?