On the April 1 episode of the variety show, the four members went through BoA’s strenuous training in order to become an idol group. After getting a taste of the SM Entertainment idol training life, the members went to BoA’s house for late night snacks and drinks.

The members bonded with their newest master with insightful conversations about life. BoA revealed, “I’ve never invited anyone over to my house before. I didn’t have time to hang out with my friends who were the same age. I feel like I’m now experiencing things that someone in their 30s goes through.”

The next day, the members transformed into idols in the theme of “Produce 101 Season 2” contestants, complete with school uniforms and makeup. As the competed for the center position, each member tried his best to showcase his best dance moves during the test. 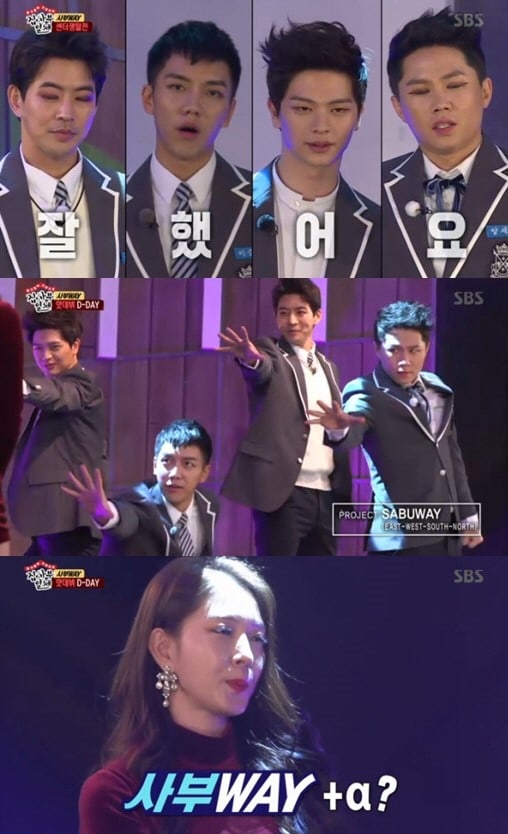 BoA said, “You guys did really well.” She announced that her pick for the center was Lee Seung Gi, explaining, “If it was just based on dancing, Yook Sungjae would be the definite choice. When all of you were dancing together at the end, I looked for who danced without looking at the ground. Seung Gi and Se Hyung were the only ones who didn’t look at the ground while dancing. [The center] has to be able to captivate the audience’s attention, but, Yook Sungjae kept on dancing while looking at the ground, maybe out of embarrassment.” The BTOB member admitted, “I do have that kind of fear.”

“That’s why, while Seung Gi was lacking in some ways, I felt that people wouldn’t be distracted if he was the center,” BoA expressed.

BoA
Master in the House
How does this article make you feel?