You know those dramas where the hero or heroine has odds that stack up against them? Where they’re impoverished or social outcasts or victims of injustice? Where their futures look grim, yet we still hope that they have their happy ending anyway? Those are what I like to call the “Underdog Dramas” — the dramas where the guy or gal at the bottom of life’s totem pole gets what they deserve and we get to watch them journey to happiness. Watching those journeys is such a satisfying experience.

Here are 11 “Underdog Dramas” that allow us to enjoy the experience of people overcoming all odds and achieving what they deserve.

Be warned: spoilers abound as we sniff around dramaland’s underdog tales. 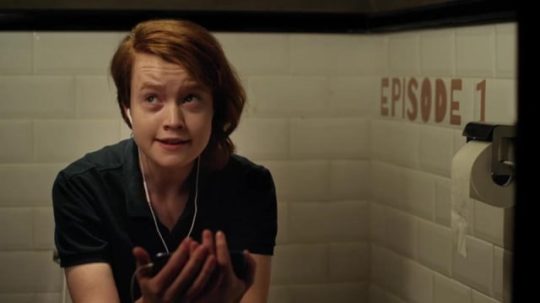 Viki’s very own “Dramaworld” is an underdog tale for the books. Claire (Liv Hewson), a drama fan like you and me, is leading a dead-end life with a passion misunderstood by those in her life. That is, until she gets sucked into a drama and starts living a fantastical life as an aid to the main characters. She is the “helper” and believes herself to be nothing more. She struggles to figure out what’s right and wrong, who is good and bad, and triumphs in the end. There is no more satisfying an end than when she becomes the lead herself, which is every fan’s dream and most certainly was hers. 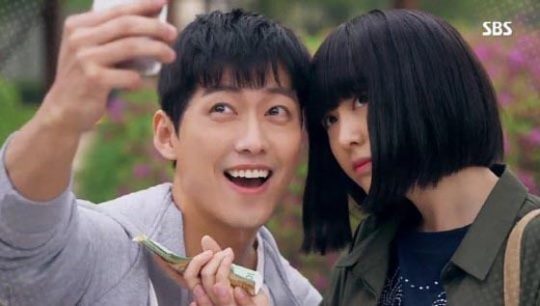 Being compared to a sibling is never fun for the one who is never deemed good enough. Kong Shim (Girl’s Day’s Minah) is the unlucky sister who has parents who constantly batter her self-esteem, so much so that it has an effect on her daily life. Without the impressive skillsets that her sister boasts of, Kong Shim is left to doubt herself: a quirky, talented young artist who is unable to land a job in the extremely competitive Korean job market. As we watch her fall in love with the equally quirky Dante (Namgoong Min), who has his own upward journey to make, we get not just one underdog heroine to root for, but two weirdo heroes who fall in love and bolster each other. Watching them couple up definitely gave me the warm fuzzies. 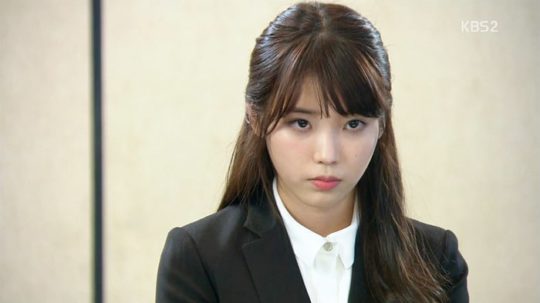 Birth secrets are a favorite tool of dramaland, and “You’re the Best, Lee Soon Shin” uses Soon Shin’s (IU‘s) birth secret in every way the writer could think to spin it. As a result, Soon Shin is the victim of many an accident, tragedy, misunderstanding, and prejudice. Because this is a weekend drama, the drama of Soon Shin’s life spans twenty-five weeks of watch time, which is more than enough to get us viewers invested in her well-being. When she finally comes to a happy ending, we sigh and smile with relief, happiness, and sympathy. 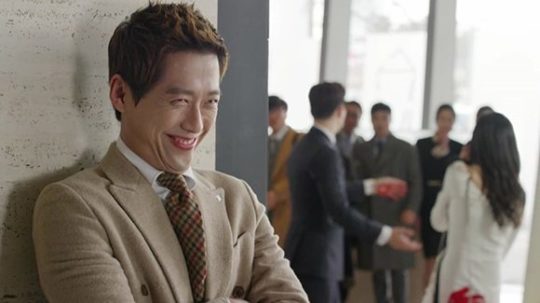 As far as underdog stories go, “Chief Kim” is certainly a unicorn. The main character, Kim Sung Ryong (Namgoong Min), is a swindler who deceives to make ends meet and to fulfill his dreams of moving to Europe, where he hopes to live out his life happily. Along the way, he encounters corruption worse even than what he has committed and has to confront not only himself, but the corporate powers that be. It is in confronting these “foes,” shall we say, that he decides what sort of person he wants to be. When he starts to pull himself out of the gutter with me and the rest of his audience cheering him and his pals on every step of the way, the feeling of satisfaction can’t be beat. 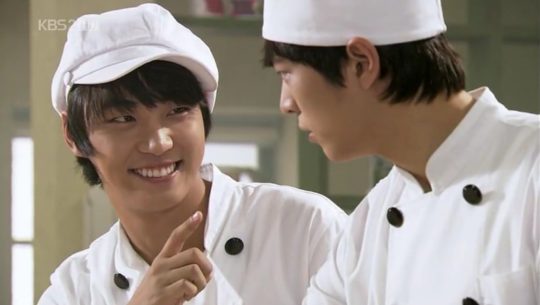 One of the most followed dramas of its time, “Baker King, Kim Tak Goo” tells the story of Tak Goo (Yoon Shi Yoon), who loses his family at an early age and struggles through life as an orphan, believing he is alone in the world, which gives him a lot of emotional and situational baggage to overcome. Of course he is not alone, and, as any good self-respecting weekend family drama is wont to do, it throws plenty of birth secrets, angsty moments, and triumphs for the orphan-turned-family-man who dreams of being a baker. Odds are against him, but he works through it all, practices, and becomes an excellent baker, and earns an unexpected family and love. After all the obstacles Tak Goo has to navigate, watching him win is just one big feeling of satisfied relief. 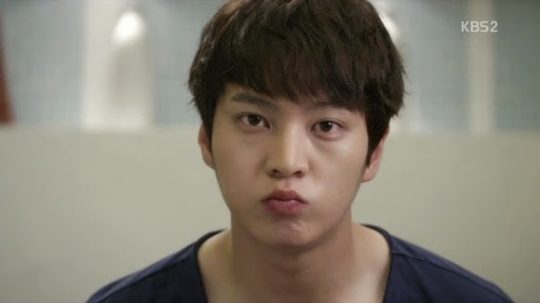 Mental health is a difficult subject to breach in society, much less on television. “Good Doctor” takes on creating a main character with autism (Joo Won) who must navigate a professional world built around the functioning of people quite different from him. However, in his daily life and struggles, we can see ourselves, which not only promotes understanding of autism, but also helps us relate to the character. He is an underdog of a very obvious sort: society shuns him because he’s different despite his genius. He has to fight and rise above literal hatred and misunderstanding against him to keep his job and build relationships. When he is able to do all of that, it is literally a moment when one fist pumps, cheering on his personal triumph. 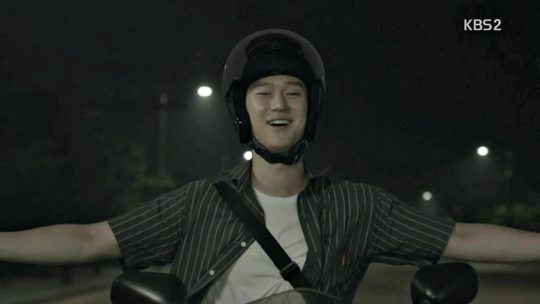 “Strongest Deliveryman” boasts one of the strongest underdogs I’ve seen on television. In fact, it’s really about a pack of underdogs who overcome oppressive large businesses and the nasty treatment of others by the upper class. Led by the brilliant, brave, and inspiring Kang Soo (Go Kyung Pyo), a group of neighborhood deliverymen struggle to make ends meet as a large company pushes in and tries to usurp business. As Kang Soo and his insuppressible spirit inspires and drives his ragtag group of deliverymen to fight, he also has to fight obstacles based on his social status and job. Not to mention his counterpart, Dan Ah (Chae Soo Bin), an indomitable woman with spirit, wit, and grit who is not just a sidekick to Kang Woo’s plans, but an active partner, making the pair’s battles against the powers-that-be even more winning. When they and their team of deliverymen eventually dominate, it literally feels like the winning goal in a soccer game. You jump to your feet and cheer! 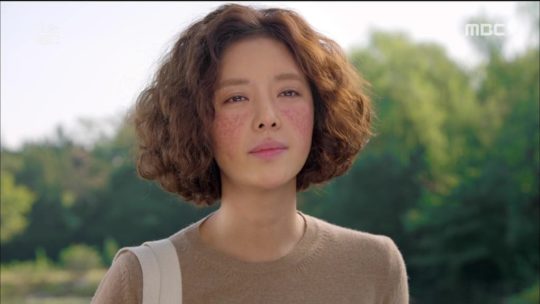 Beauty is something people are judged by whether it is a good thing or not. In “She Was Pretty,” leading lady Hye Jin (Hwang Jung Eum) is not what fits the typical and strict Korean standard of beauty, and because of it, she isn’t treated well. It takes some doing before people in her life start treating her well, but she works hard and proves her worth as a valuable asset in the workplace and someone worthy of being looked at as more than the sum of her looks. She knows she has good qualities and is bull-headed about going after what she wants, but the pressure of a brutal workplace threatens to trample that inner light and strength. Luckily, this plucky underdog persists through verbal battering and difficult situations to win the heart of her guy and achieve her dreams. Let’s cheer for the woman who beat the odds! 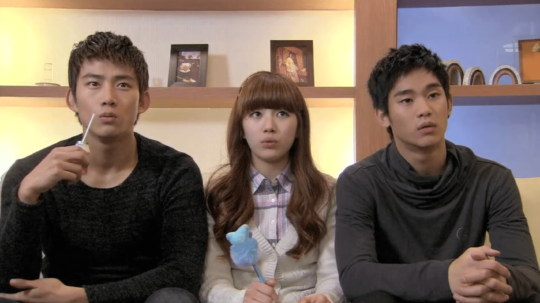 The arts can be a brutal place to try and form a niche for oneself, and the teenagers who audition to enter an arts high school that is as competitive and ruthless as showbiz in “Dream High” face these trials early. A crew of kids come together, each with his or her own story and talents. A few of these kids really must claw their way from the bottom to make a name for themselves and be viable in the industry, especially against peers who are already signed and who are willing to risk it all to succeed. Sam Dong’s (Kim Soo Hyun‘s) tale is perhaps the biggest underdog story in a sea of underdog stories. He is a country bumpkin who attends the school armed with a country accent, crazy hair, zero experience in the city, and a passion for music. He must battle ignorance, competition, and a medical affliction that threatens to destroy his dreams. But in true underdog fashion, he works like a (under)dog to make his dream come true. His story is heartbreaking and sucks us in, making us root for him to come out on top. 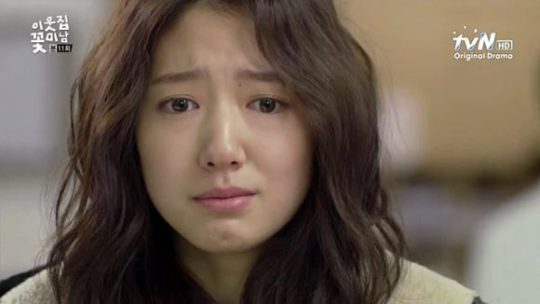 One of my very favorite underdog stories is “Flower Boy Next Door” because it treats heroine Dok Mi’s (Park Shin Hye‘s) story with grace and respect. Possessed of weighty fear of interaction, she closets herself in her room, barely daring to come out for even the most basic of interactions such as buying groceries or picking up a package. The fear is crippling, and from the beginning, it’s impossible not to hope that she will one day be able to venture into the world without fear and regain her ability to enjoy what is beyond her front door. Enrique (Yoon Shi Yoon), her quirky neighbor, helps to draw her out of her shell and give her the courage to venture into the world. It’s okay to accept a little help, and when she does, we can cheer for her as she overcomes her fears and really starts to live. 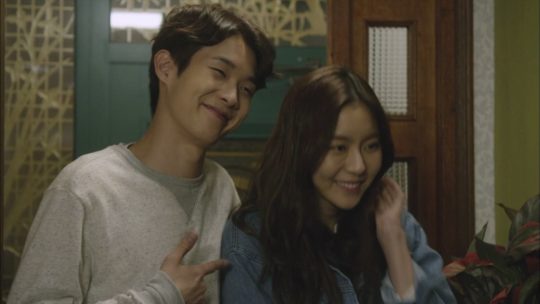 Ho Gu (Choi Woo Shik) is a beta male who very much reflects his name, which means “fool” or “pushover.” He loves a woman (Uee) who society and he both believe he is not fit to love because of his timid personality, socially unacceptable job, and dismal track record in the dating department. Literally, this man is the definition of underdog. He can only go up from where he is. Luckily, he has a kind, considerate nature that allows him to tackle the difficulties in his way as he loves a woman loaded with emotional baggage. But, not only does underdog, foolish Ho Gu drag himself up from the mire of social rejection, he protects his love from the mud and helps her to rise as well. There is nothing quite like an underdog who can not only save himself, but others. Go, Ho Gu!

Which is your favorite K-drama underdog story? Let us know in the comments!