On April 1, the show aired the second part of its “Family Project.” The members and Olympic athletes competed to see who could reach the highest height in a single jump. If “Running Man” members were to win, they could receive a luxury sticker.

Yun Sung Bin showed off his impressive athleticism and jumped up to 1 meter and 10 centimeters (approximately 3.6 feet) with ease. The members said, “He flew up like Iron Man” and “Isn’t he making fun of us by not bending his knees?” 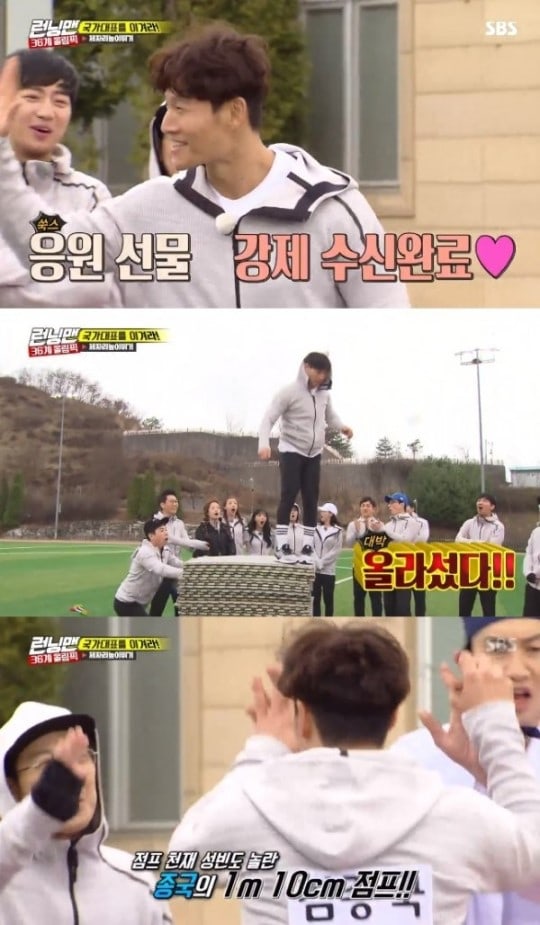 The two skeleton racers, Lee Kwang Soo, and Kim Jong Kook then competed in a 10 meter (approximately 32.8 feet) running race. The producing director (PD) asked, “Are you going to choose the head or feet [crossing the finish line first] as the criteria for the first place winner?”

Kim Jong Kook said, “We need to be careful about this… What should we do?” Yun Sung Bin answered, “Let’s choose chest,” and Kim Jong Kook teased, “You must run with your chest out.”

After the four men competed and the staff watched the video replay, the PD announced, “First place is Kim Ji Soo. His head and chest came in first, but if it was by feet, it would’ve been Kim Jong Kook.” Kim Jong Kook commented, “If this was short track, I would’ve won.”

The skeleton racers also beat the “Running Man” members in the long jump. As an extra game, Yun Sung Bin and Kim Jong Kook faced off in a thigh wrestling match. Both gave it their all and the match ended in a tie. 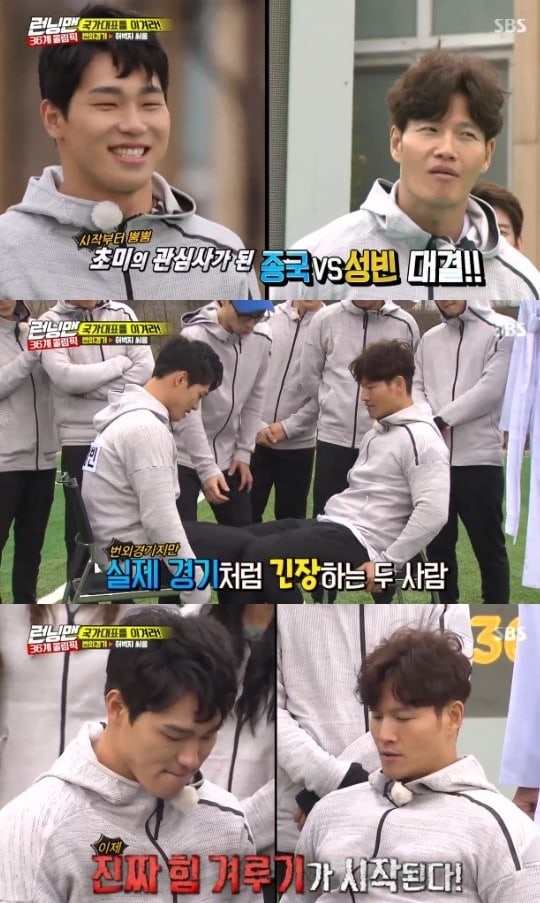