6 Korean Gangster Movies You Need In Your Life

Sashimi knives and bloodied faces are pretty much the status quo in Korean gangster movies. They’re graphically violent, full of bad language and scrupulous behavior, but damn are they cool! Below are just a few recommendations from the plethora of great movies you should totally check out! 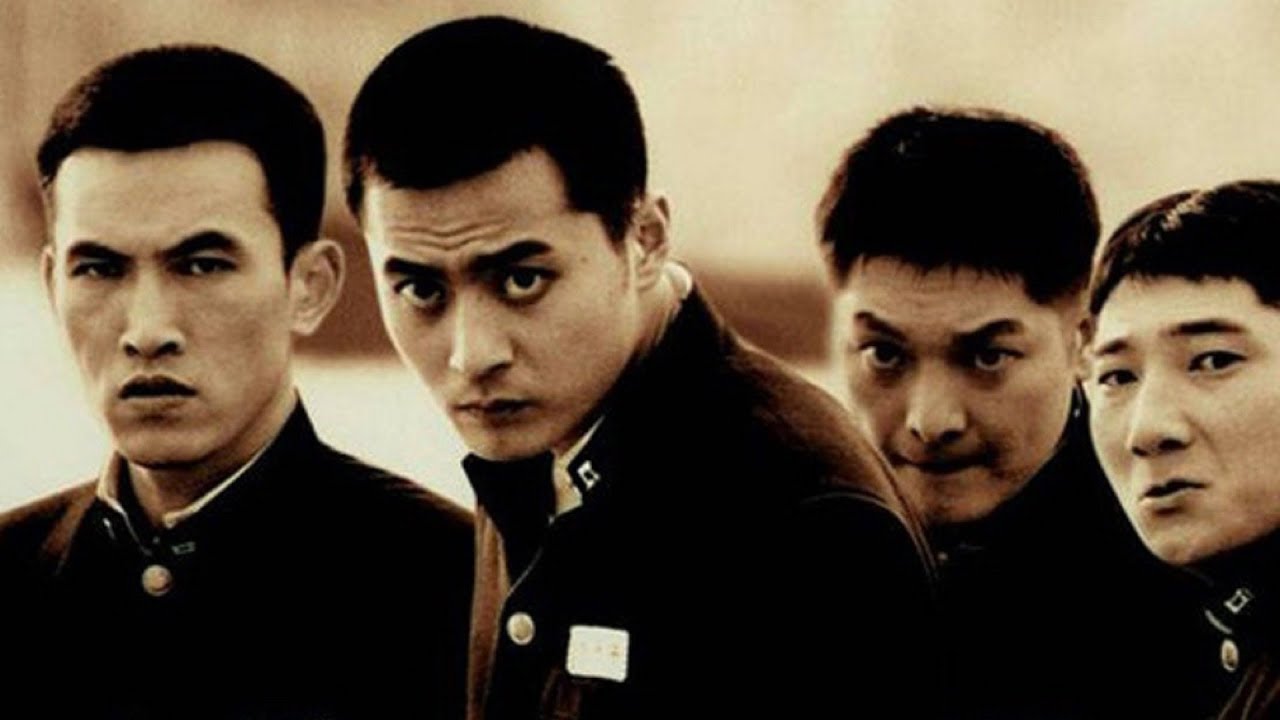 “Friend” starts out like “Stand By Me” with a rambunctious group of young friends playing with fake knives and discussing the proper name for a woman’s anatomy, then evolves into “Reply 1988” with a little bit of romance and a school disco before slowing right down and forgetting about all but two of the characters. For half an hour in the middle of the movie, nothing happens, and it’s a little frustrating to see the only female character disappear and two of the four friends go off to college and become secondary characters; a lot of little plot points don’t really get wrapped up in the end. So why so popular with the Korean audience? Well, after a good start and just before you’re ready to switch your TV off, the plot takes a dramatic left turn into brutal violence, murder, and tragedy. There’s close-up slow-motion ankle breaking and multiple stabbings, and somehow, at the same time, a tense, heartfelt struggle between two friends from different gangs who seem to genuinely love each other.

Yoo Oh Sung is excellent as Joon Seok, the son of a gangster who inevitably follows in his fathers footsteps. He’s calm and sensible in a way, and in the midst of madness he is very logical, willing to walk away from a fight he can tell has no gain. Equally, Jang Dong Gun is incredibly believable in his role as the son of an Undertaker-with-an-inferiority-complex-turned-gang-boss. His steely glare drips with madness and unpredictability, and it’s this juxtaposition between the two leads that’s gripping and thrilling until the end. 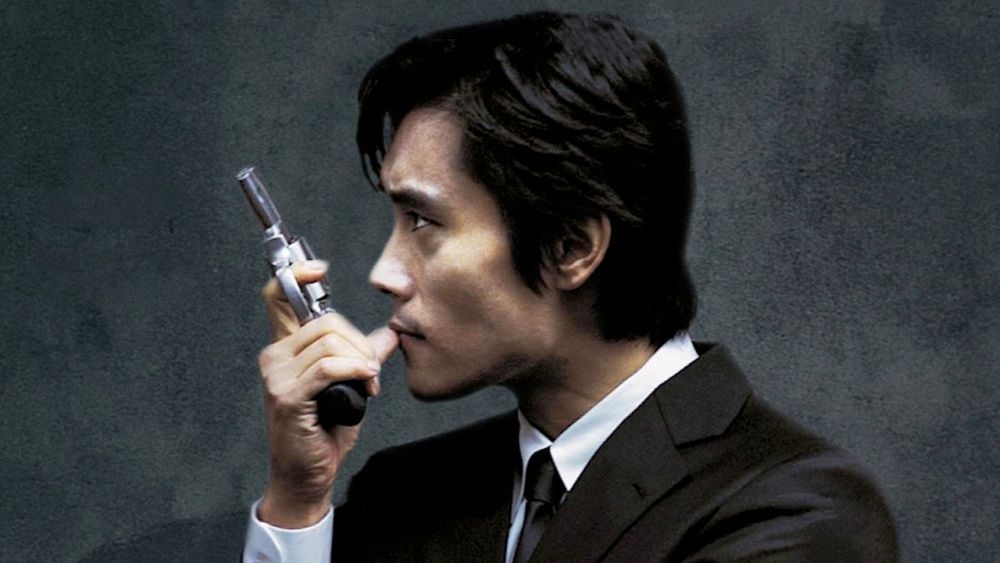 Sun Woo (played by the beautiful Lee Byung Hun) is the right-hand man of Mr. Kang, a mob boss (played by Kim Young Chul) who suspects his much younger girlfriend is cheating on him. Sun Woo is asked to watch the girlfriend — Hee Soo (played by Shin Min Ah) — and report back and even kill her if Mr. Kang’s suspicions are true, but she smiles at Sun Woo once and it’s all over. I mean, who can blame him, but he is a little quick off the mark to risk it all for those dimples. Though Mr. Kang assumes Sun Woo has fallen for her and orders him killed, the job fails, starting a roller-coaster of extreme violence, unpredictability, and revenge!

Lee Byung Hun is superb in the role, filling quiet, tense moments with glances that speak volumes. He isn’t the macho protagonist you would typically see in these kinds of roles; instead he’s nervous, jumpy, and seems genuinely hurt by his boss’s decision to beat and bury him alive, which again… understandable.

“A Bittersweet Life” is laugh-out-loud funny if you’re into twisted humor and at times very aesthetically pleasing, but it’s the outlandish fight scenes that make this film worth the watch and truly iconic. 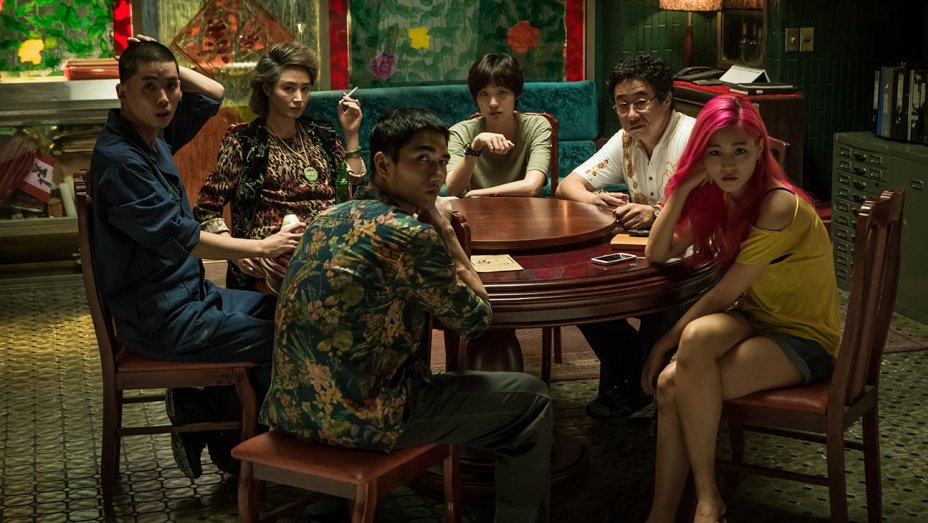 Oooh this one’s sad. Right from the beginning, you can’t help but feel for the plight of accidental gangster Il Young (played by a very stoic Kim Go Eun): she’s dumped in a locker at the train station as a baby, homeless for years until she’s given to a mob boss (played by Kim Hye Soo), and then raised to beat money out of people and eventually kill them for their organs… It’s a hard knock life, and it doesn’t take much more than the innocent smile of Seok Hyun (played by Park Bo Gum) to get her questioning her existence and buying dresses. Things don’t go very well for the star-crossed lovers… okay they went on like one date… but it doesn’t work out, and soon Il Young is on the path of revenge against the very people she had once called family.

This film is beautifully shot and expertly performed with some scenes so heart breaking you can’t help but feel the inner conflict of the two leads. Interestingly, the plot is very similar to “A Bittersweet Life,” but with both a female protagonist and antagonist; it’s a cool twist on a familiar story within the genre and makes for some nice dynamics. 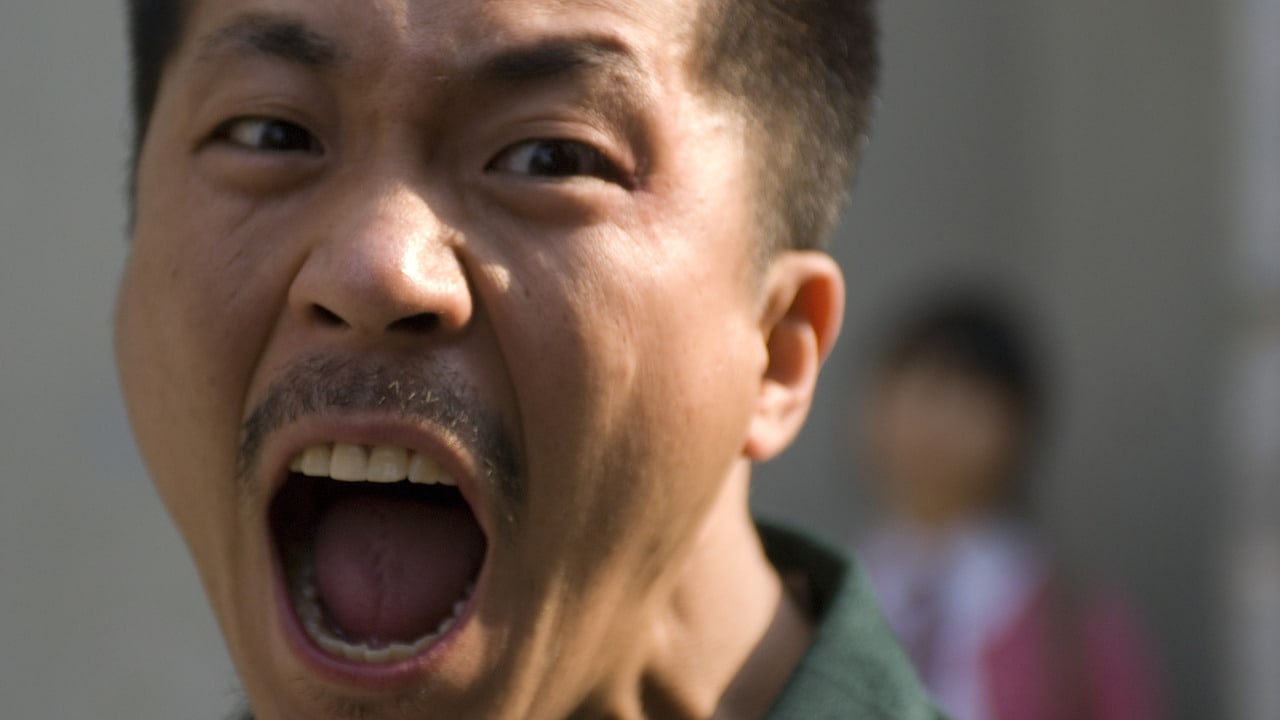 Yang Ik Joon wrote, produced, and starred in this emotional portrayal of a character so damaged he can’t get out of his own way, unable to develop and hold up human relationships and tackling even the smallest of problems with severe violence. It’s a gripping and painfully real movie you should not miss out on.

Sang Hoon is a thug who terrorizes and beats people for money, filled with uncontrollable rage due to unprocessed childhood trauma. He’s not a people person, so it comes as no surprise that he’s unapologetic after accidentally spitting on a school girl’s tie (played by Kim Kkobbi). What is surprising is the punch to the face he doles out when she demands an apology.

Sang Hoon is a complicated character; he’s no angel, but by the end of the movie you grieve for him, wishing things could turn out well and that he could turn his life around. He feels bad for acting rashly and sits next to the girl in the street, waiting for her to wake up. When she does, they form an awkward and tense friendship that impacts both their lives in both positive and negative ways. 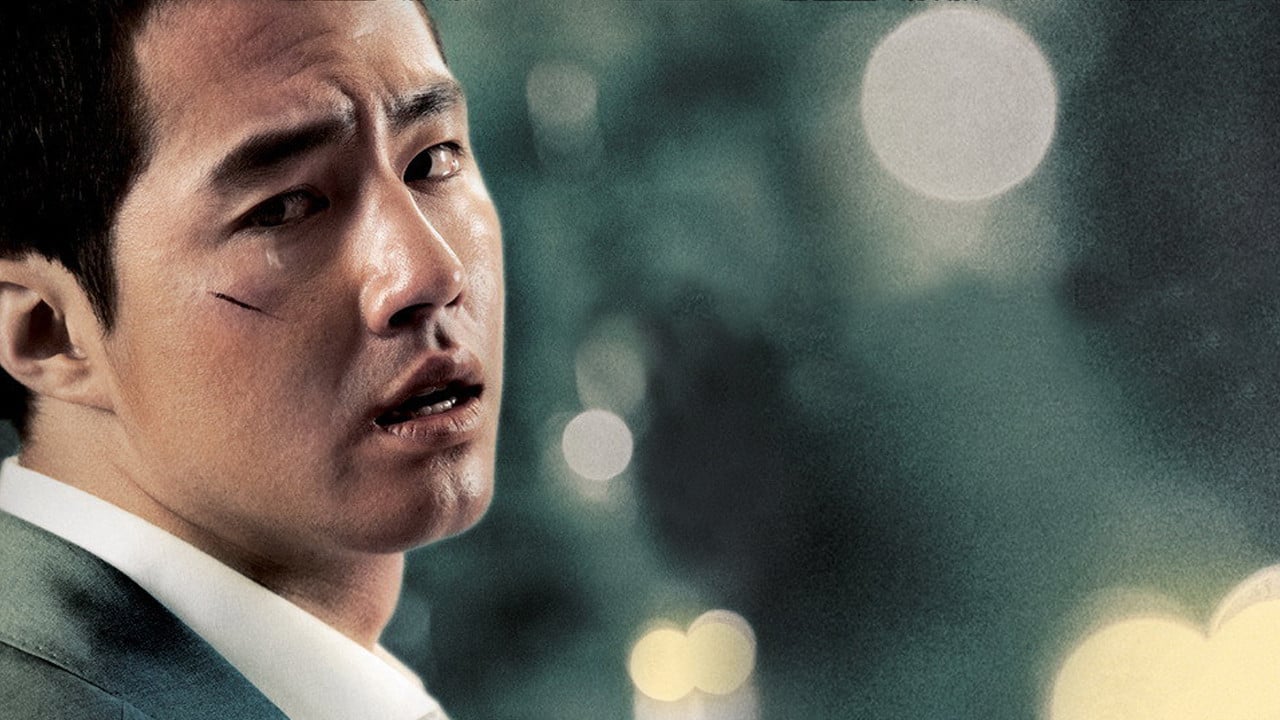 Byung Doo (played by Jo In Sung) is a low-level gangster who is always seemingly on the outskirts of success. Eventually, his struggling family situation forces him to take drastic measures, pushing his principles and humanity to their limits. It’s made clear from the beginning that Byung Doo has been in the crime business for a while and is indebted to his crime bosses, who never let him get a step up. He values his image and doesn’t like to lose face, which motivates a lot of bad decisions along the way, but ultimately, he wants to be a good son and brother and to provide for his family.

A lot of gangster movies show one side of the story and glamorize the violence and money; “A Dirty Carnival” does have some truly amazing fight scenes with dozens of opposing men with baseball bats and arcade games to smash against each other’s heads, but it shows the consequences of really hurting someone amidst a turf war and the politics of the crime world, which is far less glamorous. Namgoong Min plays Min Ho, a rising film director who reunites with Byung Doo after falling out of touch since high school. He’s fascinated with the gangster life and wants to make a movie depicting it, but at every turn, Byung Doo makes clear it’s not all it’s cracked up to be. Take out the violence, and you’ve essentially got a storyline about corporate business, struggling to rise up in the ranks and make money legitimately, and maintaining your identity amongst colleagues and higher-ups trying to mold you into something else.

Like “Friend,” the movie focuses on friendship, loyalty, and betrayal towards the end but it is an interesting new take on the genre that earned a ton of accolades for Director Yoo Ha and deserves a watch! 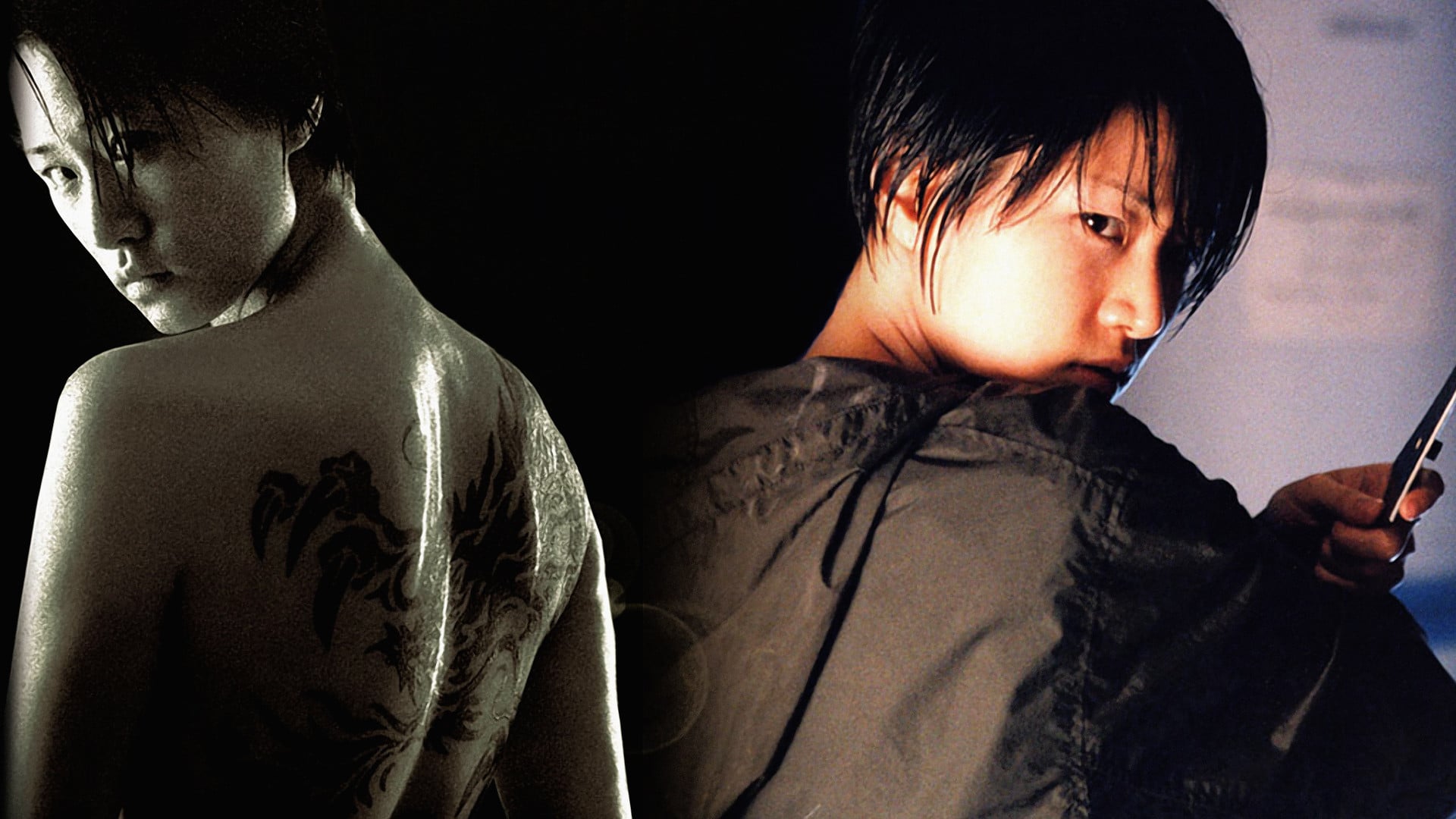 There aren’t a lot of fleshed out female characters in Korean gangster movies that go beyond the clueless girlfriend or sick mothers. Characters like Il Young from “Coin Locker Girl” are a rare find, so “My Wife Is a Gangster” is somewhat of a treasure in the genre and a movie that has warranted many sequels. It’s another one from the first half of the 2000s that blessed us with wacky physical comedy and surreal humor. Shin Eun Kyung plays Cha Eun Jin, a mob boss and badass who’s forced to get married as the dying wish of her sick sister. Eun Jin chooses a blind date she has no interest in (played by an adorable Park Sang Myun) and assumes she will just divorce him when her sister passes, but things don’t go quite to plan, and comedy ensues when the sister takes longer to die, requesting a niece or nephew too.

Eun Jin is just too cool, and even as she warms to her clueless husband, she retains her gangster credibility, which is a nice twist from the usual format when a tomboyish character is forcefully feminized. Her attempts to hide the nature of her job from her husband don’t change her character, and even her love for her sister, which is a big plot point and nicely developed throughout the movie, doesn’t force her into a path she doesn’t want. She’s strong, socially awkward, and not to be messed with right to the end!

So there you have it! Break out the popcorn and get started! Any recommendations of your own?

Soompi Spotlight
breathless
Coin Locker Girl
a dirty carnival
A Bittersweet Life
Friend
my wife is a gangster
How does this article make you feel?