EXID’s Hani, Hyerin, Junghwa, and LE brought the laughs when they were asked to share what items they would like each other to get rid of.

EXID appeared on SBS Power FM’s radio show “Lee Guk Joo’s Young Street” on March 2 to promote their new title track “Lady.” During the program, a listener sent in the question, “EXID’s latest song has a retro concept. What is the oldest item you own, or what ‘retro’ item would you like another member to throw away?”

As if they’d been waiting to be asked the question, Hyerin, Junghwa, and LE immediately said they wanted Hani to get rid of a plaid shirt, a pair of overalls, and an old pair of pajamas that have the U.S. flag drawn on them. Hani tried to defend herself but was drowned out by the other members and Lee Guk Joo. 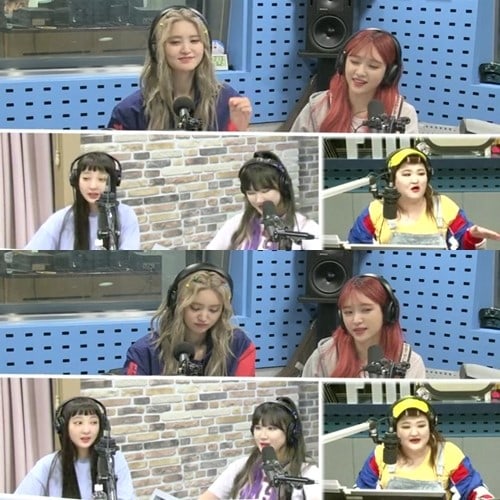 Hani then tried to turn the tables when she said, “Why does Hyerin collect all of the clothes they give out during ‘Idol Star Athletics Championships’?” However, her efforts failed when LE made everyone laugh as she replied, “That’s still better than what you do.”

When asked why she hasn’t thrown away the items selected by the other members, Hani simply replied, “It’s not time [to throw them away] yet.”

EXID made their return on April 2 through “Lady,” a retro song with a new jack swing feel, a genre that was popular in the U.S. till the early 90s. Don’t forget to check out the music video for the group’s latest title track!

EXID
Lee Guk Joo's Young Street
How does this article make you feel?