Actress Kang Eun Bi opened up about a time when a junior artist had disrespected her and ZE:A’s Kwanghee ended up coming to her aid.

Currently active as a broadcasting jockey (BJ) on Afreeca TV and YouTube, the actress revealed what exactly happened during one of her broadcasts on March 30.

She said, “In the past, I appeared on a variety show with an idol group and [one of them], a junior to me, demanded that I had to greet them.” After explaining how it was less common back then for idol group members to make solo variety show appearances, Kang Eun Bin continued, “I was alone, when an idol approached me and said [in an informal manner], “Hey. Why aren’t you greeting me?”

The actress stated that she was so shocked, she just replied, “Pardon?” and the idol had repeated in casual speech, “Why aren’t you greeting me?” In response, she formally greeted the idol first even though she knew she was older.

Kang Eun Bi shared that the aforementioned idol continued speaking informally to the actress for the rest of their interaction, asking, “How old are you?” When she revealed she was born in 1986, the idol had gasped and said, “You were born in ’86? Oh my, oh— ,” before leaving without apologizing. 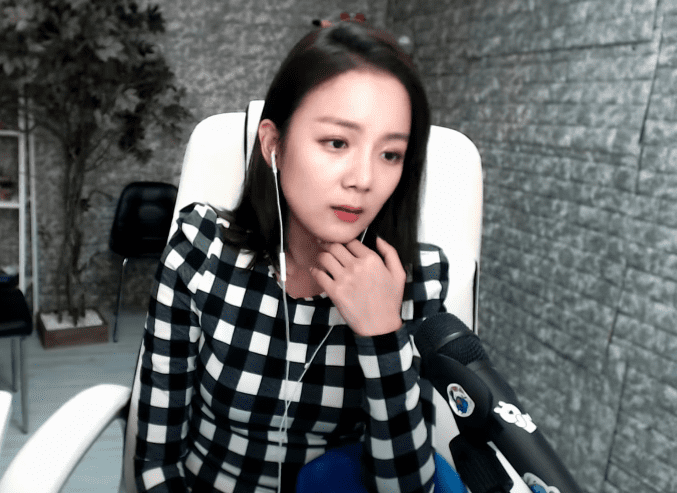 “I was so dumbfounded. I had been completely disregarded,” Kang Eun Bi commented. “I thought, ‘Did I really not appear on TV that much to the point that I would be treated with utter contempt?’ I was just really sad.”

She explained that after that interaction, she could hear that idol talking with their groupmates, saying things like, “Who is she even? She said she was an actress,” but didn’t say anything to them because she was scared as they had fans there who were watching but she had none.

At that moment, Kwanghee had been nearby. Kang Eun Bi revealed, “He said to them, ‘She is your senior, so greet her properly.’ That idol replied informally, ‘But I don’t know who she is.’ Kwanghee then responded, ‘It’s common courtesy that you greet her first even if you don’t know who she is. That’s why, that idol ended up greeting me. Maybe Kwanghee saw that I was feeling uncomfortable by myself.”

The actress expressed her gratitude for Kwanghee, saying that she was very touched by his actions. Kang Eun Bi added, “I’m not sure if he will remember this, but I have this thankful memory of him.”

Kwanghee
ZE:A
Kang Eun Bi
How does this article make you feel?