The Boyz Talks About Participating In Album Production, Hwall’s Recovery, And 2018 Goal

The Boyz made their comeback and held a showcase on April 4 at the Yes24 Live Hall in Seoul.

The boy group introduced their second mini album “The Start.” Sangyeon said, “Our debut album was an album that introduced us and this album is an album that showcases us. We are lacking, but we’re filling each other’s lacking parts. I hope you will look at us with love.”

Sunwoo commented, “Under the premise that The Boyz will work hard in 2018, we released three versions of the album ‘Ready,’ ‘Set,’ and ‘Go.’ The first album was an album that announced our beginning, and like its name, this album ‘The Start’ announces The Boyz’s start.”

Ju Haknyeon said, “Our appearance is that of a prince on a white horse, but we also have powerful sides to us. As a group with unexpected charms, our concept is that we’ll work hard in 2018.”

“The Start” consists of six tracks produced by Primary, 1of1, Daniel Kim, and Code Nine. All of The Boyz members participated in writing the lyrics for their fan song “Just U” and worked as the album’s art directors.

Juyeon explained, “All of The Boyz members participated as art directors in the ‘Ready’ version of the album. Kevin was the lead director.”

Kevin said, “I created it by taking photos and setting it up. I heard that it sold out as soon as it went on sale, so I’m thankful for the fans.” 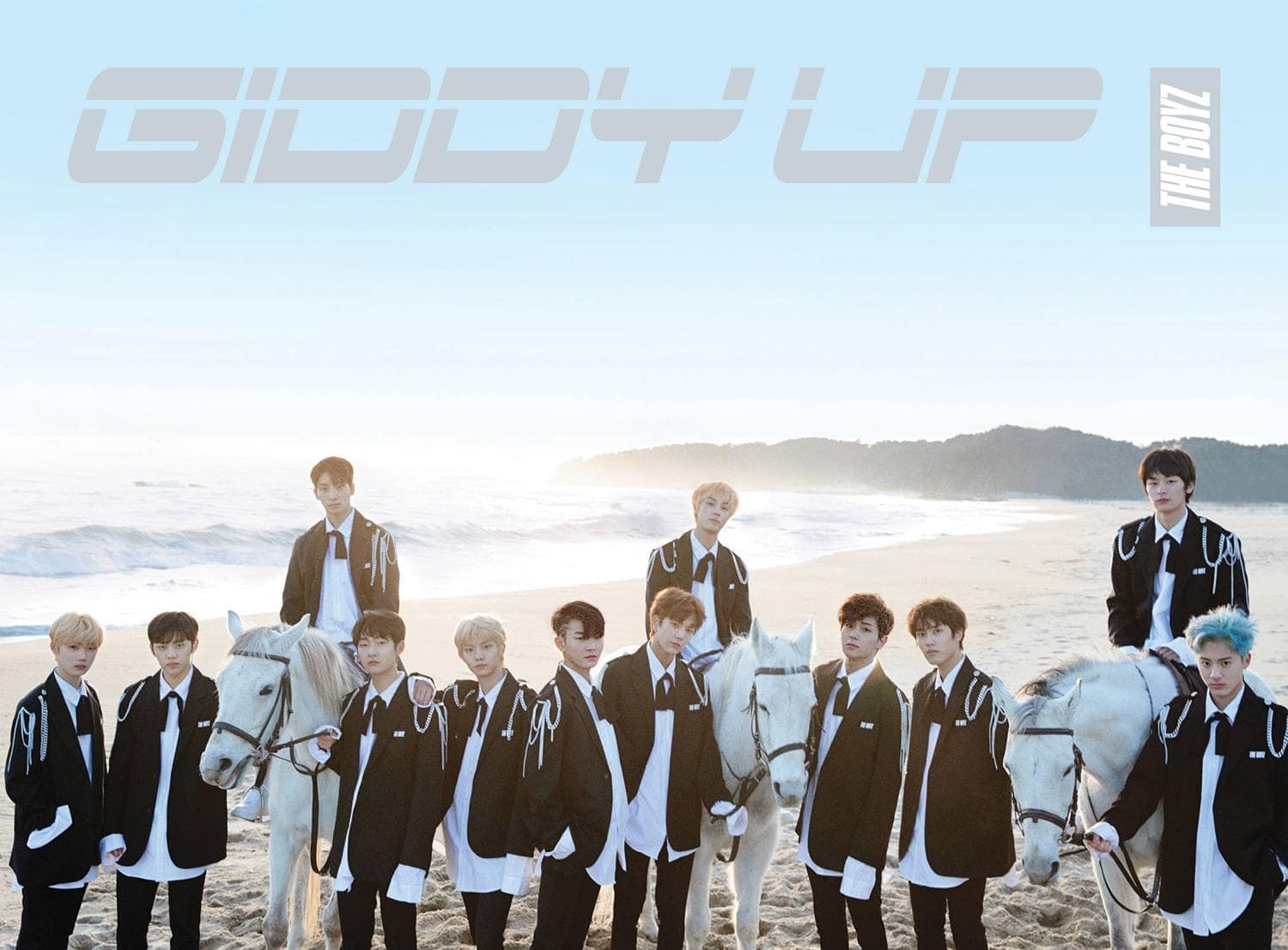 The group’s title track “Giddy Up” is a bright, funky track about going forward. Prior to the comeback, it was revealed that Hwall would be sitting out on promotions due to recovery from leg surgery.

Kevin said, “I went to the hospital a few days ago. The surgery went well. When I looked at Hwall’s face, it was full of disappointment. Thankfully, I think his condition is good. I want him to get well soon and promote together.”

Juyeon stated, “Hwall is our team’s performance member. We worked hard to fill his empty spot. We video-called him before coming here. His condition got a lot better.”

Ju Haknyeon, who gained popularity through his appearance on “Produce 101 Season 2” prior to his debut, stated, “I think I’m slowly improving from my trainee years. If I keep improving, I think that one day I’ll hear that I’m doing well. Now that I’m 20 years old [by Korean reckoning], I want to become cooler.”

Eric said, “This album is our first comeback. Since it’s our first album release in 2018, I prepared for it with the mindset of debuting again with the older members. The more we work together, the more our teamwork becomes stronger, and we can enjoy the stage.”

The Boyz released their comeback mini album and title track “Giddy Up” on April 3 at 6 p.m. KST.

XPN
THE BOYZ
How does this article make you feel?