Luna was chosen as the first keyman for the 2018 Hidden Track Number V Project, and teamed up with Yoo Yong Min from Mystic Entertainment. The duo first performed together this past February, and reunited for another performance at West Bridge Live Hall in Seoul on April 3, which was also broadcast on Naver V Live.

During the broadcast, Luna revealed some exciting news about her upcoming music. She shared, “I went to New York for my first vacation of 2018. I received a lot of energy for my own music. I filmed something for the show I’m currently appearing on, and I think there will be good news in April as well.” 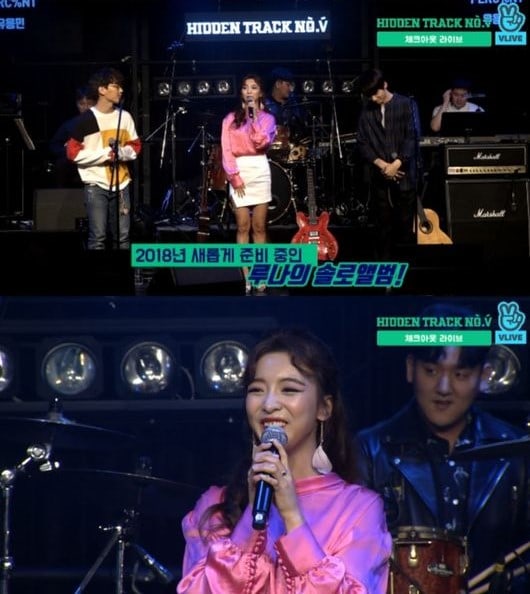 She continued on to say, “I want to release a lot of self-produced songs this year, so I’m working hard to prepare. I don’t know when it’ll be exactly, but I think you will be able to hear Luna’s third self-produced song soon. Please look forward to it.”

Are you excited to hear more of Luna’s music?