During the broadcast, Ji Suk Jin asked her if there is any husband material among the cast members of “Running Man.”

The actress responded, “There is none at all. We’ve spent nine years together like blood-related brothers, so that’s a very sudden question. I don’t even want to think about it.”

Ji Suk Jin then said, “You could always just choose me out of politeness,” to which Song Ji Hyo remarked, “You’re actually in the lowest ranks.” 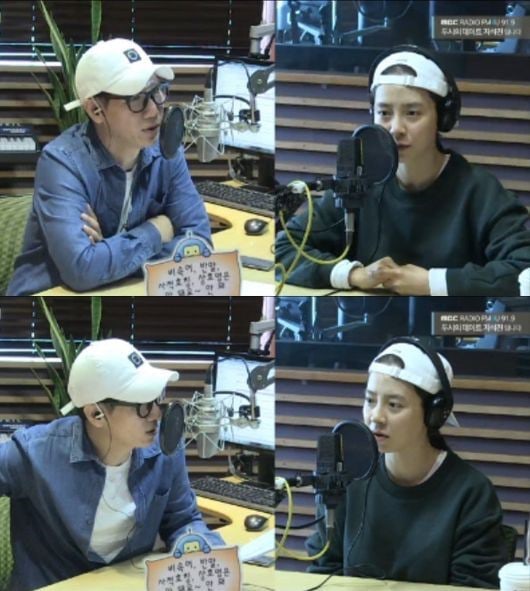 Song Ji Hyo was then asked whether she is more attracted to Kim Gun Mo, who enjoys drinking, over Kim Jong Kook, who does not drink.

The actress replied that this is true, saying, “Kim Jong Kook really takes care of his [physical health], so he doesn’t really drink. Because of this, it took a long time to get close to him. I’m pretty lively, so I usually get close to people by drinking with them.”

Meanwhile, you can watch Song Ji Hyo in the latest episode of “Running Man” below!