A remake of the BBC show “Mistresses,” OCN’s “Mistress” is a mystery thriller that centers around the twisted relationship between four women with something to hide and men close to them. The drama portrays how an everyday cafe manager, a psychiatrist, a teacher, and an office manager at a law firm become involved in a murder.

The posters for each character are shot as if someone is sneaking a look at her. Jang Se Yeon, played by Han Ga In, is holding her cell phone close to her chest as she looks blank. “That phone call… I thought it was from my husband who died two years ago,” the poster reads. Jang Se Yeon is a woman who is led to believe that her husband is still alive due to a string of mysterious events that happen around her. Other posters show her dressed in a red dress, and looking around in a field of reed. 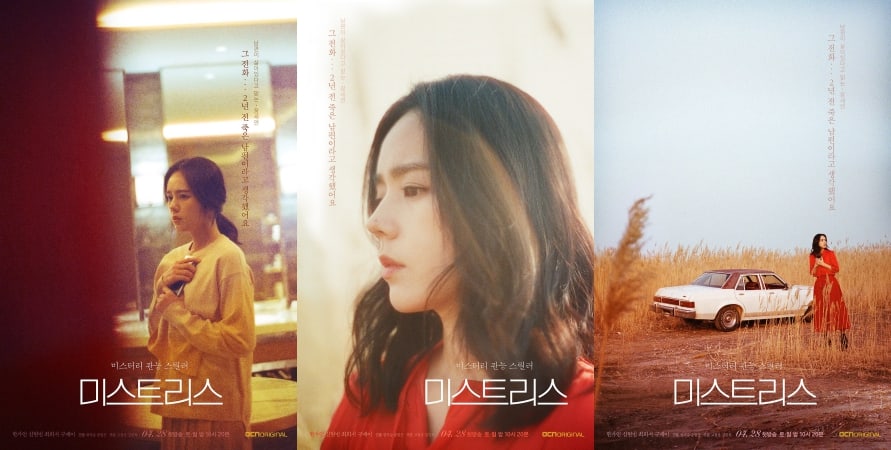 Kim Eun Soo, a secretive psychiatrist played by Shin Hyun Bin, is expressionless as she stands in a pool. “Everything was perfect. Until he showed up,” she says in the posters. 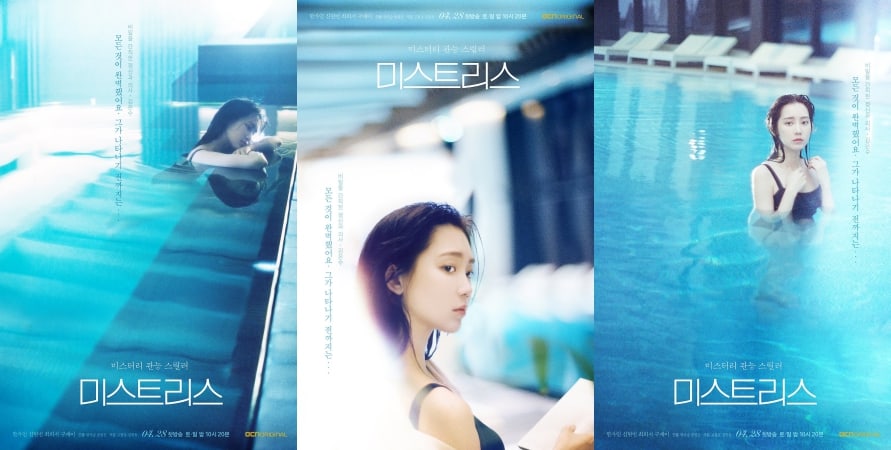 Choi Hee Seo plays the role of Han Jeong Won in the drama. In the posters, Han Jeong Won is described as a woman whose life has changed due to a single night’s mistake. She looks out the window of her car nervously on a rainy day. The line next to her reads, “What have I done?”

Do Hwa Young, played by Goo Jae Yee, is holding a huge luggage in an underground parking lot in the posters. “What’s there to life? See, it’s all over when you die,” the posters read. 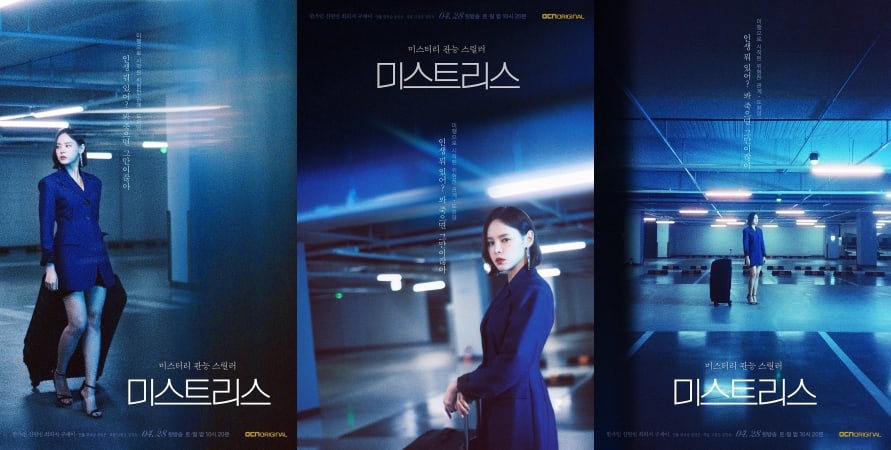 One thing to especially look forward to in “Mistress” is how these strong characters as well the actresses will work with one another in the drama. “I’d never had people of similar age get together and act before. I liked it, it was refreshing and felt comfortable,” Han Ga In said. “We shoot scenes when we are on set, but we also chat by ourselves. We get along well and more than anything, we share similar concerns, so there’s a bond. We’re having fun filming.”

Shin Hyun Bin shared, “Although we haven’t known each other for a long time, I feel comfortable and really enjoy the company. I think that this atmosphere in real life will show off in the drama.”

Choi Hee Seo also explained that she was genuinely happy to see the cast because she thought each actress perfectly fit her character. “From the script reading to the ongoing filming, I can feel that the four of us work well together and respect each other’s individuality,” she said.

Goo Jae Yee added that she had been waiting to meet the other actresses ever since the casting was confirmed. 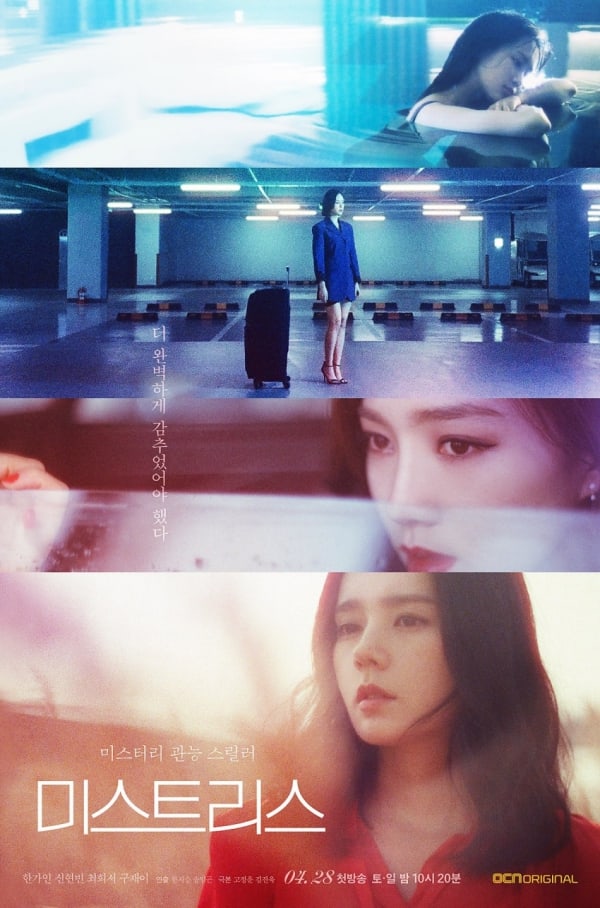 “Mistress” is set to air on April 28 as a follow-up to”Children of a Lesser God.” Check out the teaser here!