“Burning,” based on popular Japanese writer Haruki Murakami’s short story “Barn Burning,” centers around a mysterious relationship between three young characters. The movie unfolds as Jong Soo (played by Yoo Ah In), a part-timer at a distribution company, runs into his childhood friend Hye Mi (Jeon Jong Seo) and is introduced to a strange man named Ben (Steven Yeun).

The movie has been gaining attention not only because it is directed by Lee Chang Dong who is known for his works “Peppermint Candy” and “Oasis,” but also because Hollywood star Steven Yeun has confirmed to join. It also marks Yoo Ah In’s return to the big screen after two years.

The released poster shows Yoo Ah In staring intensely into the camera behind rain-stained windows. The line next to him reads, “Now, tell the truth,” hinting at the mysterious atmosphere that will dominate the movie. 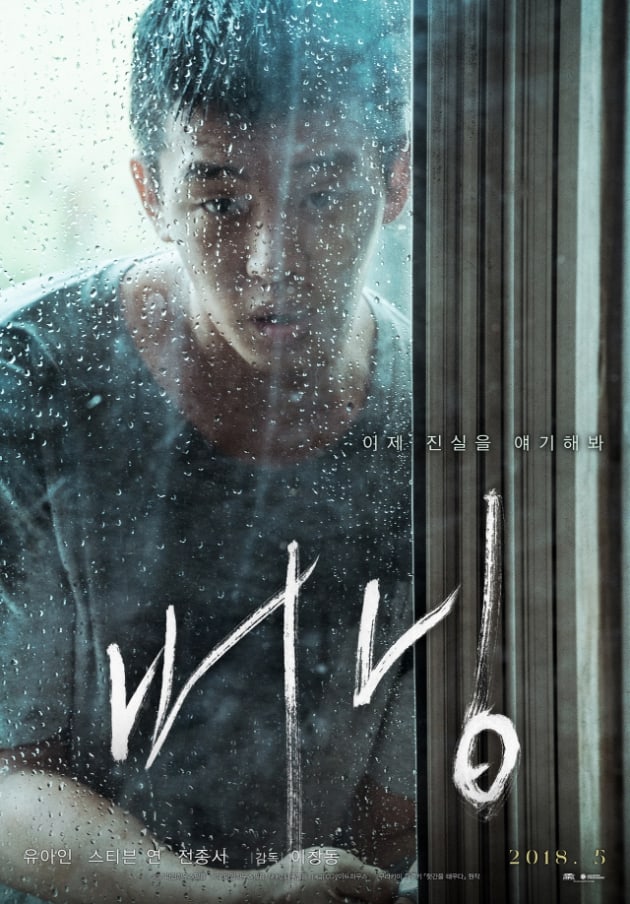 The teaser clip released on April 4 begins with Yoo Ah In running on a road filled with mist. As he continues running, smiling faces of Jeon Jong Seo and Steven Yeun flash up. A series of random images continue to pop up in short intervals including images of a club, a car pulling up on a dirty road, and a burning greenhouse. The video ends with a female voice whispering, “Now, tell the truth.”

“Burning” is set to premiere in May. Check out the intense trailer below!

Steven Yeun
Yoo Ah In
Burning
How does this article make you feel?