On April 7, GOT7 held a “lying down” or “LieV” broadcast through Naver V Live to talk about a variety of topics, including what their recent interests are and what kind of impression they want to leave on people. Jackson was unfortunately unable to participate as he is currently resting due to health concerns. 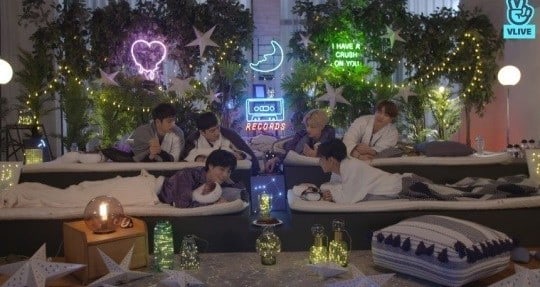 Setting the concept of their broadcast as “Look,” which is also the name of their recent comeback title track, GOT7 talked about what they’ve been “Look”-ing into these days. BamBam began by saying, “I like my two sons, my cats. I feel like doing so much for my cats these days and I bought them lots of snacks to eat. I want to feed them only good things.”

Yugyeom revealed that he’s been reading more books these days like JB and Jinyoung, and he also shared some words of wisdom as he said, “The words, ‘You must love yourself in order to be able to love everyone else,’ really stood out to me. There have been times when my self confidence was very low, and those words really helped me through those moments.” His honest confession was met with support and love from fans who were watching the broadcast.

JB stated that as well as books, he’s become more interested in cameras, photography, and the weather, while Mark shared that his interests in exercising. Youngjae said that he likes to watch live performances by his favorite artists. 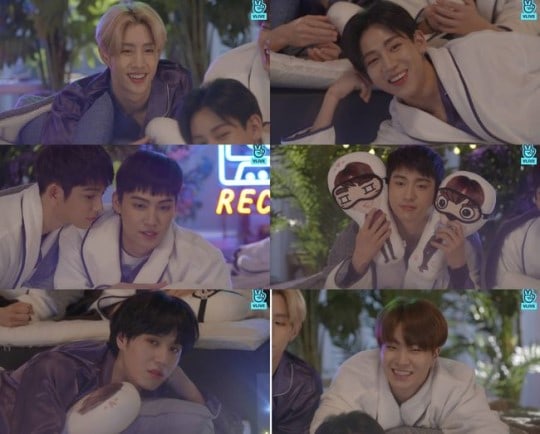 The members of GOT7 also shared a sincere conversation about what kind of impression they were “Look”-ing to leave with people. Jinyoung said, “I hope we can be approachable to others, and people will feel comfortable enough to come interact with us on a person-to-person level,” and Youngjae spoke up to say, “I hope that we’re seen as people who can put on an enjoyable performance.”

Finally, JB said, “Of course, we hope to be remembered as honest and hardworking people, and we hope to make lots of great music that can always bring up good memories.”