“Infinite Challenge” Members Comment On The Show’s Most Memorable Moments

On April 7, “Infinite Challenge” aired the first part of its special where the cast reminisced about the show’s episodes from 2005 to 2008.

The special episode delved into the show’s beginning and the formation of the members. Yoo Jae Suk mentioned actor Cha Seung Won and expressed his gratitude. He explained, “I felt sorry to have top stars on the show. We wore tight bodysuits and so we felt sorry, but Cha Seung Won happily agreed to appear on the show.”

He continued, “Park Myung Soo hasn’t changed since then, but the viewers began to accept him. When I see Park Myung Soo, I realize that if you stick to one path, then people around you will begin to accept you.”

Producing director (PD) Kim Tae Ho likened the members to soccer players and said, “When Yoo Jae Suk makes the opportunity for a goal, HaHa acts as a midfielder who helps him. He’s still fulfilling that role.”

Jung Joon Ha admitted, “At first, I couldn’t adjust. I’m not that way now, but I don’t know know why my feelings got hurt at the time. Yoo Jae Suk said to trust him and do it for four weeks, so I agreed to do it for four weeks.” He added that his “eating god” character on the show gave him lots of help. 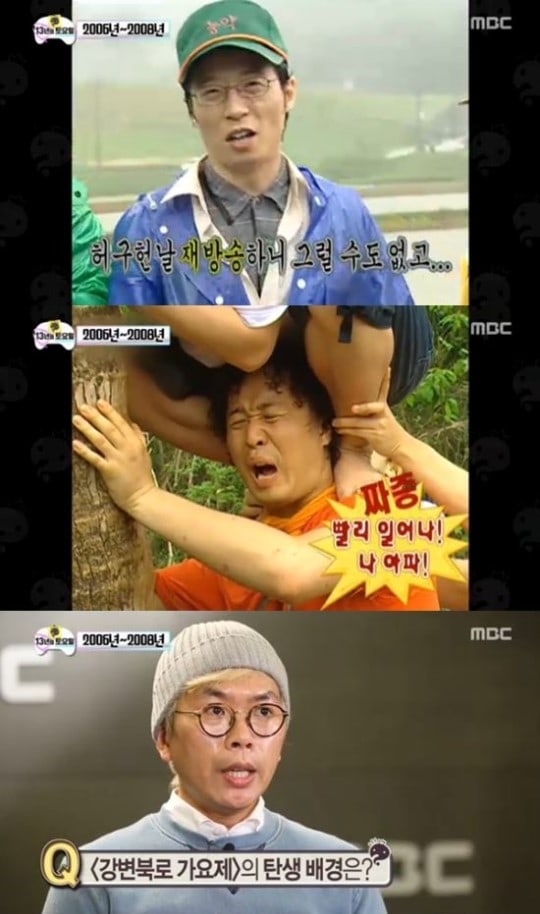 Kim Tae Ho PD added, “During the fall trip episode, Park Myung Soo was on an international call with his now-wife for an hour before filming. I think his concerns made him forget about filming. I remember the captions calling him a woodpecker.”

Park Myung Soo revealed, “I was really distressed at the time. We were dating with the intention of marriage, but it wasn’t going well, and we had to break up. I was sorry to the viewers, but I was in a daze. I was thankful to those who edited it to make it funny. At the time, my mind was elsewhere.”

The cast also brought up the famous “Gangbyeon Road Concert” that took place in 2007. HaHa commented, “I didn’t know that ‘A Story of a Short Kid’ would be so loved. If it wasn’t for ‘A Story of a Short Kid,’ I wouldn’t have been able to start reggae. I think variety shows were a second chance for me as a singer.”

Yoo Jae Suk chose the “Shall We Dance” special as a memorable episode and HaHa agreed. The MC revealed, “I was personally surprised at the staff,” and said that he was in awe of how every member’s efforts were portrayed on the show.

Kim Tae Ho PD stated, “It was an episode where we showed the process more than the result-oriented techniques of broadcasting. I remember it as an episode that received good reactions.”

Yoo Jae Suk also brought up the difficulties with the cast’s trip to India. 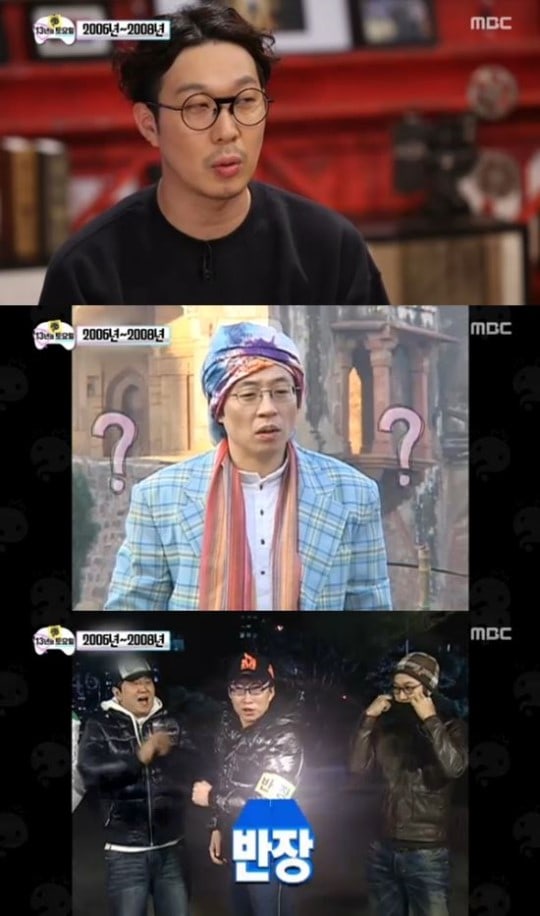 Kim Tae Ho PD explained, “We were scammed by the Indian production company that we had cast. We cast five gurus, but one was trying to dress up as all five and come on the show.”

HaHa also shared his thoughts at the time of his return to the show. He recalled, “I felt like there was no place for me. It was already too big, and it was really burdensome. I was scared to return.”

“Infinite Challenge” aired the finale of its season on March 31. Watch the first part of the special episode now!