April 8, 2018 marks EXO’s sixth anniversary since debut and right at midnight KST on this day, the group shared loving messages with their fans!

EXO first released a special compilation video of the members before their debut showcase, talking about how nervous they are, as well as a clip from their currently ongoing fourth concert tour “EXO PLANET #4 — The EℓyXiOn.” Along with this, they quoted a part of their song “Angel” and wrote, “EXO with EXO-L. If we walk together, anywhere would be heaven.”

Member Lay posted on his Instagram, and reminisced about the last six years as he thanked his fellow members and fans.

All nine members also shared handwritten messages and photos with the fans. 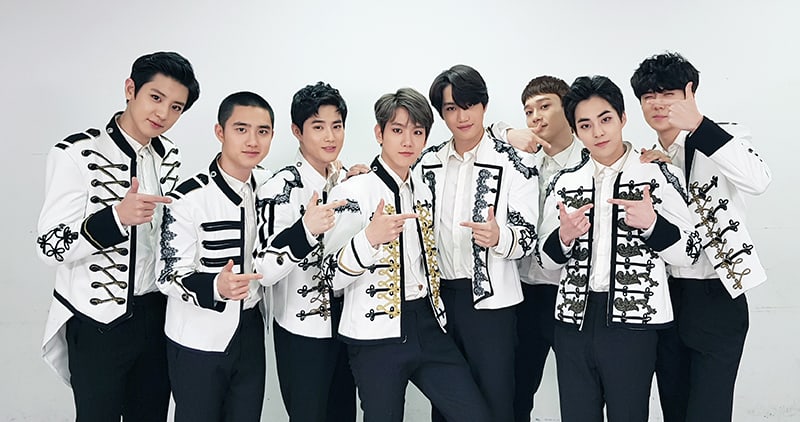 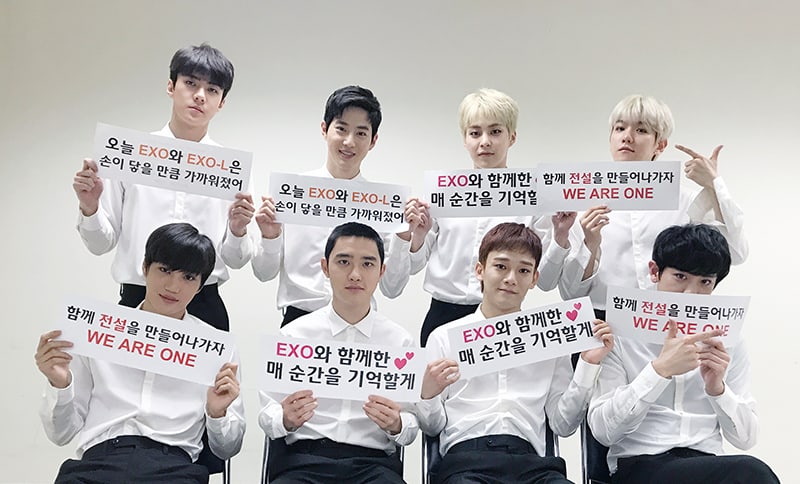 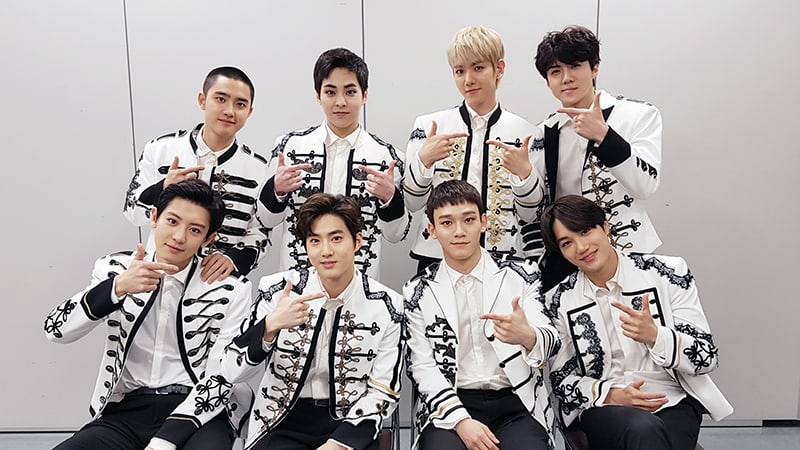 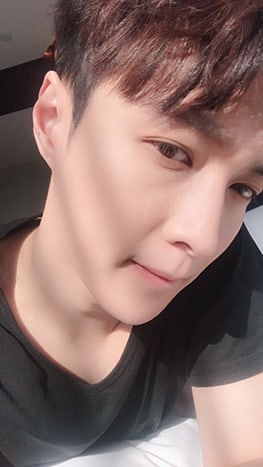 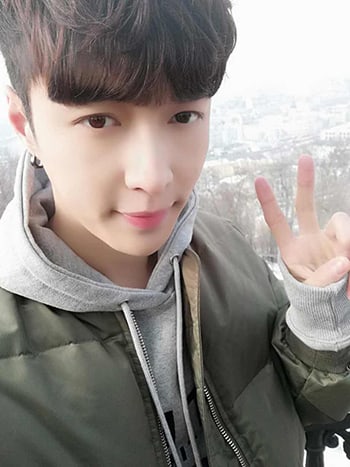 Xiumin wrote, “EXO is already six years old! Time flies by really quickly… To think that the time we spent with our EXO-Ls was this much! I was very happy to be a part of EXO for the last six years. I will be EXO for the rest of my life! EXO-Ls, let’s be happy for a really long time.”

Suho expressed, “To think that EXO has become six years old. It’s all thanks to EXO-Ls! Let’s be together for 60 more years!” while Lay said, “Six years went by quickly. You’ve worked hard everyone. Thank you for supporting EXO. Also, please be happy.” Both members also drew pictures with their messages. 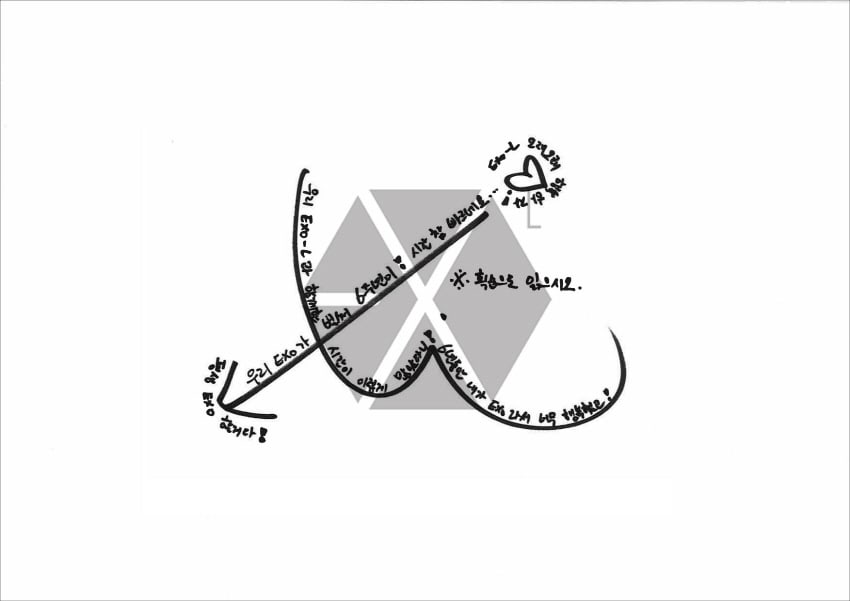 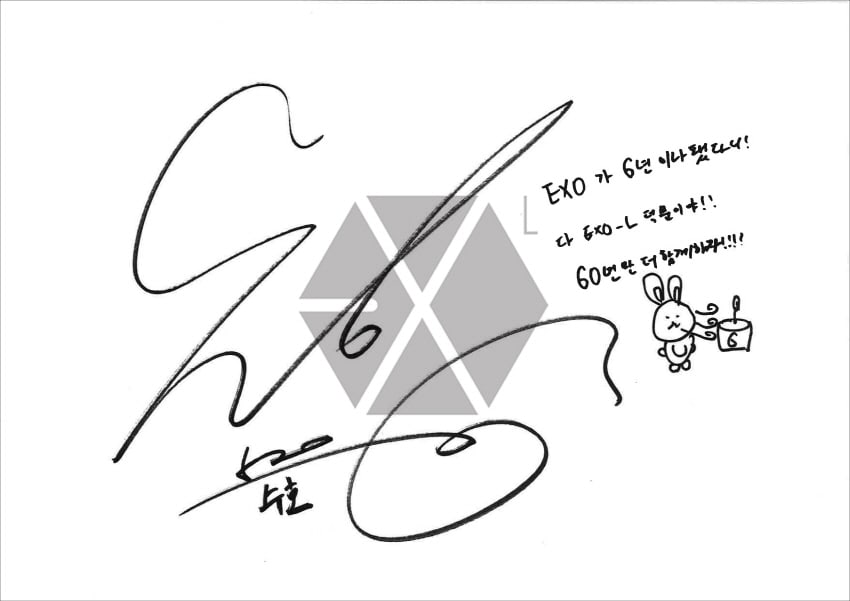 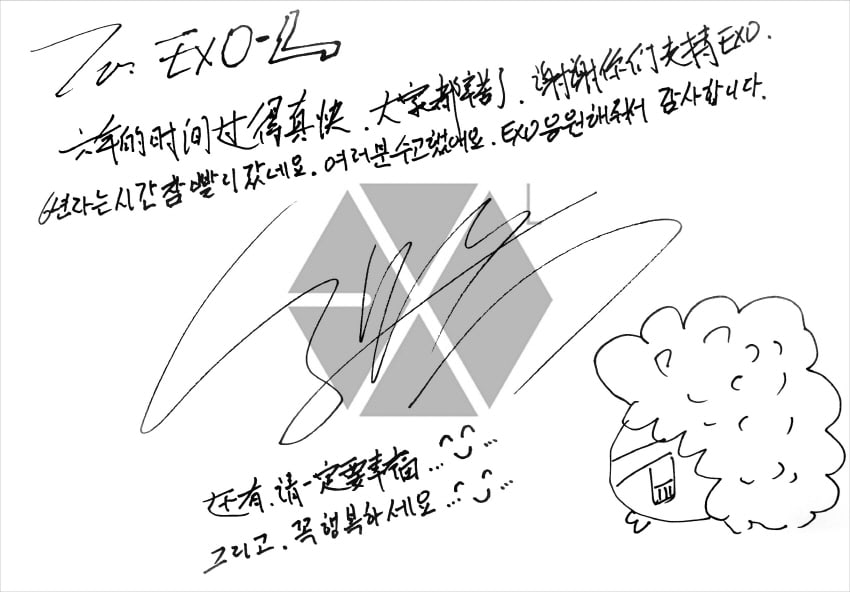 Baekhyun stated, “Sixth anniversary! It feels like we’ve been together for a long time! But we still have a long road ahead of us! Let’s be together for a very long time! Our Eris! I love you and let’s always be healthy and happy!” Chen expressed, “To think that EXO is already six years old… It’s really amazing and I can really feel that a lot of time has passed. It’s a long period of time if we say it’s a long period of time, but I continue to leave myself in your hands for even longer. I love you”

Chanyeol wrote, “April 8, 2018! Six years have passed since EXO was created! In celebration, I will make a poem using 20180408.” Playing around with how the numbers are said in Korean, he continued, “It’s April 8, 2018. Everyone who eternally loves EXO, even if 1000 years pass, our hearts that beat wildly will [be] forever… I’ll stop here… I love you.” 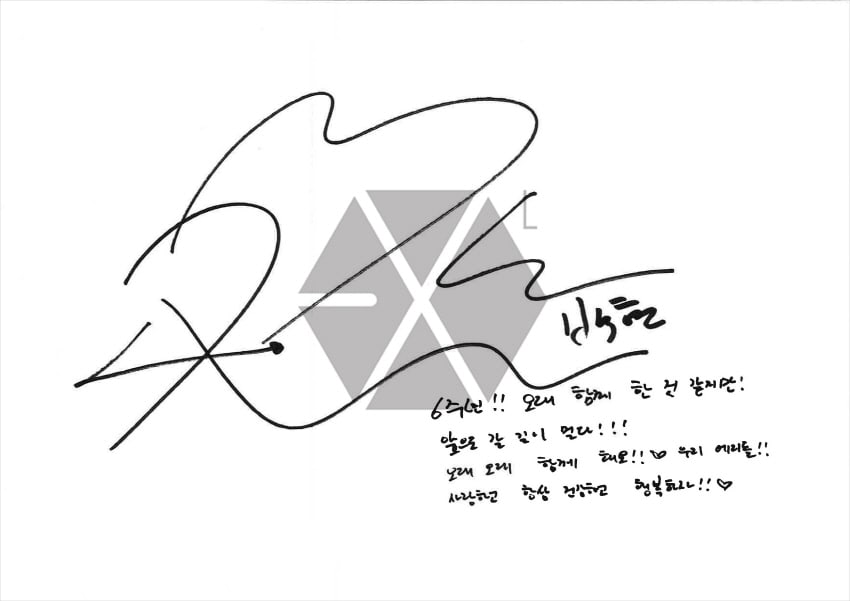 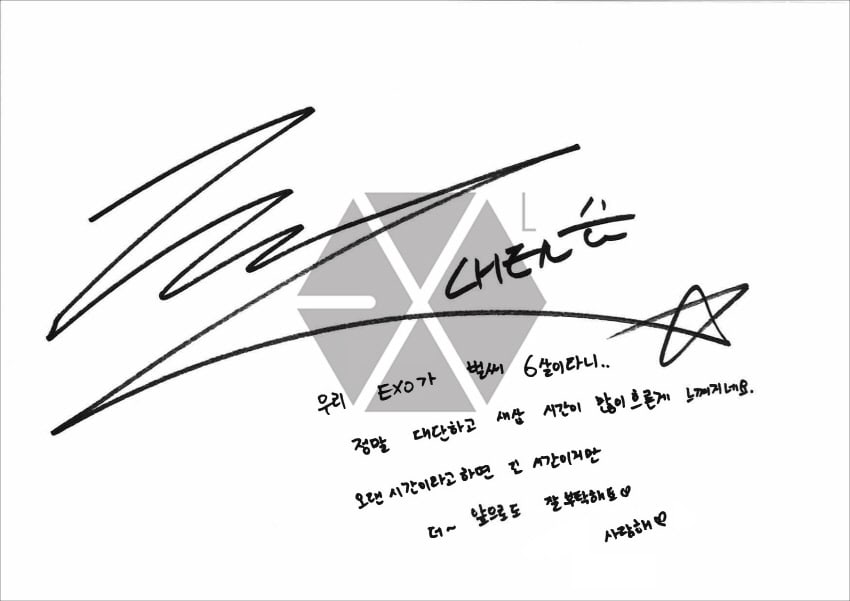 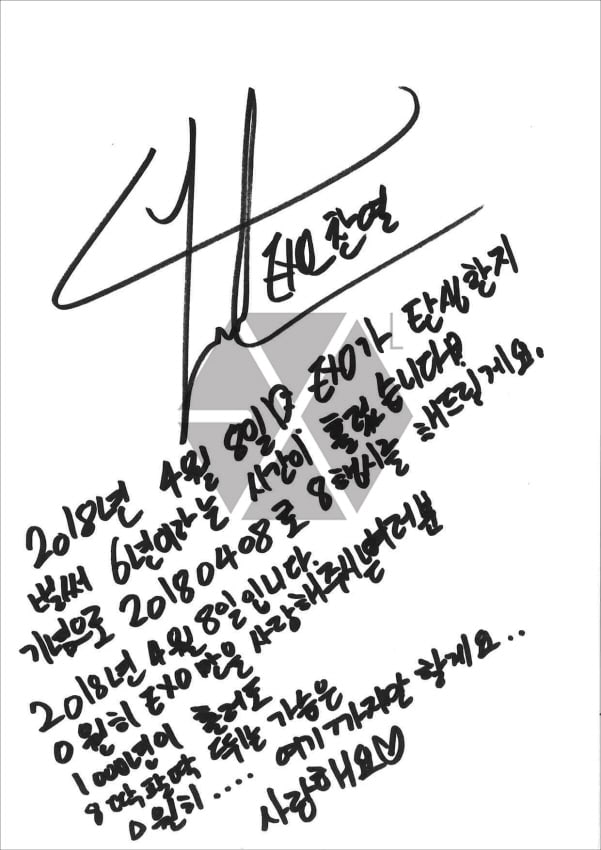 D.O. simply said, “We’re six years old. Happy birthday!” while Kai stated, “Hello, this is EXO’s Kai. April 8 is a special day, right? It’s the date of our debut. Six years have already passed. I still get nervous and laugh when I think about back then. We met back then and we have been together since. Every day brings me happiness ever since I met you all. I continue to leave myself in your hands!” 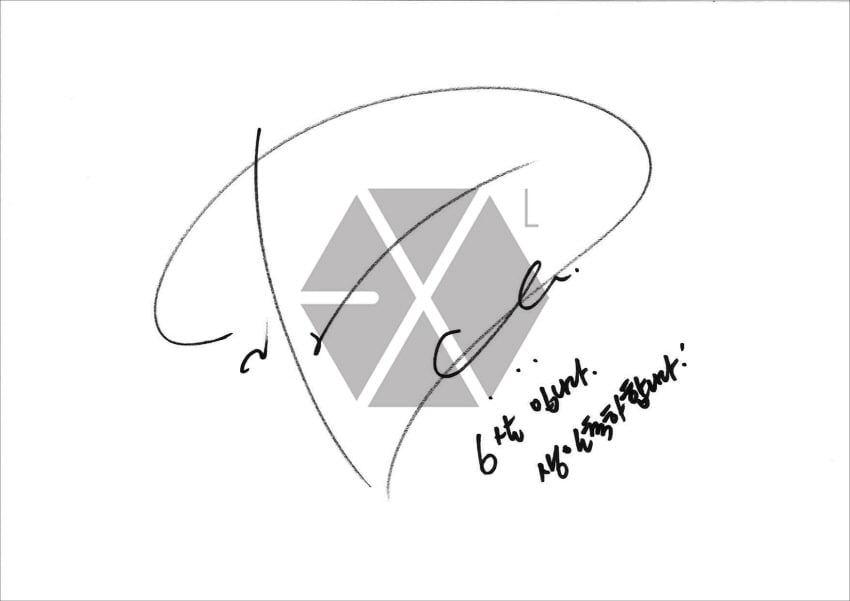 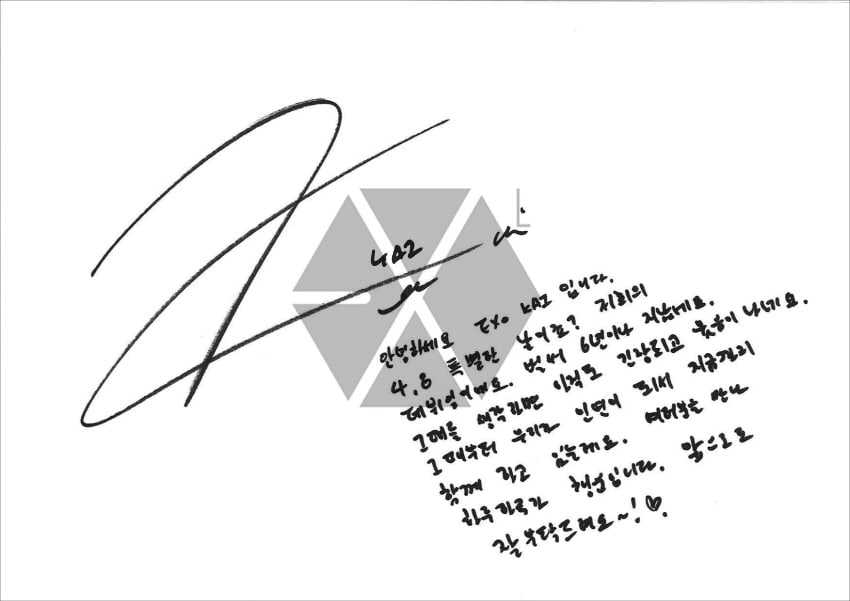 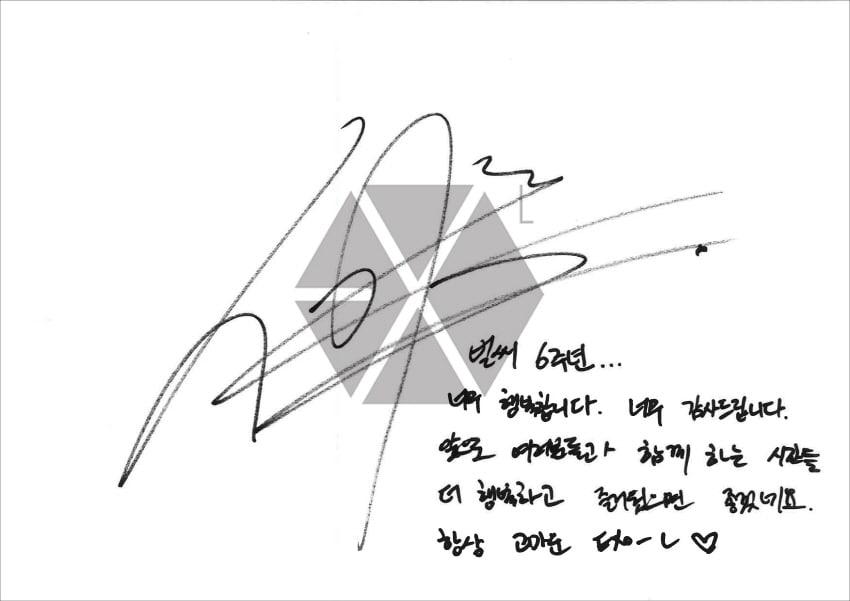 Fans also celebrated the day by sharing some of their thoughts and favorite memories with EXO.