Contrary to his intense, anger-filled character on-screen, Joo Sang Wook is playful and lighthearted in a making video for “Grand Prince,” where he has fun with the cast and staff.

The scene filmed in the making video is one where Joo Sang Wook fires an arrow at Yoon Shi Yoon in his home, late at night. The clip begins with Ryo Hyoyoung having fun as she plays with the prop bow and arrow. She jokes, “I will kill her… Ja Yeon [Jin Se Yeon‘s character], I’m sorry!” 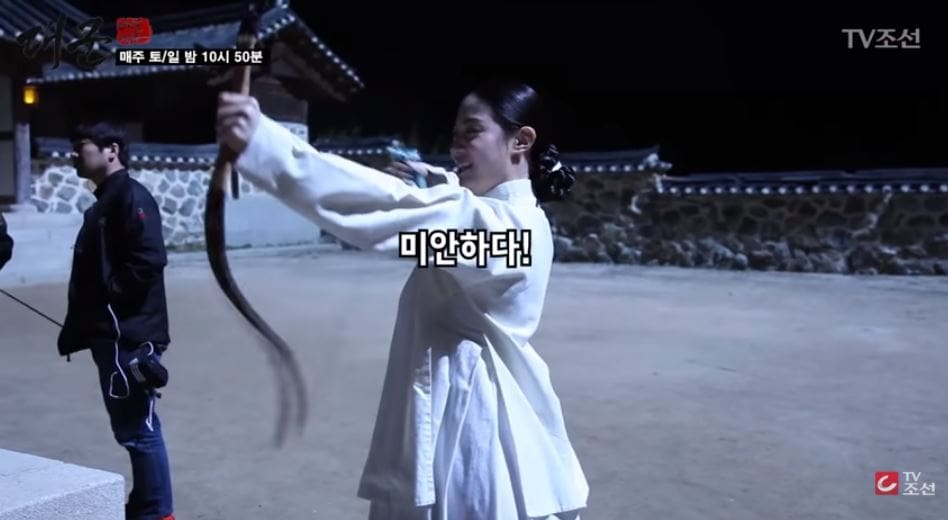 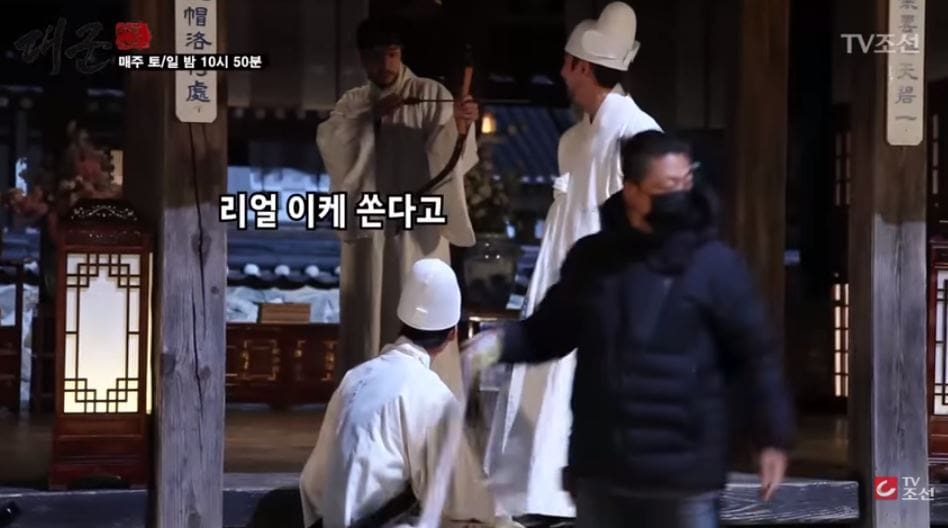 They then begin filming, with Joo Sang Wook knocking his arrow onto his bow, and Ryu Hyoyoung grabbing onto his arm in an attempt to start him. She begins her lines, but as she’s holding down his arm, Joo Sang Wook interrupts her and jokes in an angry tone, “I have to shoot the arrow, how am I supposed to do that if you’re [holding onto me] like that?” which makes the staff members laugh. 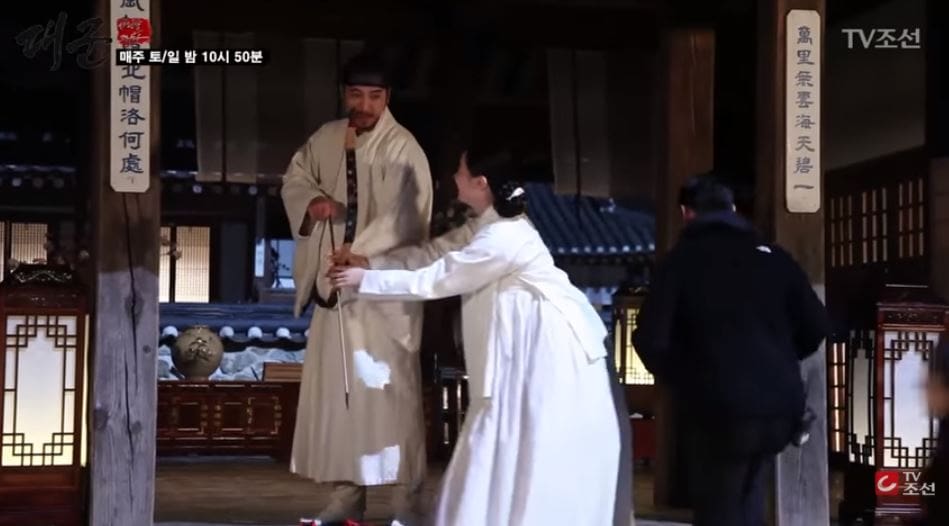 Joo Sang Wook then worries that the arrow will actually fly out when he shoots, and one staff member reassures him and says they would move out of the way. He continues to worry and even says he would shoot it upwards, and one staff member then explains that the arrow tip is made out of leather. They joke, “Shoot it at a person you don’t like.” Joo Sang Wook declares, “Whoever gets hit by the arrow has to eat two late night snacks tonight.” Yoon Shi Yoon suggests, “How about the person who gets hit by the arrow has to pay for late night snacks?” The two of them agree and they are able to successfully film the scene. 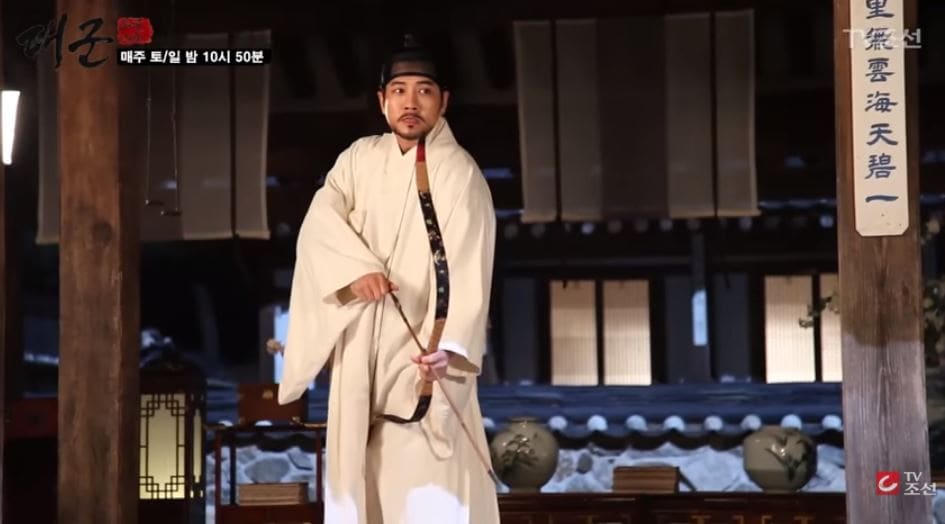 If you haven’t already, watch the first episode of “Grand Prince” below!