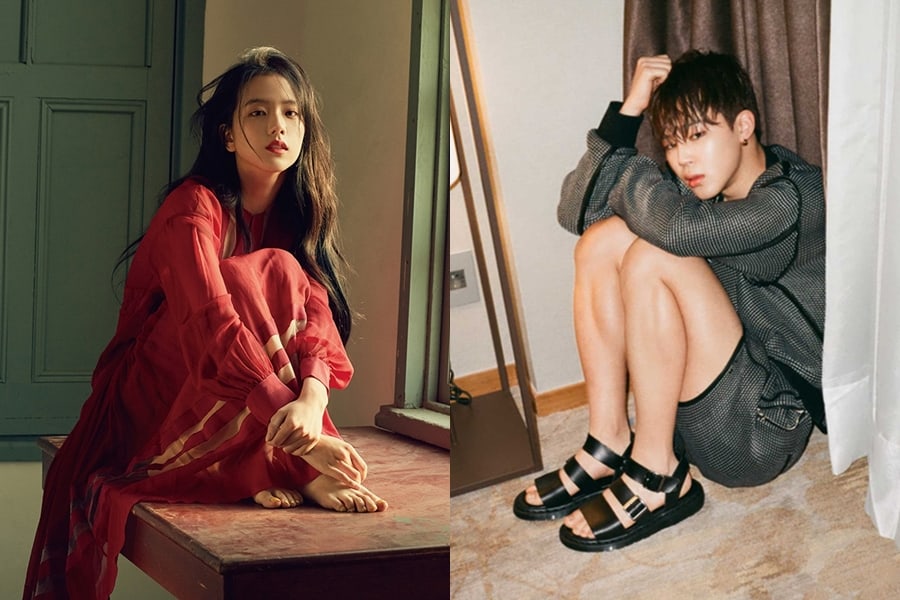 9 Times Idols Melted Our Hearts With Their Thoughtfulness

Idols’ genuine thoughtfulness can be witnessed on several occasions through interactions with their fellow members, fandoms, or staff, as well as in random situations. Some of these moments are caught on camera when they’re at concerts, fansigns, or even at the airport. To highlight these sweet interactions, here are nine times idols melted our hearts with their thoughtfulness!

1. When Jimin cared for his members’ safety

Labeled “Little Mochi” amongst many other affectionate nicknames, Jimin’s tenderness has been largely perceived since BTS’s debut. The soft idol can’t help but look after his fellow members and worry about their safety. One particular moment is when Jimin carefully checked the chairs used for BTS’s live performance of “Just One Day” and had one of the shaky chairs replaced.

2. When Chanyeol bought coffee for his classmates

EXO’s happy virus is also a thoughtful soul. Last year, the idol rapper was complimented for his sweet gesture towards his group project members, as one of his classmates posted a couple of photos on her Instagram showing a dedicated Chanyeol putting straws into coffee cups that he had bought for them.

3. When Hani worried about her fans’ health

A set of cute photos of Hani circulated online, as one of her fans snapped her reaction upon seeing a group of LEGOs waiting for her under the pouring rain. Despite the bad weather, fans stood outside without umbrellas, thus making the kind-hearted idol worry about them, which she vividly conveyed through her facial expressions.

This shining angel’s kindness is no secret, as we have witnessed it time and time again during his lifetime. After a stressful day at work, a lucky fan received a heartwarming surprise when Jonghyun dropped by her workplace after closing hours. Unable to look him in the eye at first, the pair eventually hung around the coffeeshop as he helped her finish her chores. Later, the gentle idol made her a smoothie, listened to her worries, and gave her advice. At the end of the video, Jonghyun walked the young lady home and told her that “she did well.”

5. When Taeyang fed his fans

For years now, Taeyang has proved his status as the king of fan service. During his overseas promotions, BIGBANG’s sunshine sure knows how to spoil his fans by feeding them all kinds of treats: ice cream, chips, and even fruit. Yet, his most popular treat to date is gummy candy that he always offers to as many VIPs as he can.

6. When Youngjae looked after a staff member

Youngjae’s overflowing kindness is one of the reasons that make Ahgases fall for him. The caring member brings joy to everyone around him and brightens their day with simple but valuable acts of kindness. During DongA Media‘s annual flower distribution event for Korean Arbor Day last year, the idol caringly pulled the staff member who was holding the umbrella for him under it as well to take cover from the sudden rain.

7. When Jeongyeon kept her fans warm

This little ray of sunshine makes our hearts melt with how thoughtful she is towards her fans. ONCEs were amazed with her concern about their well-being, as they greeted TWICE while it was snowing. On top of covering her fans with her own umbrella, Jeongyeon also shared one of her hot packs to keep them warm. 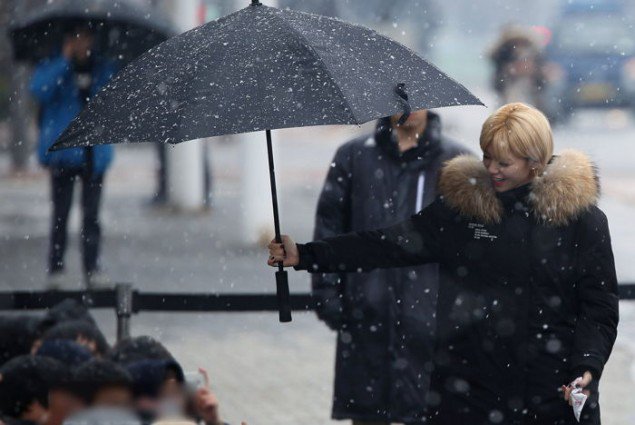 8. When Jisoo stopped Rosé from getting on the floor

The queen of warmth is in our area! Aside from her attractive 4D personality and her lively presence on variety shows, Jisoo also has a soft spot for her team members. In one of BLACKPINK’s rehearsals for “As If It’s Your Last” last summer, a fan cam caught Jisoo preventing fellow member Rosé from doing her usual sliding dance routine since the floor was wet.

9. When IU brought snacks from abroad to her fans

IU’s fans noticed that IU always purchased various goodies whenever she traveled abroad for her schedule. Once she returned back to Korea, she would personally deliver these snacks to the fans waiting for her at the airport and ask them to share with one another. According to one of her fans, IU initiating her generous gesture by buying them star candy at first, but she started gifting them well-known holiday snacks later on.

What’s your favorite moment from the list above? Let us know in the comments below!