On the April 8 broadcast of SBS’s “Running Man,” the regular cast members and long-term guests were tasked with finding the three hidden “coaches,” or spies, within the group.

While on their way to the next destination, the PDs gave them another chance to obtain a hint, but only if they won a word game. The rules were that the cast had to make actual three-syllable words by each saying a syllable based on what the person before them said.

The PDs gave the first syllable, “gae.” Hong Jin Young immediately continued by saying “sae,” and made everyone burst out into laughter as those are the first two syllables of a swear word in Korean. 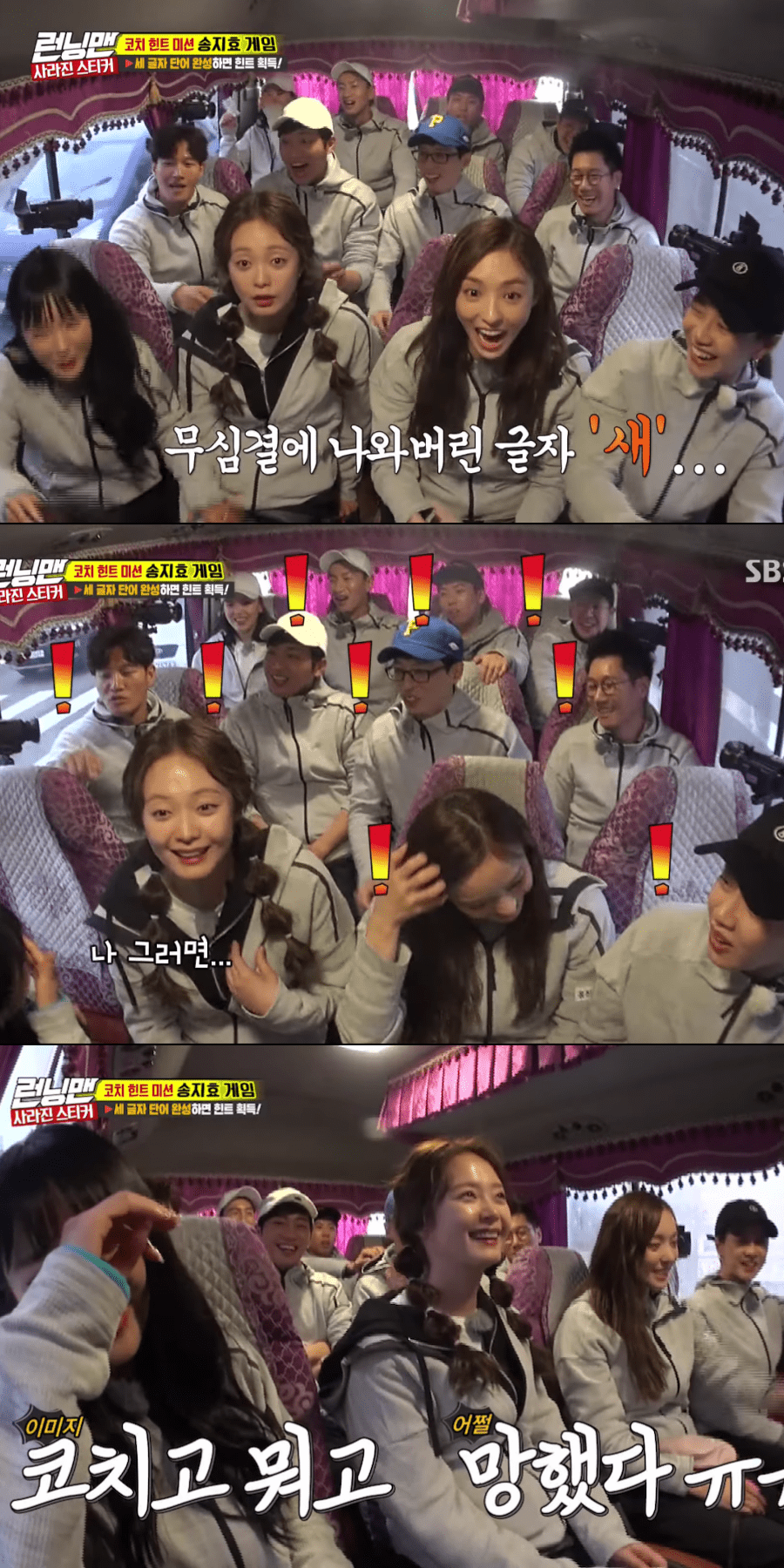 Although this species doesn’t exist, Hong Jin Young insisted that she meant for the next person to say “woo” and make the word “gaesaewoo [dog shrimp].”

Yoo Jae Suk jokingly commented, “Because this game makes you think of an answer in a short amount of time, you subconsciously think of words that you use normally.” Hong Jin Young replied, “That’s not it! Before I even knew it, because I felt rushed…”

Hong Jin Young
Running Man
How does this article make you feel?