The episode notably achieved the highest viewership ratings in its time slot for audiences in their 20s to 40s, widely considered the target audience for broadcasting. The first half of the episode achieved 4 percent, while the second half achieved 4.9 percent. This was higher than KBS’s “Happy Sunday” which recorded 4.1 percent and MBC’s “King of Masked Singer” which achieved 2 percent and 3.6 percent for its first and second halves respectively. The first and second halves of “Running Man” achieved national average viewership ratings of 5.5 percent and 7.6 percent.

This week’s episode of “Running Man” was filled with laughs with a lot of active participation from the guests. The members and the guests spent their time searching for the three spies amidst them. Many suspected Lee Da Hee from the beginning, and she underwent some tumultuous times as she needed extra help from the producers to understand the rules. The actress even ended up crying while defending herself, surprising the members and making HaHa exclaim, “I can’t do variety shows with Lee Da Hee!” 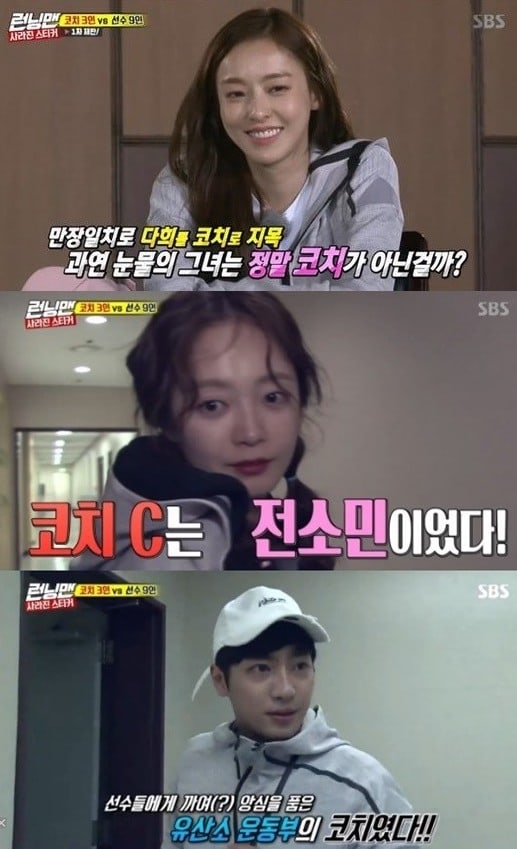 With Lee Kwang Soo‘s work eliminating some of the spies and Kang Han Na’s vocal opinion in suspecting Jun So Min as a spy, the members were able to vote on the correct spies. As a reward for defeating the spies, some of the members were given the chance to receive luxury package stickers. This scene was the highest viewed minute, and achieved a peak of 9.4 percent viewership ratings, as Lee Kwang Soo, Kim Jong Kook, and Yoo Jae Suk got the stickers.