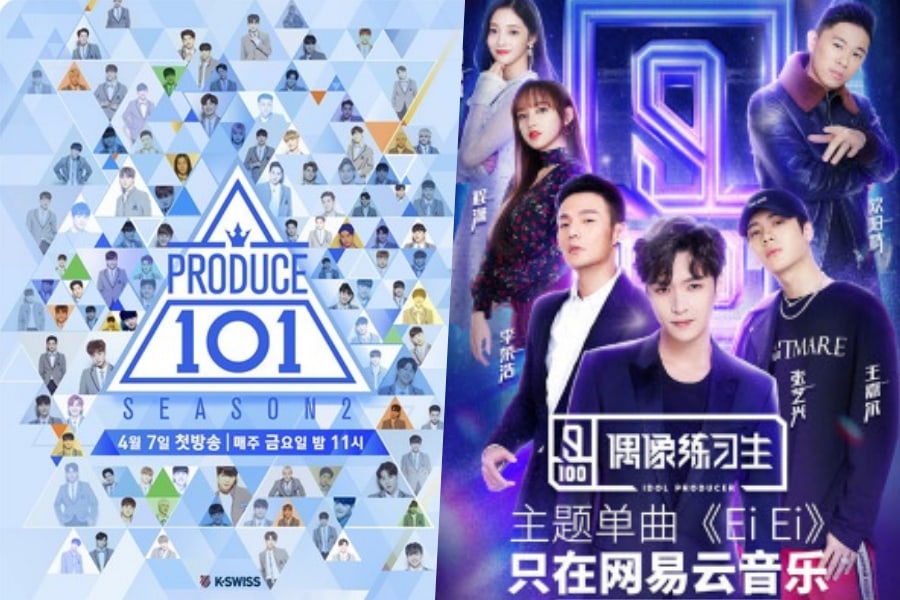 The Format Recognition and Protection Association (FRAPA) has come out to support accusations of “Idol Producer” plagiarizing Mnet’s “Produce 101 Season 2.”

On April 9, a source from FRAPA revealed that the similarities of “Idol Producer” to Mnet’s “Produce 101” was deemed 88 points out of 100. This is the highest score given by FRAPA throughout their various investigations of plagiarism controversies and allegations.

A source from Mnet commented, “It is unfortunate that [Idol Producer’s] entire concept and production, editing style, set design, and more are similar to ‘Produce 101’ that was broadcast in 2016 and 2017.” After the two domestic seasons, the official format of “Produce 101” was exported to China and will be premiering soon.

The similarities between “Idol Producer” and “Produce 101” were pointed out in China at the beginning of the show’s broadcast. Despite such concerns, it continued to air and received a lot of love. “Idol Producer” recorded more than 2.8 billion views, proving its immense popularity.

After placing within the top nine on “Idol Producer,” Fan Bingbing’s brother Fan Chengcheng and former “Produce 101 Season 2” contestants Justin and JungJung will be making their debut as 9%.

Produce 101
Produce 101 Season 2
Idol Producer
How does this article make you feel?