MYNAME member Chaejin posted a handwritten letter apologizing about the recent dating rumors between himself and Urban Zakapa’s Jo Hyun Ah, who both previously appeared on KBS’s idol rebooting project “The Unit.”

Reports of a possible romantic relationship between the former idol survival program contestant and mentor circulated after images of them playing a game in a casual setting were leaked online. The dating rumors were denied by both of their agencies.

MYNAME’s agency previously stated, “The photo was taken at a gathering with their acquaintances, when they were playing around during a game at a location where several people were present.”

His letter is as follows:

“Hello. This is Chae Jin Suk. First, I sincerely apologize to fans who cheer us on and support us, my members, agency employees, friends, and family for causing you concern. I’m sorry that I needed a few days to muster up the courage to say this.

“Unintentionally, a clip was posted online, but the cause of this was my thoughtless behavior, so I really wanted to say I’m sorry. I was surprised, afraid, and upset because things that were distorted from the truth were spreading. But more so, since I’ve lived the past eight years of my life with the support from the public and fans, I was more upset by the fact that I disappointed you.

“I think everything is the result of my lack of virtue. What happened that day is exactly what I said through my agency, without any lies or additions. Through this incident, I will self-reflect and learn. I felt deeply how all of my actions can be a test of my past.

“Once again, I sincerely apologize to the fans, MYNAME members, agency employees, friends, family, and everyone.” 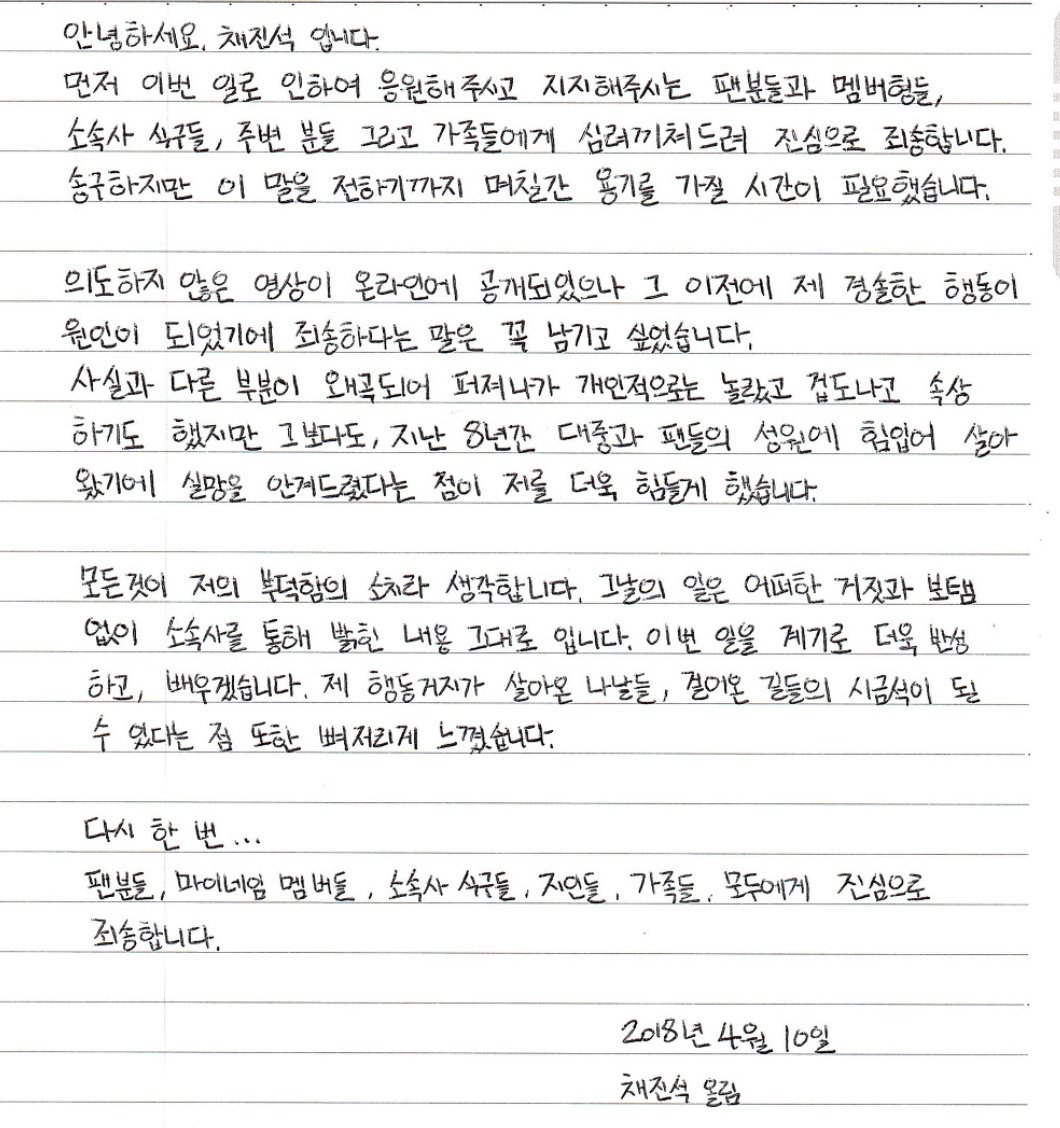