The actress will be playing Kim Bo Ra in the upcoming drama. Her character lives by the motto “My strength is unending optimism,” and is one that never loses her smile in the face of any adversity. With a talent for memorization, Kim Bo Ra always placed first in school. With her family’s expectations and her skills, she even gained early admission into one of the top universities in Seoul. However, she like many other college students, faced the difficult reality of finding a job as she prepared for employment.

In recently released photos, Ha Yeon Soo has transformed into a job-seeker from head-to-toe. Wearing clean-cut business attire, her hair neatly tied back, and a company name badge clipped to her coat, she smiles confidently and is ready for her dream job interview at Next In company. 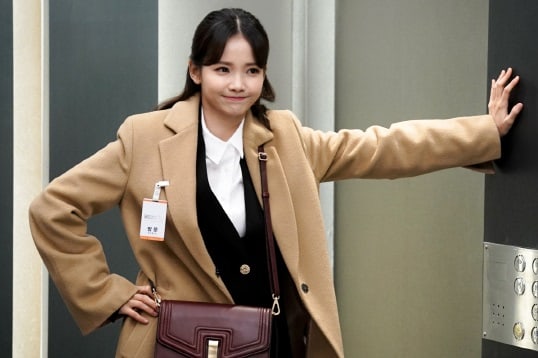 The production staff praised the actress, saying, “The staff were all surprised at how passionately Ha Yeon Soo worked to portray Bo Ra more perfectly. She continuously analyzes her character, monitors herself during filming, and communicates with the production team. She brightens the set, always smiling and laughing, as if she were really Bo Ra.”

“Rich Man, Poor Woman” is a remake of the Japanese drama of the same name . The drama is a romance that will follow Lee Yoo Chan (played by EXO’s Suho) who is a genius businessman who can’t recognize people’s faces, and the always optimistic Kim Bo Ra who has a perfect memory.

“Rich Man, Poor Woman” will air on May 9 at 11 p.m. KST, and will be available exclusively on Viki! Check out the trailer below: