In the midst of the latest dramas like “My Ahjussi” and “Live,” which show a more realistic and harsher view of life, one drama gives us respite and makes us feel the sweet sensations of falling in love — like the first time all over again. “Pretty Noona Who Buys Me Food” shows the natural progression of love, with the mixed emotions, complications and inexplicable excitement that come along with it. The premise of “forbidden love” between two individuals with a solid age gap and close family/ friends connection is nothing new in K-dramas, but the way this drama unfolds gives this otherwise clichéd topic a charming twist. Here are some moments that will surely capture your heart:

When the main leads playfully banter

At first, Yoon Jin Ah sees Seo Joon Hee as a younger brother, especially since she practically grew up with his older sister and has known both of them for a long time. Joon Hee, however, seems to have had a one-sided crush with his noona’s pretty friend, though he never really acted on it until they saw each other again. We can see how both of them are completely comfortable with each other, enough that they can freely tease and embarrass the other without feeling weird about it.

The playful banter between the two is so natural and brimming with chemistry that it will surely make viewers glued to the screen, waiting to see when their relationship will progress. I can’t count how many times Jin Ah “beats up” or fake-slaps Joon Hee, but it’s reflective of how there’s no initial awkwardness between the two and that they don’t take things too seriously whenever they’re together.

When they enjoy each other’s company over food

As they find that they like each other’s company, the unlikely couple also finds themselves in long conversations over food, which is basically what the title means. Jin Ah, being the older one, pays for the food most of the time, while Joon Hee uses it as an excuse to spend more time with her. All the times when they eat and crack up endlessly are just too adorable for words! The scenes show how the seemingly friendly banter can turn into something more. 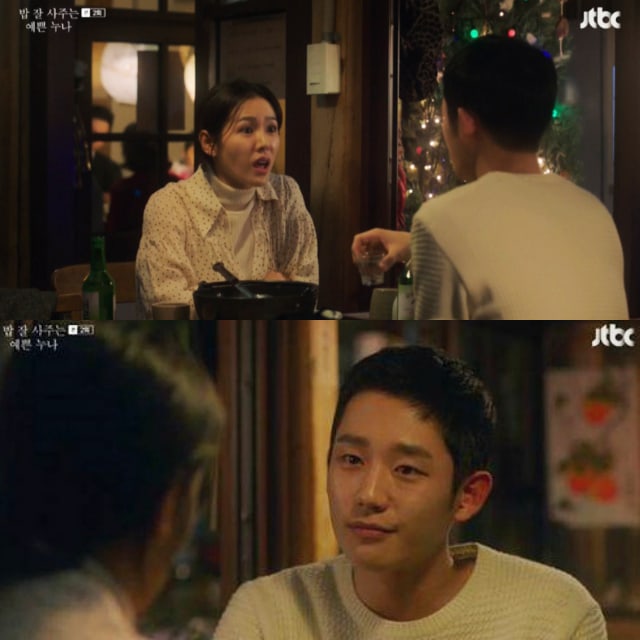 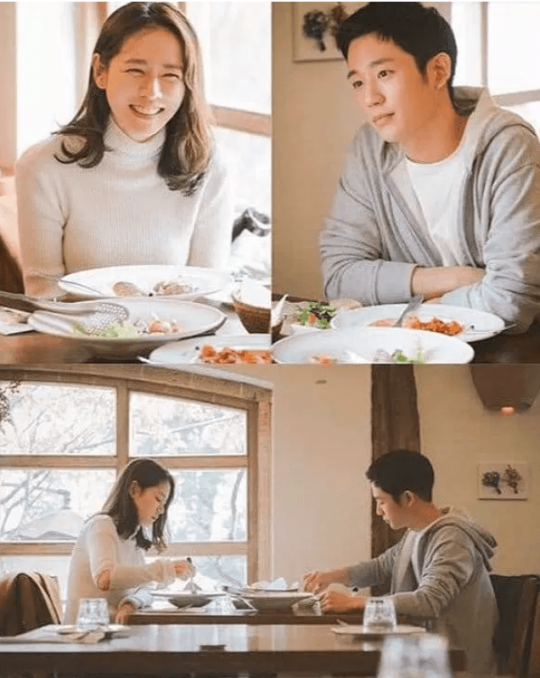 When tensions rise with jealousy

When Jin Ah’s ex-boyfriend shows up to ask her to get back together, Joon Hee pretends to be her boyfriend to save her. And when a co-worker shows interest in Joon Hee, Jin Ah feels a bit jealous. It’s a sure sign that both of them are starting to really like each other, and it’s even more obvious when they try to deny it! 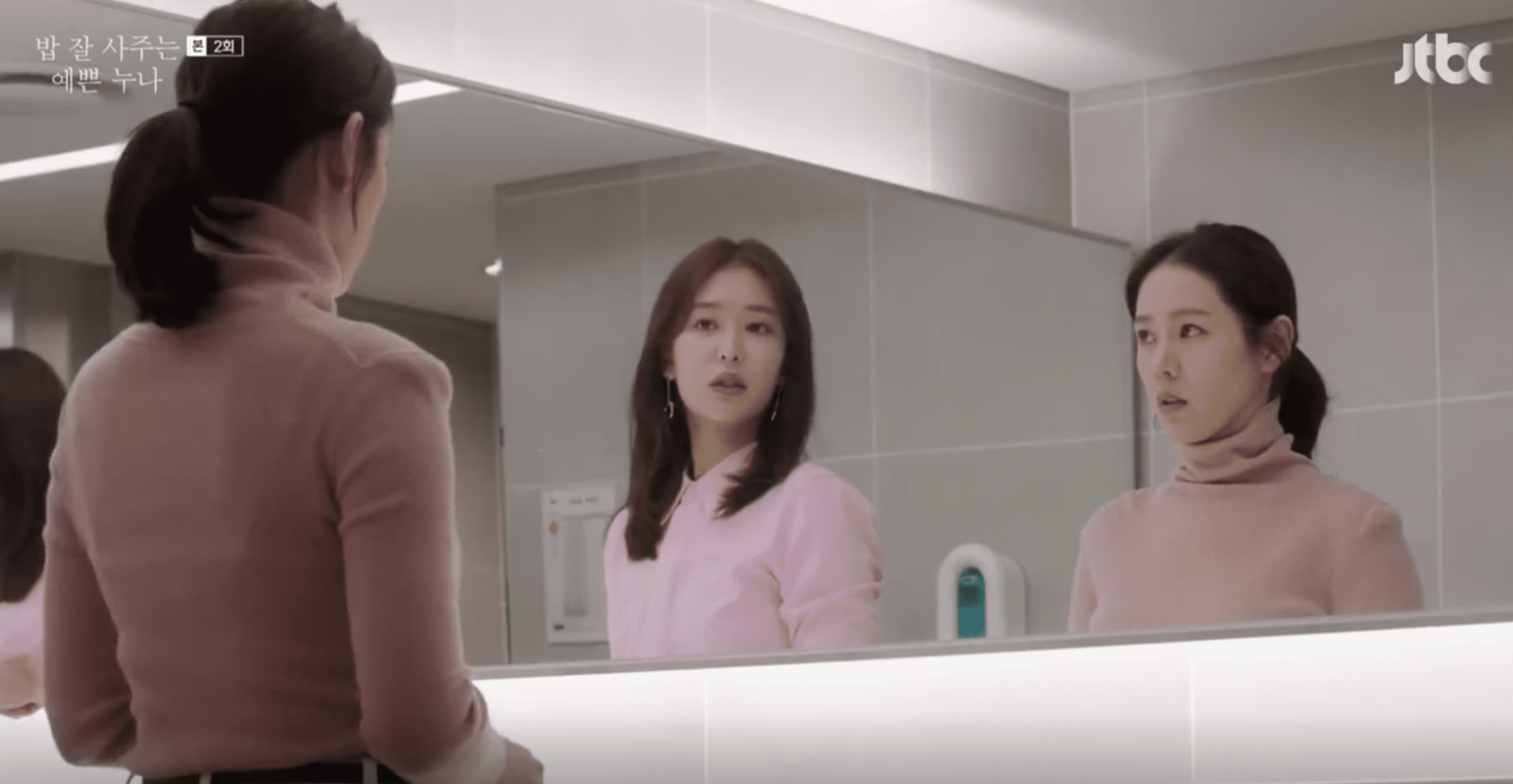 When they make up excuses to spend more time together

Time seems quite short when they’re together and having fun, so the two make up all the excuses to extend the moment in these scenes: 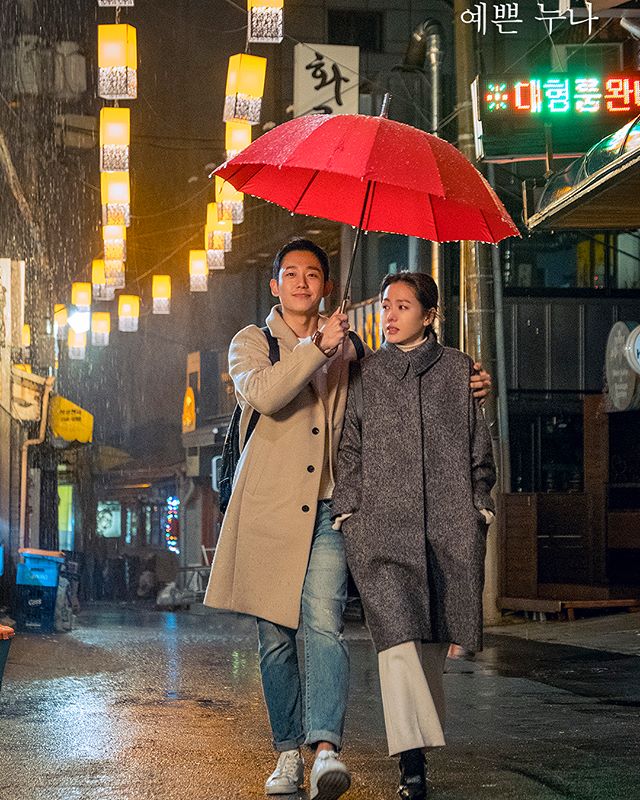 When it suddenly rains, Joon Hee buys only one umbrella on purpose so that he can share it with Jin Ah. They feel so cozy that instead of finding taxi to take them home right away, they both decide to turn back and walk around more!

They get “together” to play a game after they coming home.

Seeing them go on their first “date”

Though it isn’t really an official date, it is the first time Jin Ah and Joon Hee go out together alone. They do almost everything normal couples do: watch a movie, eat, and walk around the park. Theirs is a slightly less glamorous date but definitely more sweet and sincere. 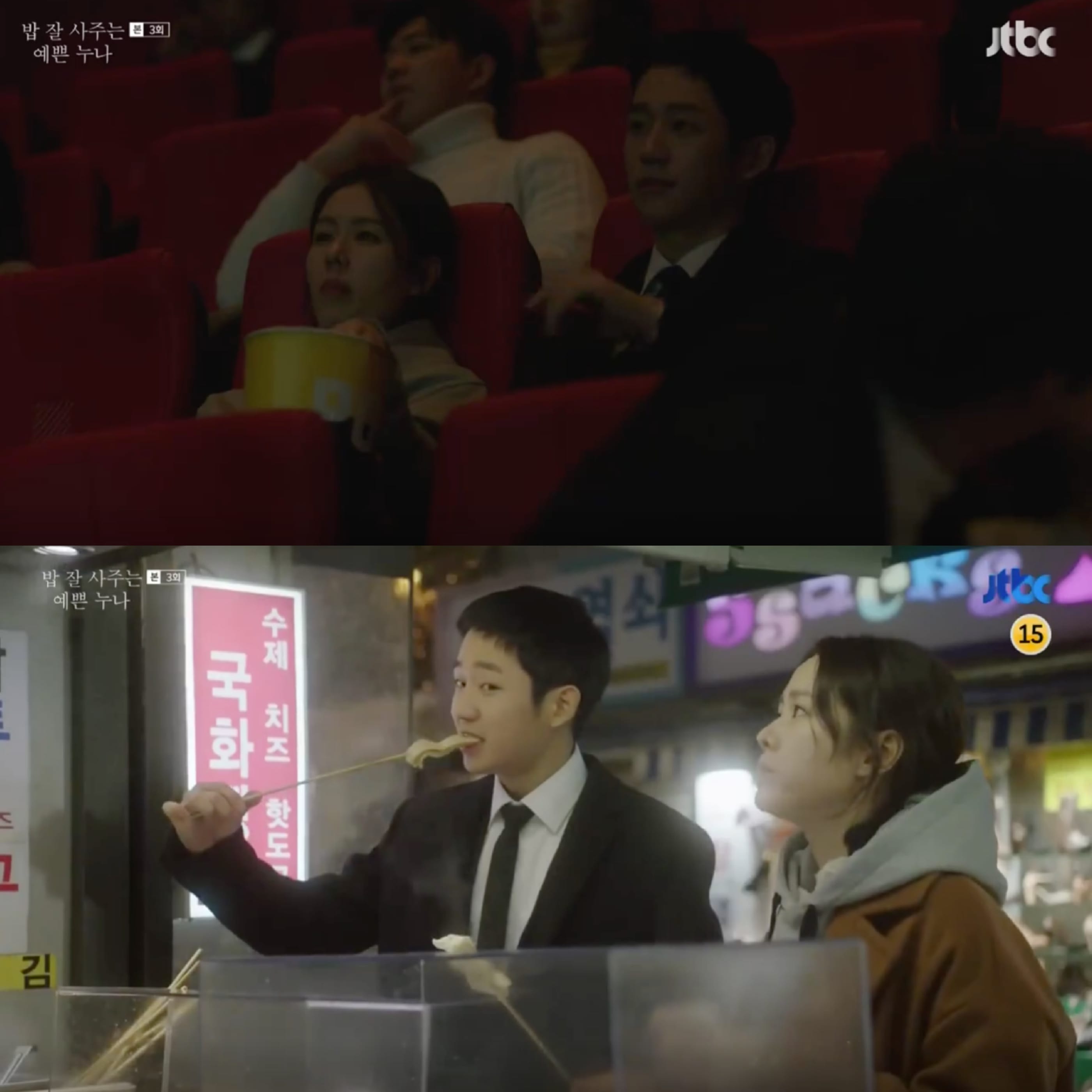 When they’re so close, yet so far

Since the two are teetering in a possible love relationship that could ruin friendship and family, they always keep their safe distance. One scene shows how Joon Hee is desperate to hold her hand or put his arm around her shoulder, yet sadly, he looses the right timing. 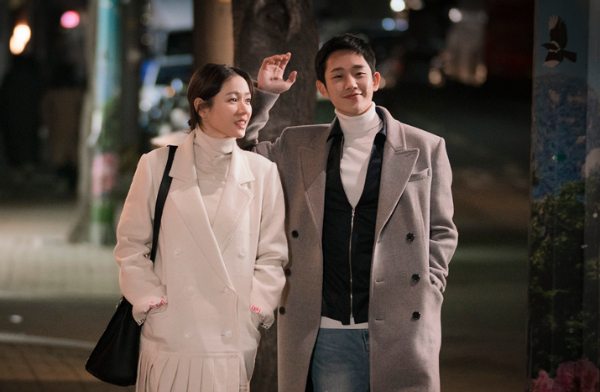 The first time they touch

Timing is everything, and after all the push and pull, Jin Ah is finally able to cross the line and makes the first move to hold his hand from under the table. Of course, the soon-to-be couple will experience many firsts together: the first hug, kiss, and saying “I love you” out loud. But we don’t want to pre-empt those precious moments for you, so you’ll just have to watch them for yourself! 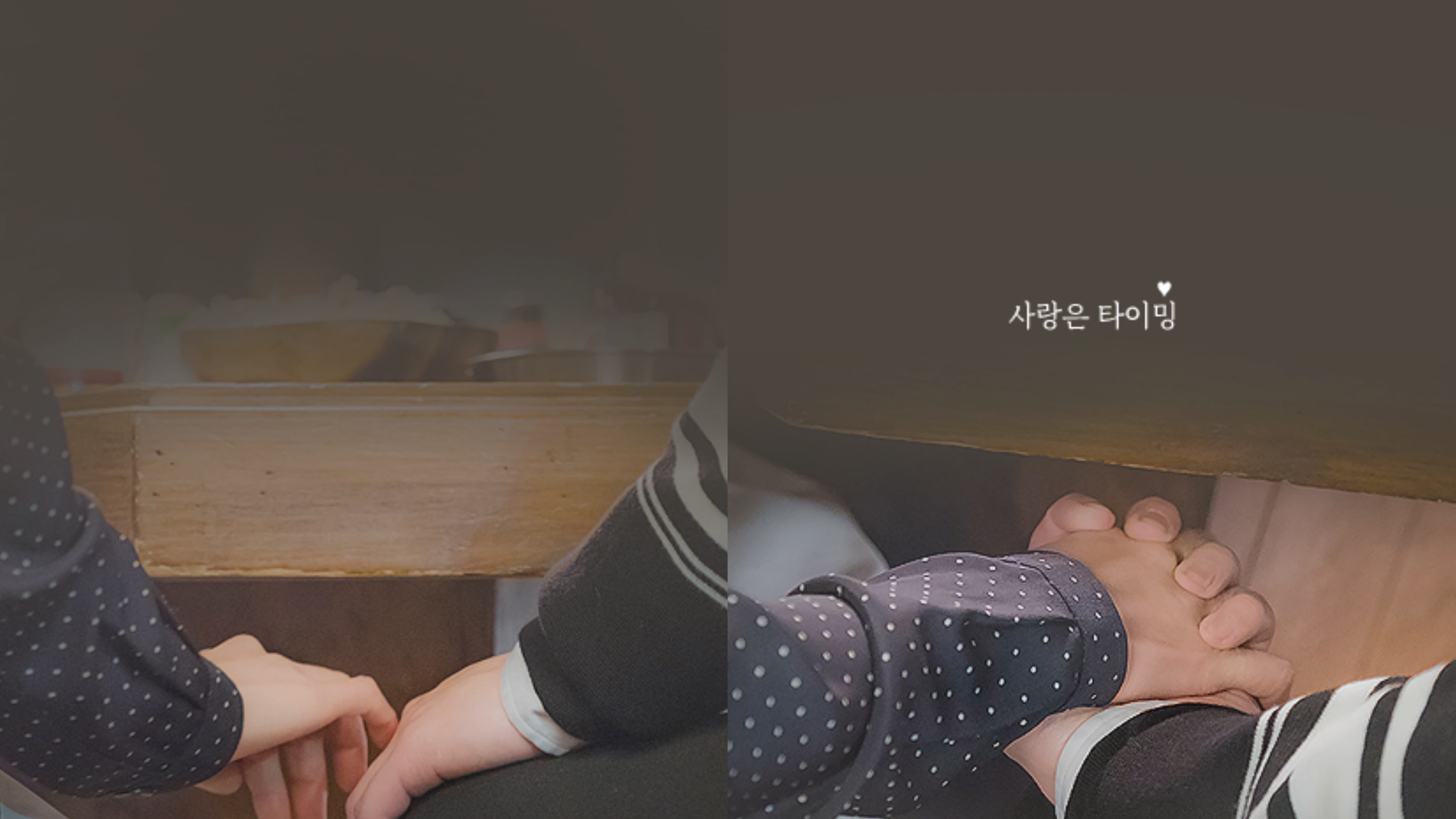 Jung Hae In is the gift that keeps on giving in this drama. His genuine smile and longing gaze towards Son Ye Jin will make anyone believe that he is truly in love with her. What’s particularly even more adorable is how he secretly watches and admires her no matter what she does, and sometimes no matter how embarrassing! 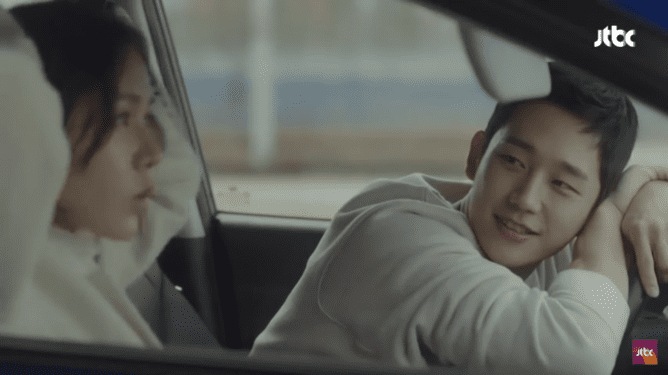 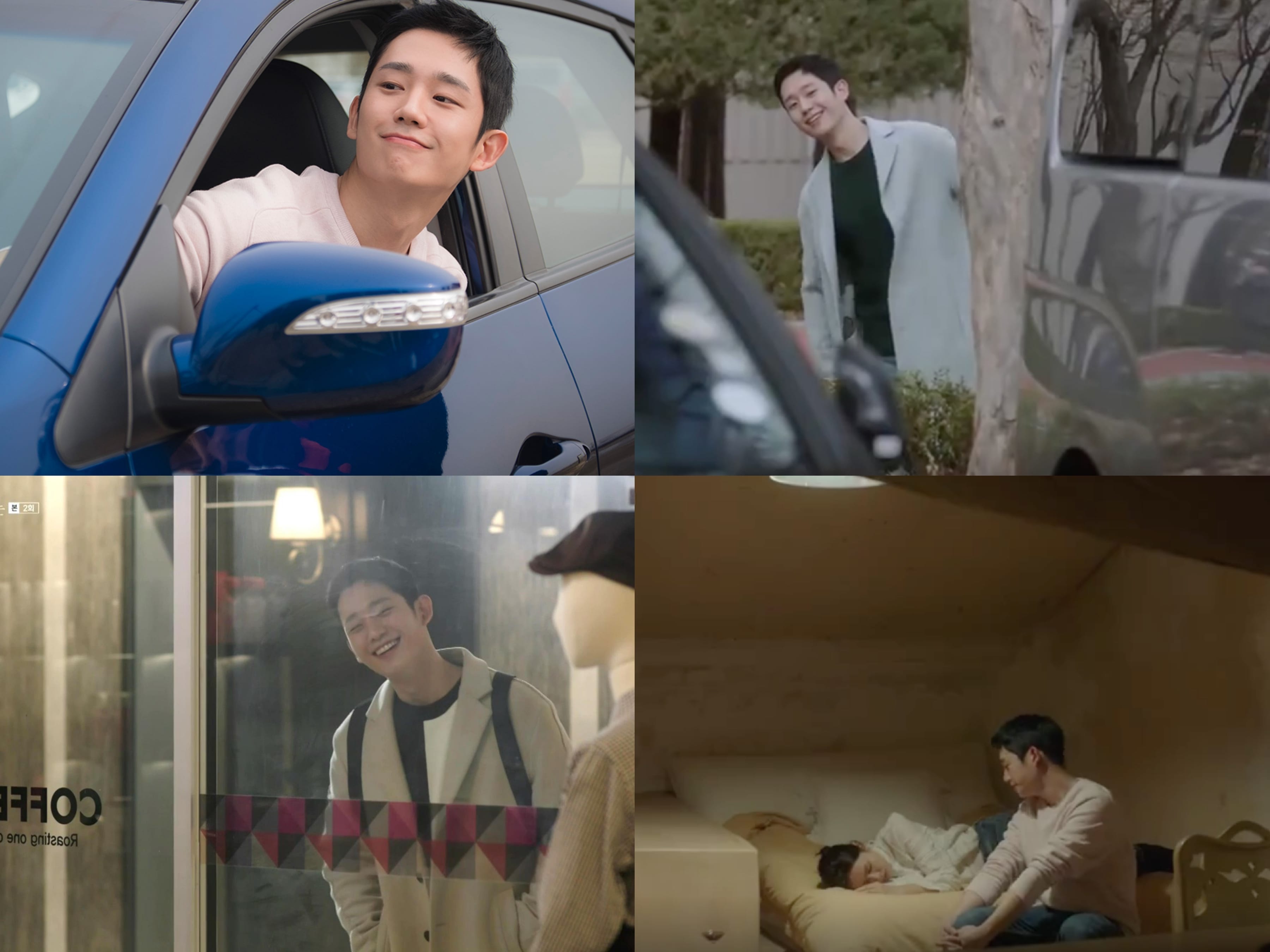 Joon Hee is such a fanboy that he secretly takes a photo of Jin Ah while she sleeps in his car.

Hey Soompiers! Which moment made you fall head over heels so far? Let us know in the comments below!

Soompi Spotlight
Jung Hae In
Son Ye Jin
Pretty Noona Who Buys Me Food
Something in the Rain
How does this article make you feel?