Super Junior’s Kim Heechul shared what he thought about while making the decision not to perform on music shows for the group’s latest comeback.

Kim Heechul talked about his leg injury from a car accident from ten years ago. Ever since “Sorry Sorry,” it has been difficult for him to perform on music shows, and he said that there had been talk since that period of him not performing.

He revealed, “I wasn’t going to perform for ‘Black Suit’, but many of the members are away in the army, so I thought I needed to do it this time with them too. My members were being considerate of me, but then I thought I would rather not do it than do it halfway. It’s painful for me, and my fans would be worried.”

He also said, “The viewers of ‘Ask Us Anything’ know that I don’t play physical games. The cast and crew of the show showed consideration for me by telling me, ‘You’re good at talking, so you don’t need to do those things.'”

Kim Heechul mentioned Lee Soo Man, saying, “Lee Soo Man asked if my leg was okay and told me to be careful, and I answered that I’m making a living by talking.” 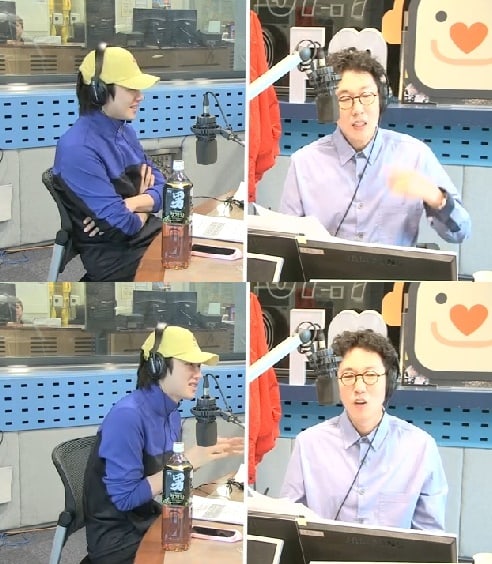 The Super Junior member also talked about how people didn’t really like him in the beginning, when he was making his start on variety shows. He confessed, “When I debuted, Hyun Young, Noh Hong Chul, and I were chosen as the three unlikable celebrities. There were people who liked me and didn’t like me. Some people thought I was a ‘fresh character’ while others thought I had no manners.”

Then Kim Heechul added, “At that time, I had to say something to my anti-fans, and I said, ‘I don’t want to tell people who don’t like me to like me. I’m going to work hard for the people who do like me.’ I created more hostility because of that. During that time, Lee Soo Man encouraged me, saying, ‘I have your back, so what are you afraid of?'”