TWICE graced the cover of fashion magazine CeCi’s May issue!

On the cover, TWICE fully embraces the spring vibe and is styled in bright colors, looking dreamy. The fact that the photo shoot was just two days before their showcase didn’t stop the members from smiling throughout the entire schedule. They committed to the pictorial with their bubbly energy, even though it was on a particularly cold day. 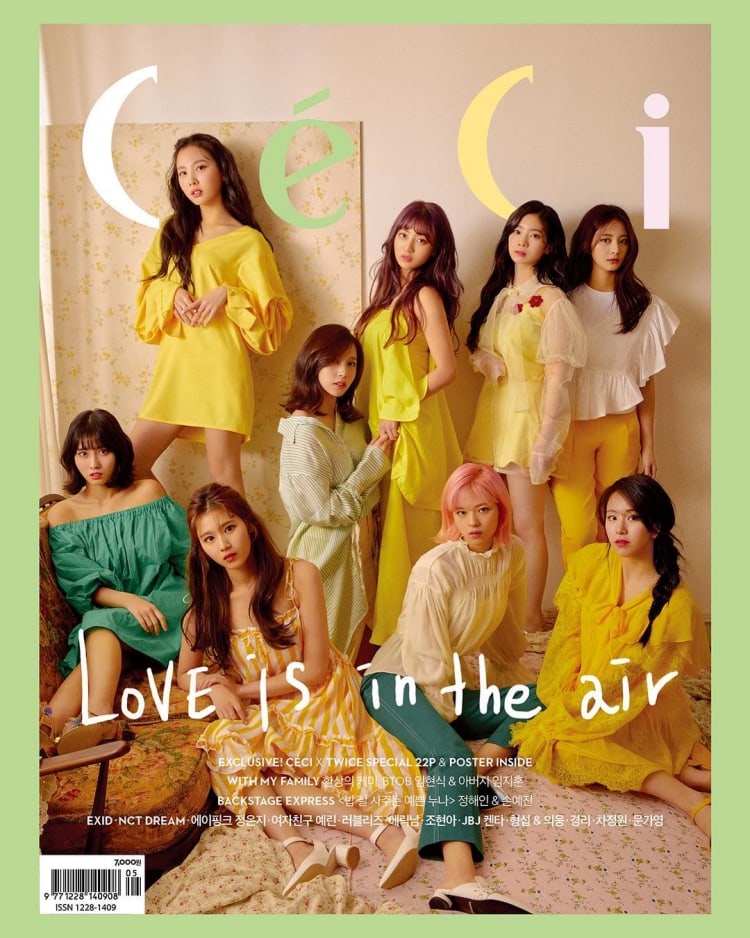 In the interview that followed, TWICE shared how they express love for those around them. Nayeon said, “I express my feelings freely to people who are close and important to me.” Sana explained that she expressed her affection for other TWICE members through playful physical contact while Tzuyu shared her sadness at not being able to show her appreciation for fans as much as she wished. Meanwhile, Dahyun said, “I have a shy personality but I find myself saying corny things without feeling awkward when in front of fans.”

TWICE also talked about filming their music video for “What is Love?“. Dahyun and Jungyeon both wished that the public would look closely at the parts where they each dressed up as a guy.

TWICE recently made a comeback with their new mini album “What is Love?”, immediately topping major realtime charts and setting new records. Their full interview and pictorial can be found in the May edition of CeCi magazine.

TWICE
CeCi
How does this article make you feel?