TVXQ To Make Guest Appearance On “The Return Of Superman”

TVXQ will be making a special appearance on KBS’s “The Return of Superman”!

On April 13, TVXQ were at the rehearsal for KBS’s “Music Bank.” Fans who were there to attend the music show began circulating photos and video clips of Yunho walking around with Si An sitting on his shoulders. 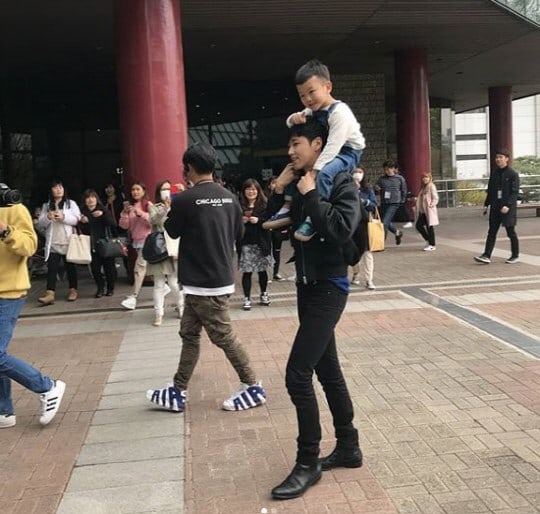 A source from “The Return of Superman” confirmed that the duo would be appearing on the show and added, “TVXQ filmed with us today. They met with Lee Dong Gook’s children, and their appearance will be aired in May.” They added that TVXQ had previously expressed their affection towards Lee Dong Gook’s children, so the production staff worked to set up a meeting between TVXQ, Seol Ah, Soo Ah, and Si An.

TVXQ is currently promoting their latest title track “The Chance of Love” and through their recent promotions, have been actively appearing on more variety shows.

Are you excited to see TVXQ on “The Return of Superman”?

Catch the latest episode of the show below!

TVXQ
The Return of Superman
How does this article make you feel?