On the latest episode of KBS 2TV’s “Hyena on the Keyboard,” GOT7’s JB took viewers behind the scenes of his experience producing music under Park Jin Young’s wing.

During the April 13 broadcast of the reality show, which follows self-producing artists as they compose new music, GOT7’s JB paid a visit to JYP Entertainment founder Park Jin Young. JB, who has written several of GOT7’s songs including their latest title track “Look,” was visibly nervous as he arrived at Park Jin Young’s recording studio to play the producer some of his new songs.

In a separate interview, JB explained, “[Park] Jin Young hyung doesn’t actually listen to the whole verse. He’ll listen to half of it and then turn it off. If he thinks that [a song] is definitely not good, [he’ll turn it off after] 5 seconds.” 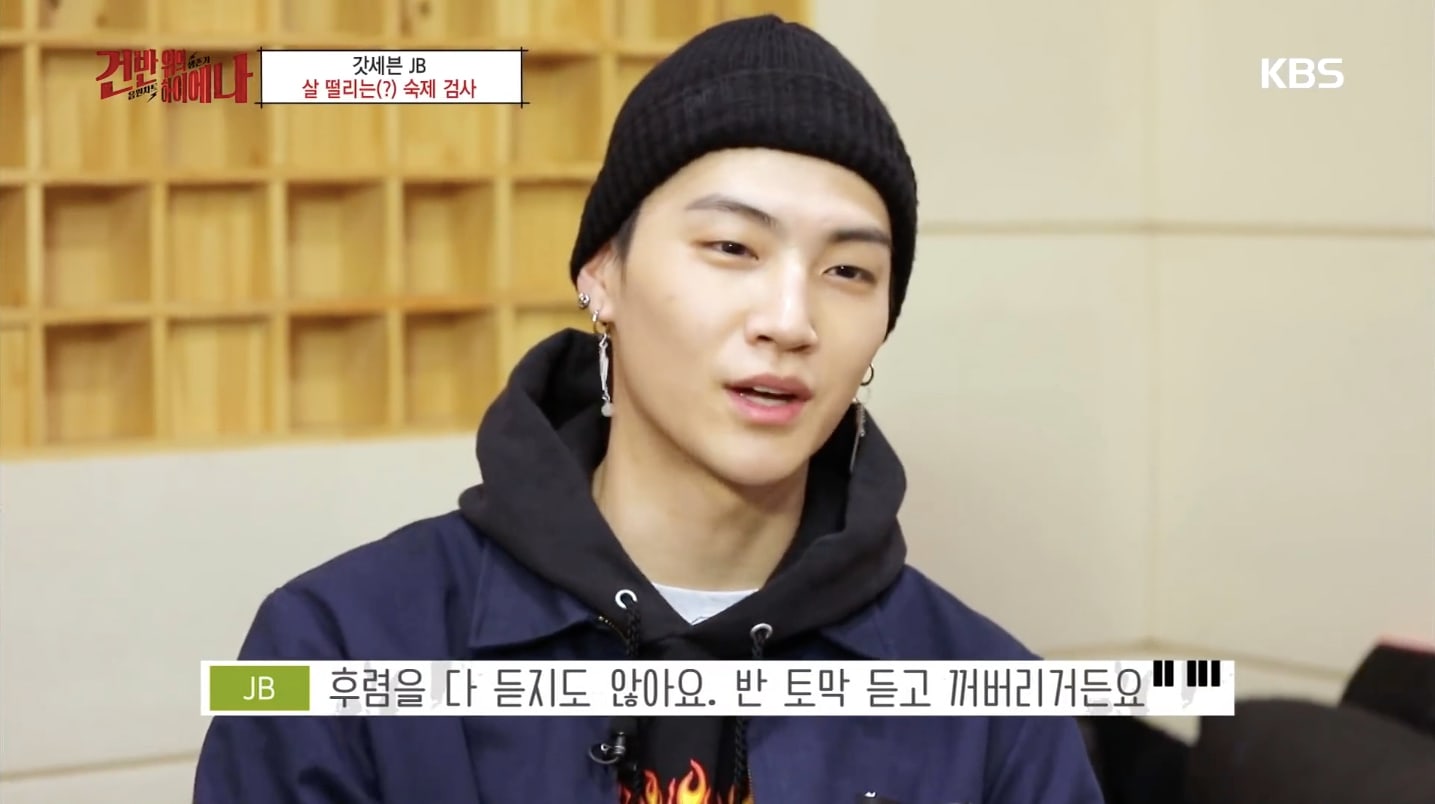 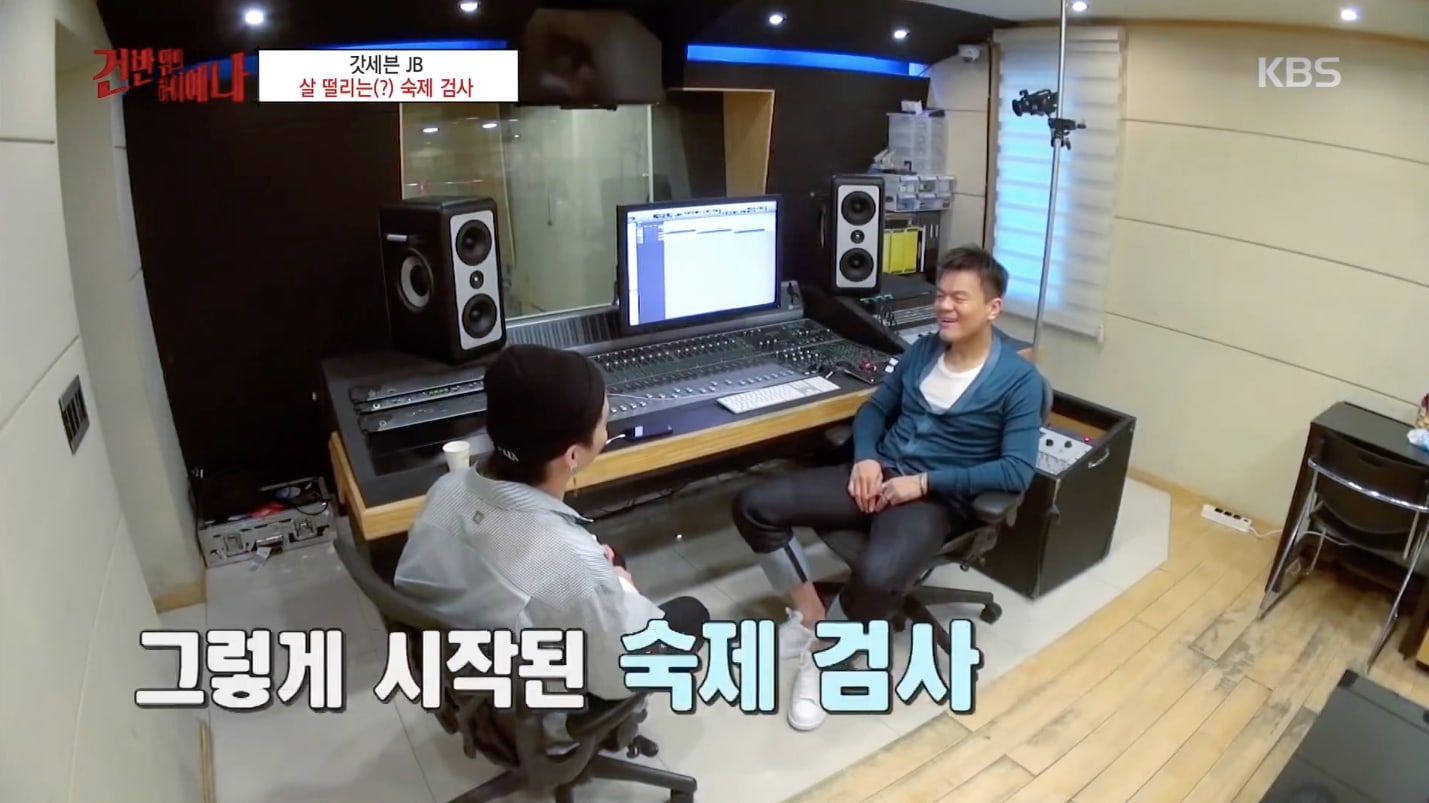 Park Jin Young proved to be just as decisive as JB had described him. Although the producer was encouraging and offered the GOT7 leader thoughtful advice, he was also straightforward and blunt in his criticism. After listening to JB’s first new song for only a few seconds, he turned it off and declared, “I’m not sure the song sounds good.”

JB’s third new track fared slightly better, with Park Jin Young listening to the song for a significantly longer period of time. However, he ultimately concluded, “It feels like the melody is supporting the backing track.”

He continued, “These days, most musicians of your age use only one method when producing music. They’ll either create a backing track or use a backing track made by someone else and then add the melody and lyrics on top of it. Because of that, the backing track often becomes the focus [of the song].”

“Writing a song on top of a pre-existing backing track is also a good method,” he explained, “but if you only use that one method, it has its limits.” 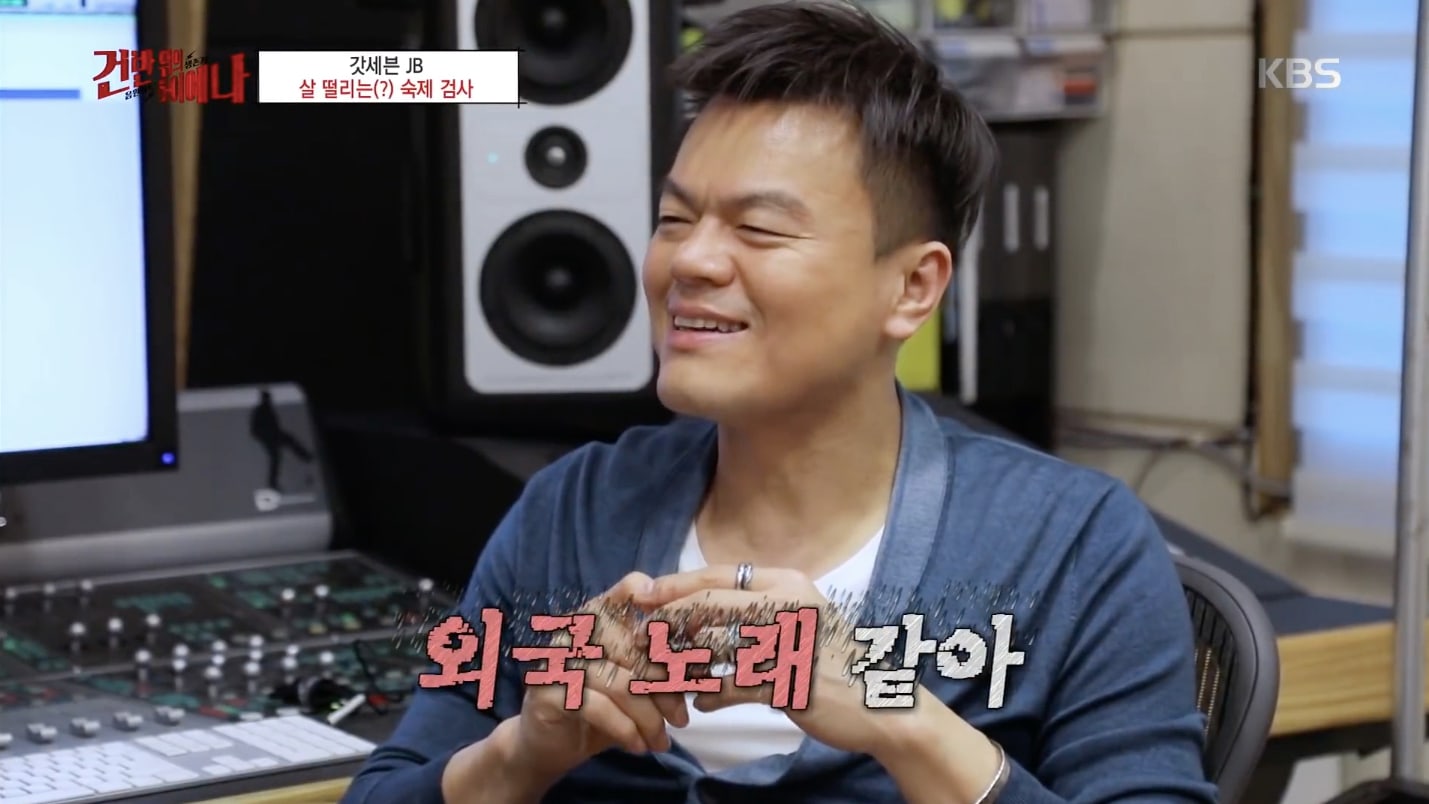 Park Jin Young went on to suggest, “[Think more about] the melody and the lyrics, which the Korean market cares about. You could write a song using only the guitar or the keyboard, or you could even just sing the melody to yourself without using any instruments.”

Later on, JB met up with fellow GOT7 members Yugyeom and Youngjae for a game of bowling. There, he confided in his bandmates about the disappointment of having Park Jin Young turn down all three of his new songs. The idols laughed as Yugyeom recalled a time when Park Jin Young had hilariously dismissed a track by saying, “Delete it immediately! Erase it even from the trash can.” 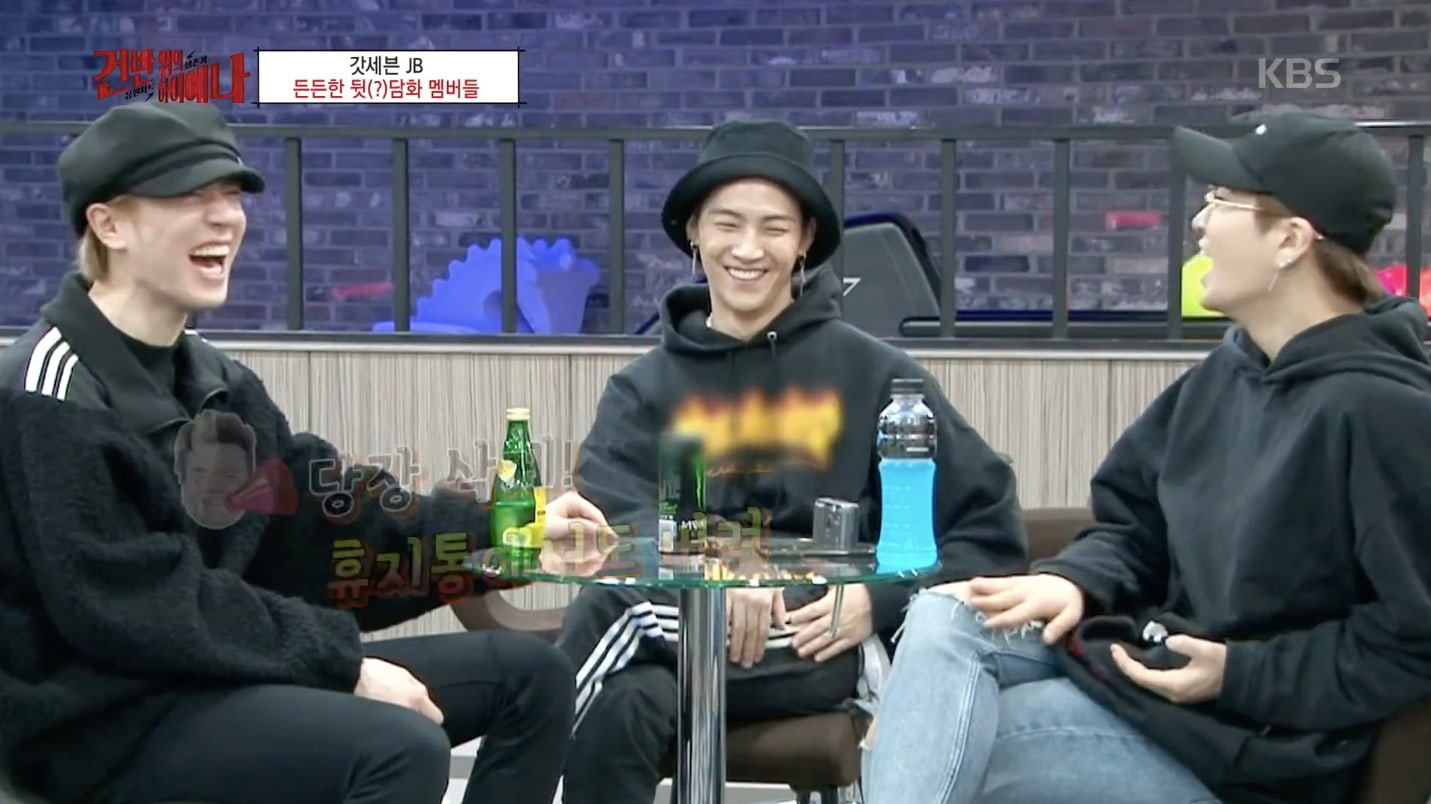 JB commented, “[Park Jin Young reacts to songs] differently depending on his mood that day.” Youngjae agreed, “That’s definitely true. It depends on whether he’s eaten something delicious or not.” JB then recalled a time when Park Jin Young’s attitude in the recording studio had changed dramatically after a manager had arrived bearing ice cream.

Yugyeom jokingly suggested to JB that he bring Park Jin Young food the next time he visited him with a new song. He asked, “What about sushi? There was that time in Japan when he became really happy after eating sushi.” 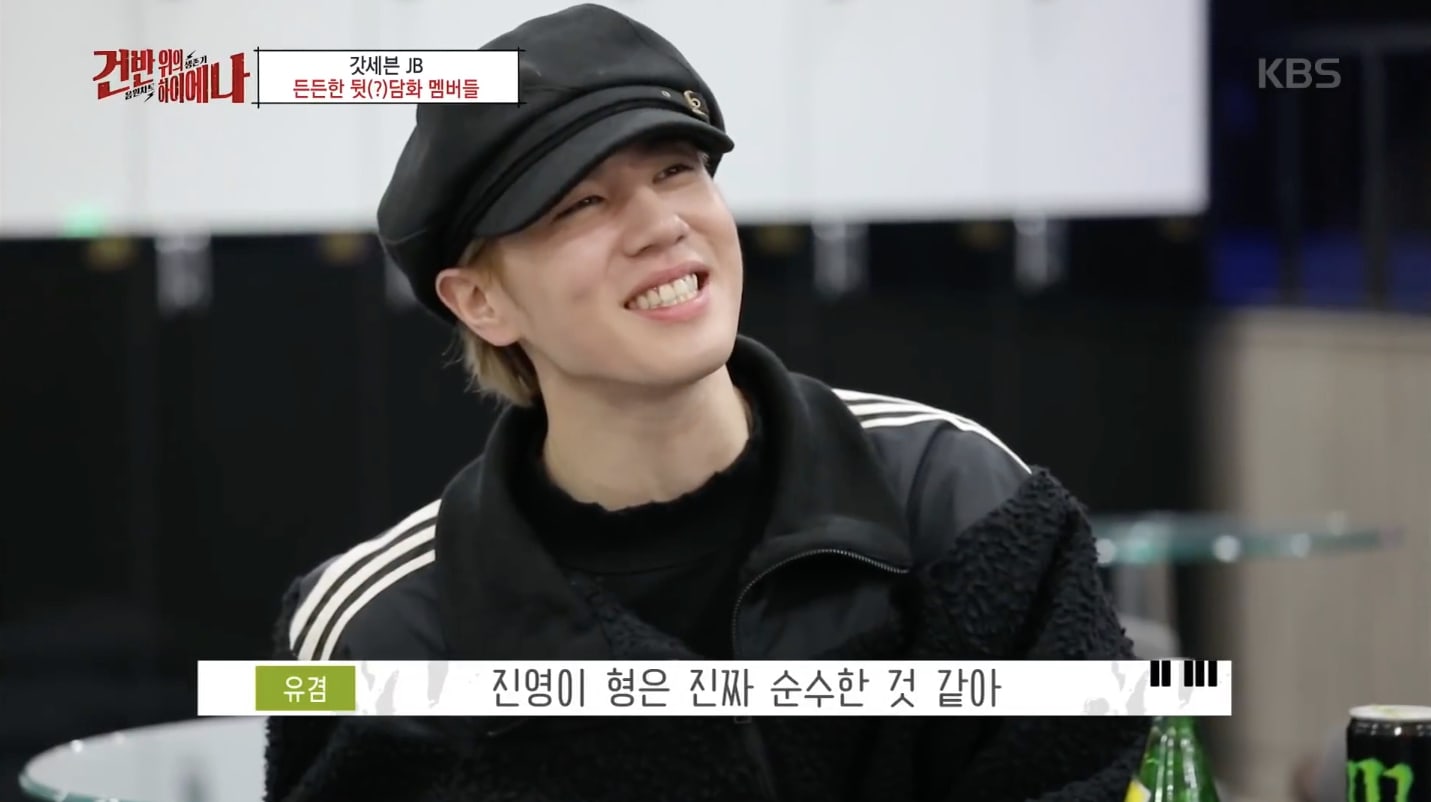 GOT7
JAY B
Park Jin Young
Hyena on the Keyboard
How does this article make you feel?