SHINee’s Taemin made a surprise appearance on the latest episode of “Seoulmate!”

The April 14 broadcast showed the three sisters from Sweden, Matilda, Moa, and Amanda spending their last day in Korea with their host Goo Hara.

Goo Hara took the sisters to a K-Pop gift shop and told them, “I’ll buy everything so choose whatever you want.” The sisters excitedly browsed the store, choosing a notebook decorated with pictures of SHINee’s Taemin, a Girls’ Generation umbrella, and more.

However, that was not all Goo Hara had planned for her guests. She excused herself to use the rest room, but secretly met up with Taemin. Goo Hara explained to Taemin, “The youngest sister Moa is a really big fan of yours.” 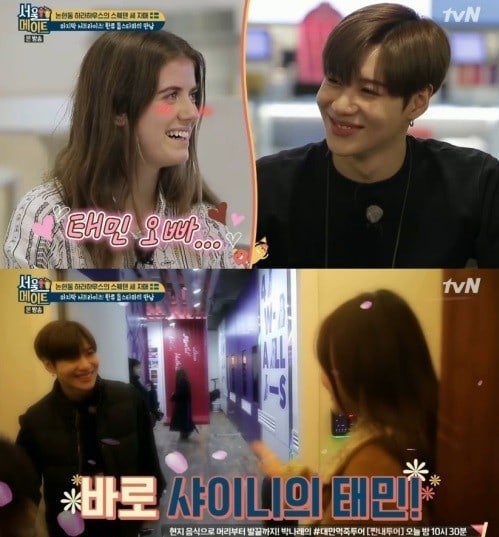 After shopping, the three sisters and Goo Hara went to a cafe to chat and relax. Taemin then made a surprise appearance disguised as a cafe worker. The sisters could not hide their surprise and happiness at seeing Taemin. Moa went bright red in the face as she greeted him, and she showed her sisters how much her hands were shaking. 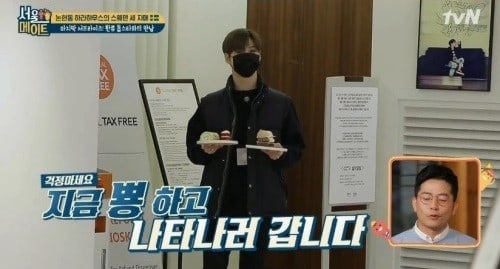 Taemin asked the sisters what their favorite SHINee song is, and Moa and Amanda surprised him with a rendition of SHINee’s debut song “Replay.” Taemin was touched by the fact that they had memorized all of the Korean lyrics, even putting in harmonies as they sang. To show his appreciation, he gave each of them a signed copy of his solo album as a parting gift.

SHINee
Goo Hara
Taemin
Seoulmate
How does this article make you feel?