During the latest episode of the “Infinite Challenge” special that aired on April 14, HaHa confessed that he had been scared to return to the show after he was discharged from the military.

The “Infinite Challenge, 13 Years of Saturdays” special is taking a look back on the show as it has come to an end. The most recent episode covered the show between 2008 and 2012, what many consider to be the show’s golden years.

HaHa enlisted for his mandatory military service in 2008 and returned to the show two years later in 2010. Regarding this, producing director (PD) Kim Tae Ho stated, “I think HaHa was very fearful about returning to the show because he’d watched the other members grow over the two years he was gone. He was scared whether he’d be able to do his part for the show.”

HaHa confirmed this as he honestly confessed, “I was scared to return to the show. I think I wasn’t confident that I would be helping the show in any way if I returned. I struggled a lot during that time I was debating whether to return or not.” 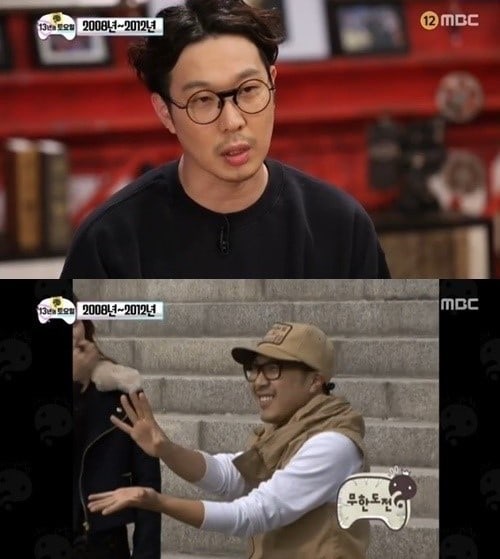 Though HaHa may not have been sure about his importance for the show, the cast and crew always considered him to be pivotal. Jung Joon Ha said, “We started off with six people and went through some changes. They were unavoidable situations, but if I’m honest, I think I felt HaHa’s absence the most.” Kim Tae Ho said, “HaHa plays a major role in ‘Infinite Challenge.’ I would say that he plays as big as a part as Yoo Jae Suk, and he really helps other people shine with him. When he had to enlist, the staff were very worried about how we could keep ‘Infinite Challenge’ going without him.” 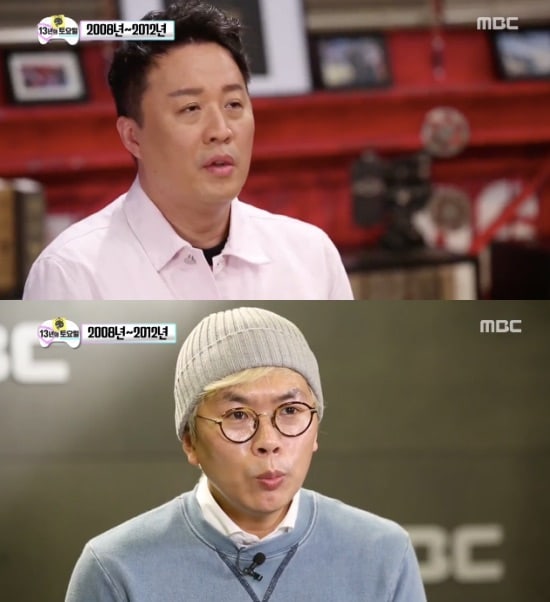 Watch the latest episode of the “Infinite Challenge” series below!

HaHa
Infinite Challenge
How does this article make you feel?