Season one of “Super TV” has come to an end.

On April 13, XtvN and tvN’s “Super TV” aired its season one finale and the second part of its sports competition with girl groups.

Each member of Super Junior teamed up with a girl group: Shindong and CLC, Donghae and WJ (of WJSN), Leeteuk and SN (of WJSN), Eunhyuk and Weki Meki, Yesung and gugudan, and Kim Heechul and fromis_9.

The first game was “strategy tug-of-war” where the teams split up into two teams on each side of the rope. Leeteuk, Eunhyuk and Donghae’s team beat Heechul, Yesung, and Shindong’s team by using speed over strength. 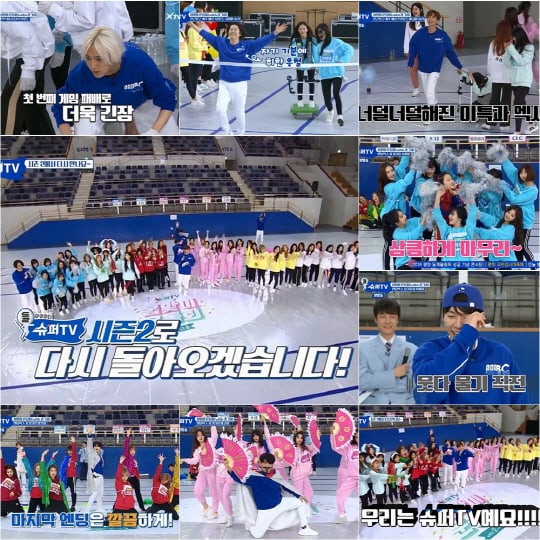 The second competition was a relay race with four runners from each team. The runners had to carry a cart with bags of sand, and more sand was added as the race continued. Heechul and fromis_9 won the first preliminary round while Shindong and CLC won the second.

The third and final competition was the talent show with random props. The teams selected their own songs and created their own choreography to put on six unique stages. Eunhyuk and Weki Meki won with a well-coordinated performance.

“Super TV” premiered on January 26 and aired its final episode on April 13. The show will return for a second season sometime in the future.