During the April 14 episode of the KBS music variety show, TWICE talked about their new title track “What is Love?” and the meaning behind the song’s lyrics. Leader Jihyo remarked, “Producer Park Jin Young personally composed our title track this time. The song is about a girl wanting to experience the love she learned about in books, movies, and dramas for herself in real life.”

MC Yoo Hee Yeol jokingly replied, “I heard that Park Jin Young wrote your new song and was very worried. But as soon as I heard it, I thought that it would do well. Fortunately, there was no ‘JYP’ in the [song’s] introduction.”

As the TWICE members all cracked up at his comment, Yoo Hee Yeol went on to ask, “[Park] Jin Young also wrote all the lyrics himself, right?” After TWICE confirmed that he had, he continued, “I looked at the lyrics, and they were totally from the perspective of a young girl. How does Park Jin Young write [lyrics] like that?”

TWICE earnestly replied, “We want to know too. We’re really curious ourselves.” 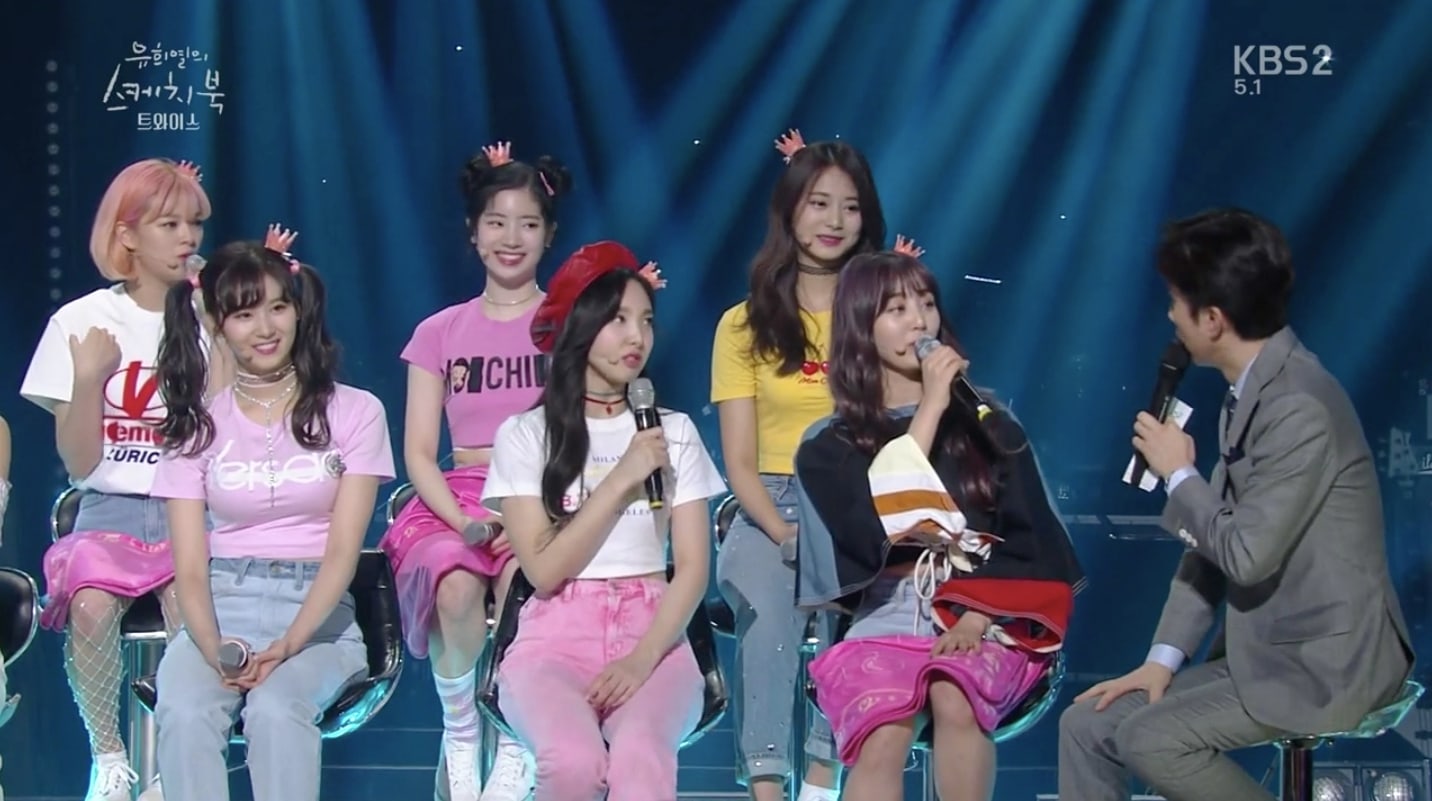 Yoo Hee Yeol then asked the group to pick the line from “What is Love?” that they found most girlish, and several of the members instantly agreed on Sana’s line, “They say it’s sweet like candy/They say it feels like flying through the sky.”

Nayeon speculated, “In my opinion, it seems like producer [Park Jin Young] wrote the lyrics while using the ideal image of a young girl in his mind and imagining [her perspective].”

Jeongyeon added, “He also choreographs our dances,” while the other members chimed in, “He even teaches us the choreography himself.”

Expressing his disbelief, Yoo Hee Yeol asked TWICE which part Park Jin Young had choreographed. To his surprise, they revealed that he had choreographed the dance to the same girlish line that they had mentioned earlier. 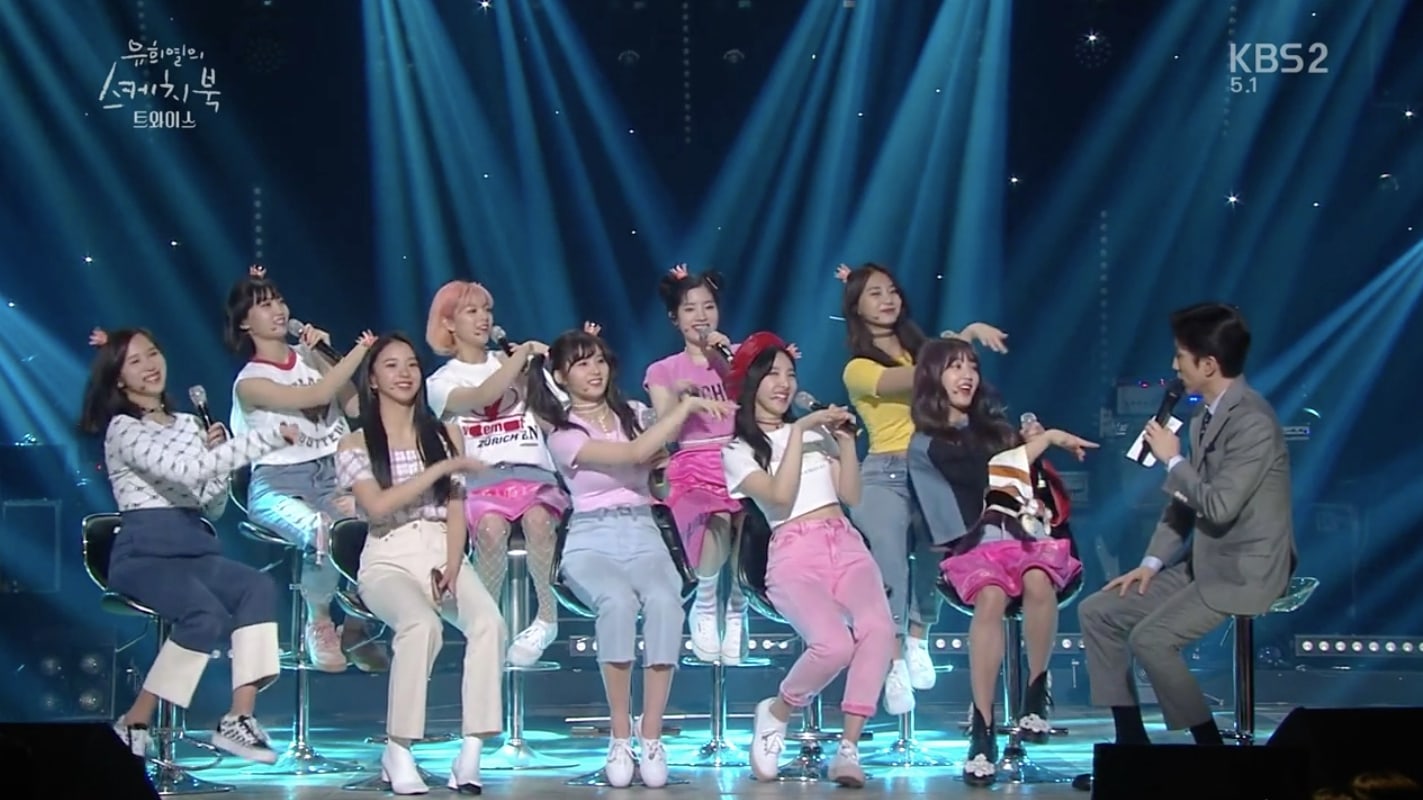 You can check out TWICE’s performances from the show here!