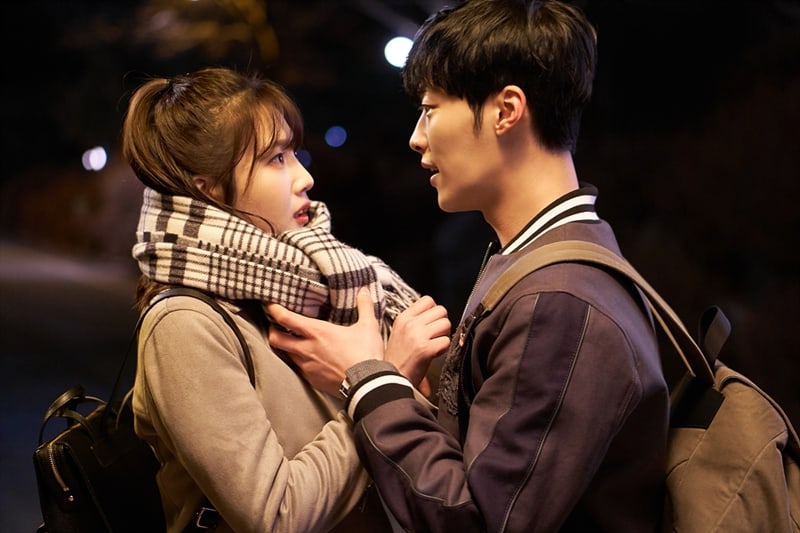 Though Kwon Shi Hyun first met Eun Tae Hee through the bet he made with Choi Soo Ji, he began to develop sincere feelings for her. This was only the beginning of an unfortunate fate between the two, as he recently discovered that she was the victim of his mother’s hit-and-run. Knowing this, he made the difficult decision to leave her and broke up with her. Here are three heartbreaking moments in their relationship so far.

After Tae Hee told him she would break up with him initially, Shi Hyun realized that it hadn’t been just a game, but that he genuinely loved her. He then got back together with her, and kept his relationship a secret from his best friends Soo Ji and Se Joo. One of their sweetest moments was a rooftop star-gazing date. Despite the romantic evening, Shi Hyun began to become nervous, as his happiness was based on the secret of his initial intentions.

During their date, Shi Hyun watches Tae Hee as she enthusiastically talks about the stars, and thinks to himself, “When winter comes again, can I be next to you? You’ll probably know the huge lie within me sometime. I’m scared for the first time.” He then kissed her passionately, as if he wanted to treasure every minute and every second with her.

Shi Hyun was shocked when he found out that Tae Hee was the victim of his mother’s hit-and-run. He hadn’t even told her the truth of the game of seduction, and he was given another secret that would ruin their relationship. He pondered upon the matter for a while, but ultimately decided that their relationship was one that wasn’t meant to be, and made up his mind to break up with her.

With a heavy-heart, he called is Tae Hee in front of his best friends, and purposefully belittled her in front of them. She asked him, “Have you begun to dislike me?” to which he answered that he did. However, the moment she left, his expressionless face turned to sadness, showing how much he had suppressed his pain.

After Shi Hyun broke up with her, Tae Hee put on a brave face, when in fact she was devastated. Her veiled sadness was revealed as soon as she saw Shi Hyun’s face. As she drunkenly refused to leave the restaurant, he tried to get her to leave. She asked him, “Why? Why don’t you just pick me up and go? Why don’t you pick me up and just throw me away like a package?”

Shi Hyun eventually piggy-backed Tae Hee to take her home. On the way, she wrapper her arms around his neck and pleaded, “Don’t go. Please don’t go.” Shi Hyun bit his lip and held back his tears, while Tae Hee cried and hugged him as she begged, “Let’s just stay like this for a bit.” He then stood there, unable to embrace nor push her away. 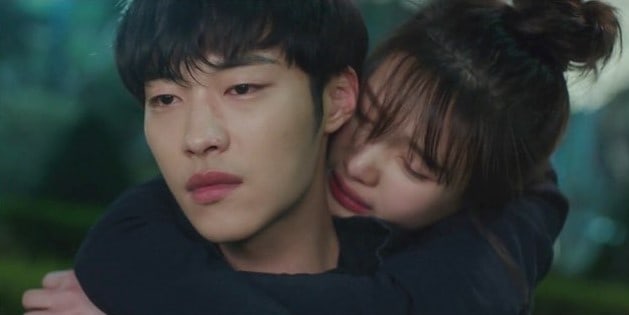