Urban Zapaka’s Jo Hyun Ah recently addressed the dating rumors between her and MYNAME’s Chaejin in a V Live session.

Jo Hyun Ah began the broadcast by telling people not to get cold due to the temperature changes. She then carefully brought up the topic of the dating rumors. She commented, “At first, because there was so much interest, I was a little sad and scared. But I overcame it in a day.” 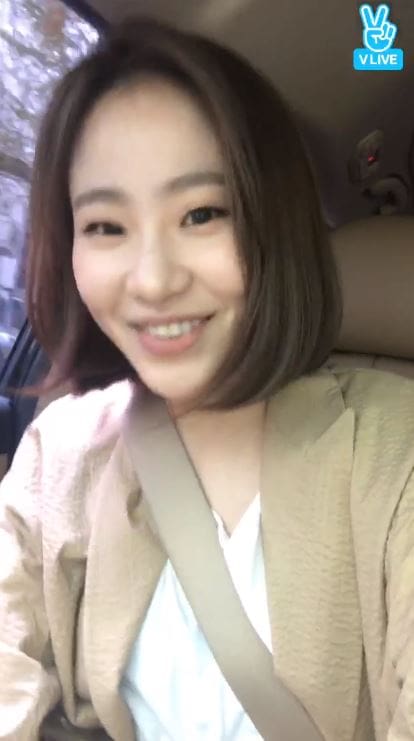 She reassured her fans that the rumors, such as that Chaejin was not wearing pants or that they had been playing embarrassing games, were false and that she was doing okay. The singer then promised that she would work hard to meet her fans with more mature music. She shared, “My new album is coming out soon. My goal is to heal you all with my music. I will meet you all after working hard on and preparing my music.” She also reminded fans that the album would be out on April 18.

Jo Hyun Ah concluded the session by saying that she felt she needed to work harder because of all the messages of support she had received. She thanked everyone and said goodbye.

The singer was previously a mentor on KBS’s “The Unit,” on which MYNAME’s Chaejin was a contestant. The two were recently swept up in dating rumors after photos of the two together in a casual setting circulated online. Jo Hyun Ah’s agency denied the rumors and Chaejin also apologized for the rumors.