The latest episode of MBC’s “King of Masked Singer” revealed the identity of “Dandelion Girl” to be the leader of a rookie girl group who is usually known for her stoic expressions.

Both contestants wowed the audience, which was reflected in how close the votes were at 51 to 48. The victory went to “Cherry Blossom Girl” by a difference of just three votes.

Performing Epik High’s “Umbrella (featuring Younha), “Dandelion Girl” took off her mask to reveal that it was none other than PRISTIN’s Nayoung. She first made her debut as a member of project group I.O.I after appearing on “Produce 101” and is currently the leader of PRISTIN. Nayoung is the second PRISTIN member to appear on the show after Kyulkyung shone on stage earlier this year. 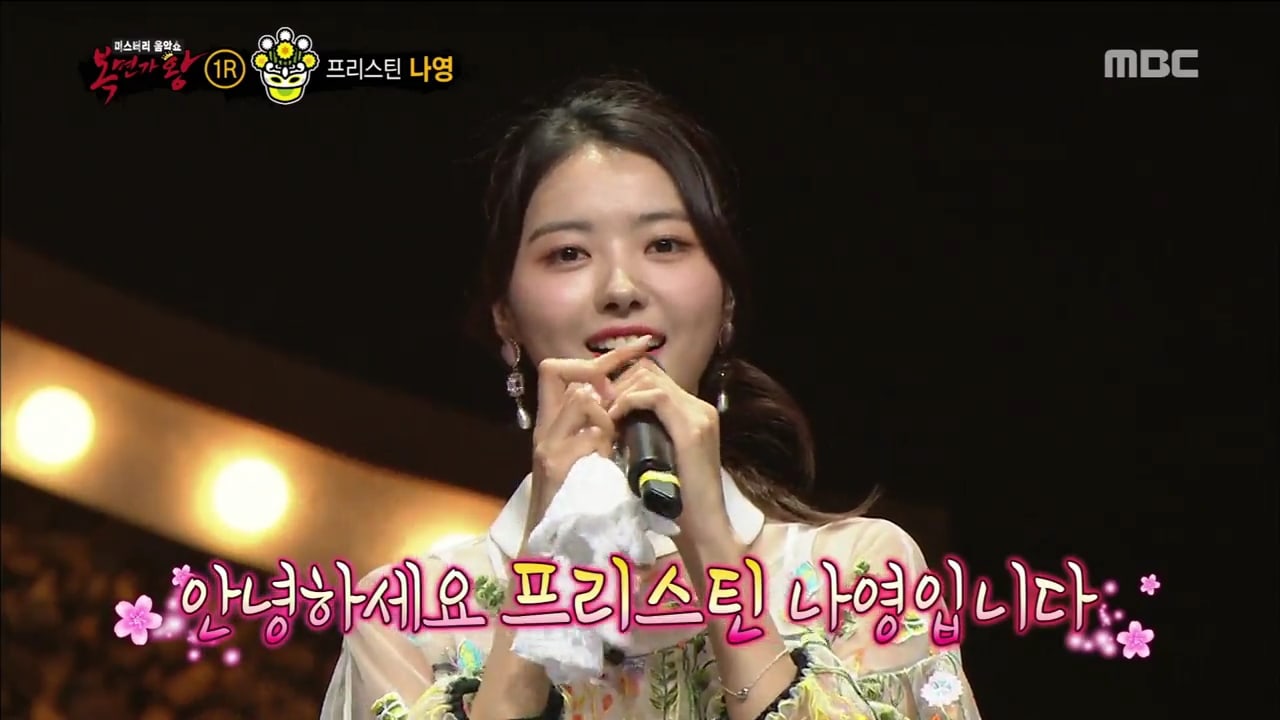 Nayoung is known for her stoic expressions, even having the nickname “Stone Nayoung,” and she explained, “I naturally don’t have a lot of varied facial expressions, but I think it was more pronounced on ‘Produce 101’ because I was so nervous.” She then tried to express a variety of emotions but they all came out quite similar.

When asked how she felt about appearing on the show, Nayoung said, “I was a trainee for about five years, and I thought appearing on ‘King of Masked Singer’ would be a great opportunity to showcase my voice. I feel like I’ve gained confidence through my appearance. I will continue to work hard to become a singer who moves people.”

After the show, PRISTIN’s Twitter account shared photos from Nayoung with the caption, “Dandelion girl Nayoung, who is as sweet as spring, as ridden the wind to come see you. Her luxurious voice that sounds like it has a filter on it, HIghs [official fanclub name], you recognized it immediately, right? Narong’s voice was amazing.”

Catch her performances in the latest episode of “King of Masked Singer” below!

PRISTIN
Lim Nayoung
The King of Mask Singer
How does this article make you feel?